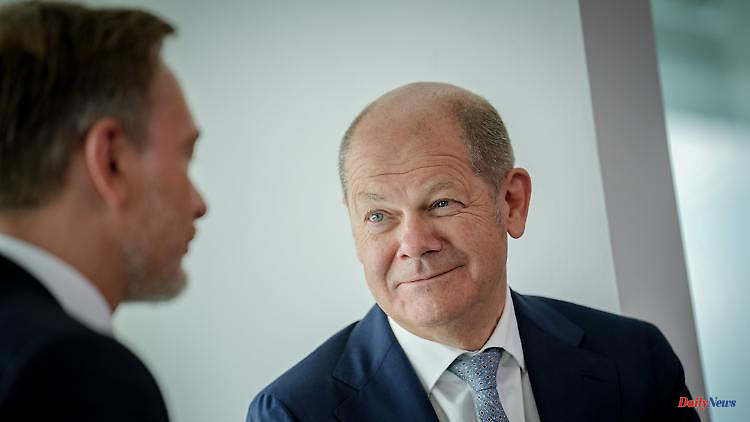 Millions of people in Germany fear exploding energy costs. Chancellor Scholz wants to relieve them with a tax-free one-off payment. But that only works if employers and unions play along - and the Federal Minister of Finance. However, he is skeptical.

Federal Minister of Finance Christian Lindner reacted cautiously to Chancellor Olaf Scholz's proposal to transfer employees a tax-free one-off payment. "One-time payments can make sense if the collective bargaining partners agree on it," Lindner told the "Handelsblatt". "Responsibility for reasonable wages and salaries lies with the employers and unions," emphasizes the FDP leader. "It cannot be taken over by the state."

The "Bild am Sonntag" had previously reported that Scholz is in favor of a tax- and duty-free one-off payment by employers to compensate for rising energy costs. This should be transferred in the next year, it is said. In return, unions should therefore forgo part of the wage increases in collective bargaining rounds.

According to the “Handelsblatt”, the special payment should be based on the model of the tax-free Corona bonus. This is tax-free up to an amount of 1,500 euros, but for Linder the wrong approach: "Where companies make high profits, subsidies for these employers by the state are not indicated," he told the newspaper. That is why the tax-free corona bonus cannot be a role model when it comes to fighting inflation. "It would also be difficult for the federal and state governments to finance its unconditional expansion to the entire economy," said the FDP leader.

On July 4, the federal government wants to consult with trade unions and employers on what measures can be taken to combat high inflation. The advantage of the one-time payment should be that it would not result in a wage-price spiral in which rising wages automatically lead to higher prices. In addition, it would quickly reach the citizens and, above all, support people with low and middle wages.

However, since only 43 percent of employees in Germany are paid according to the collective agreement, separate solutions are needed for employees who are not bound by a collective agreement and pensioners with a small pension. It is being worked on, reports the "Bild am Sonntag". According to this, one-off government payments are under discussion for these population groups.

Economists are divided. The director of the employer-related Institute of German Economics, Michael Hüther, called one-off payments in the "Handelsblatt" a "proven instrument" in collective bargaining and salary increases. "Here, as with the Corona premium, the state could make these payments tax- and contribution-free, if necessary up to a maximum amount per year," he said. Then these amounts would be available gross for net. The Corona bonus was tax-free up to 1500 euros.

The President of the German Institute for Economic Research, Marcel Fratzscher, considers special payments from employers to be of little use. "Higher wages and social benefits are the only sustainable way that people on low incomes can cope with higher energy and food prices in the long term," he told the "Handelsblatt".

The President of the Munich Ifo Institute, Clemens Fuest, was also critical. "Full-coverage aid for all workers is the wrong approach," he told the newspaper. The state should help those groups that cannot bear the higher costs themselves because otherwise they would get into trouble. These are households with very low incomes. "Everyone else has to bear the costs, as unpleasant as that is."

The historical model for the concerted action dates back to the 1960s. At that time, trade unions had promised to hold back on wage demands, in return the state supported the economy.

In May, the German inflation rate reached 7.9 percent, its highest level since the winter of 1973/1974. Economists think further increases are likely - especially if Russian gas supplies fail to materialize. 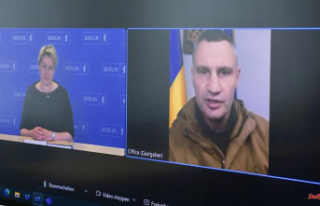