"Sun in Crimea in January": Kyiv: No break in fighting due to sub-zero temperatures

Will the fronts in the Ukraine war freeze in winter? The Ministry of Defense in Kyiv waves it away: Even with sub-zero temperatures, there will be no end to the fighting. 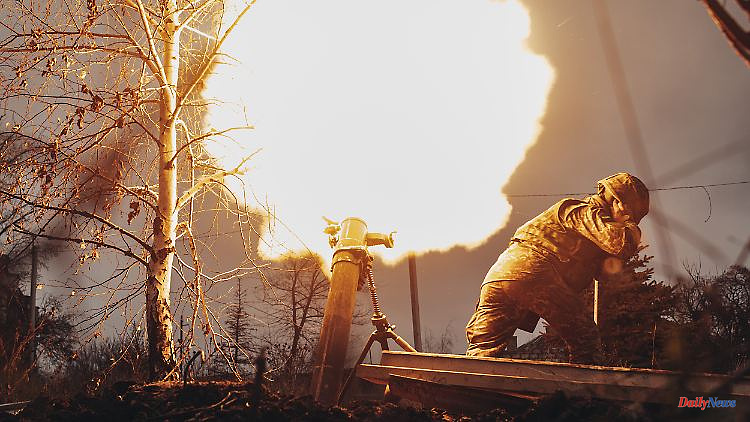 Will the fronts in the Ukraine war freeze in winter? The Ministry of Defense in Kyiv waves it away: Even with sub-zero temperatures, there will be no end to the fighting. Meanwhile, President Zelenskyy is reporting ongoing heavy fighting in the Donbass.

The Ministry of Defense in Kyiv has denied speculation by Western media and military officials that there could be a pause in fighting on the fronts in the winter. "Anyone who talks about a possible 'pause in hostilities' because of the sub-zero winter temperatures has probably never sunbathed on the southern coast of Crimea in January," the agency said on Twitter.

Meanwhile, Ukrainian President Volodymyr Zelenskyy reported in his daily video address of ongoing heavy fighting in Donbass in eastern Ukraine. The area around Donetsk in particular is heavily contested, according to Zelenskyj. "Although there are fewer attacks due to the worsening weather, unfortunately the number of Russian artillery raids remains high." There are also reports of fighting from the Luhansk region. On Sunday alone, the Russians fired almost 400 grenades, Zelensky said.

The General Staff of the Ukrainian Armed Forces had previously reported continued clashes on various front sections in the east of the country. At Luhansk, several Russian advances were fended off, it said.

According to Zelensky, Russia has already fired around 4,700 rockets at targets in the neighboring country since the start of the war of aggression against Ukraine. "Hundreds of our cities have practically burned down, thousands of people have been killed, hundreds of thousands have been deported to Russia," Zelenskyy said in a video message to the international Francophonie organization, whose representatives met in Djerba, Tunisia. "And millions of people have left Ukraine to seek protection from the war in other countries," he said.

Last Tuesday alone, Russia fired almost 100 rockets at Ukraine. "Hundreds of different missiles against our cities, against residential buildings, against companies, against power plants," said Zelenskyy. As a result of these attacks, more than 20 million people were temporarily without power. Zelenskyy asked the member states of Francophonie for help. "Ukraine really wants peace. But to restore peace, we need support." A return to peace is quite possible, he said. "But it is possible if everyone in the world understands that nobody in the world deserves a single day of terror." 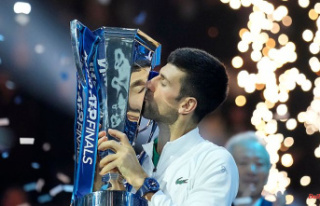 Success at the ATP Finals: Djokovic crowns himself...