A day after Putin fires his favorite lawyer, Russia's ruler has already found a new job for Natalia Poklonskaya. 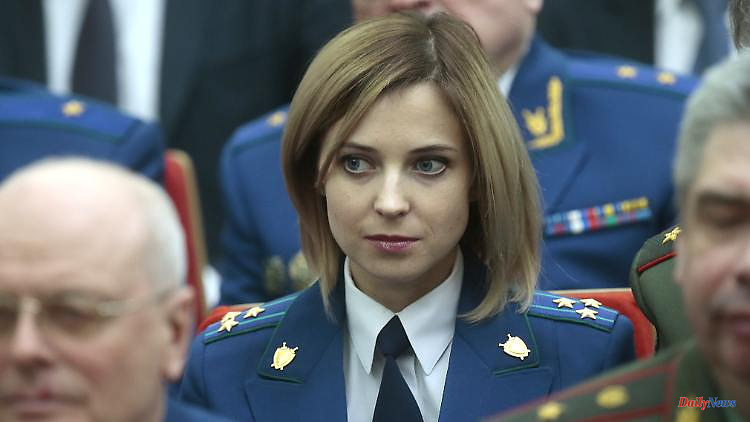 A day after Putin fires his favorite lawyer, Russia's ruler has already found a new job for Natalia Poklonskaya. "Postergirl", who was criticized for her criticism of the Ukraine war, is now advising the Attorney General. At the same time, she will probably be placed under supervision.

The well-known lawyer Natalja Poklonskaya has been appointed as an adviser to the Russian Prosecutor General Igor Krasnov. Poklonskaya reported this on Telegram and the Russian platform VKontakte as well as Russia's state news agency Tass. It was only on Monday that Kremlin boss Vladimir Putin had decreed that the lawyer's position as deputy head of Rossotrudnichestvo - an organization affiliated to the Russian Foreign Ministry that advocates for Russia's interests in other ex-Soviet states - was revoked.

"I know there will be many congratulations - I thank everyone in advance for their support and interest in my ministry," wrote Poklonskaya, who announced on Monday that she "has taken on a different role." At the same time, she now emphasized that she will carry out the tasks specified by the Russian Prosecutor General in accordance with the federal law "On the Prosecutor's Office of the Russian Federation" and that she will cease her public activities in this regard.

"I am closing my social media pages and all public activities. I will now concentrate on completing the tasks," wrote the lawyer. "I would like to inform the media that the press office of the Prosecutor General's Office of the Russian Federation is available for comments."

Putin helped Poklonskaya, who was born in Ukraine, to a rapid and steep rise after Russia's annexation of the Black Sea peninsula of Crimea in 2014. As Attorney General of Crimea, who rendered loyal services to the Kremlin and always strongly supported Russia's expansion policy, the lawyer suddenly became famous. The Russian ruler also liked to use the exterior of Poklonskaya for publicity purposes. The media called her "Putin's poster girl" and on Instagram, where she smiles perfectly at the camera in many private photos, she has 215,000 followers. Because the lawyer looks similar to a specific character from the Japanese video game series "Phoenix Wright: Ace Attorney", a veritable manga cult grew up around her in Japan.

Poklonskaya has repeatedly spoken out to the media on various political and social issues in the past, and has also shared her opinions on social media. Her new job now seems like a kind of punishing muzzle. After the lawyer had always politely supported Russian great power fantasies, she suddenly spoke of a "catastrophe" after Moscow's attack on Ukraine. Poklonskaya said: "Please stop! It seems to me that we have gone too far and it is time to find courage for the future on our own and not leave it in the hands of those who are armed."

Words that Putin should not have liked. Without further ado, he fired her by decree. The fact that Russian authorities are taking massive and tough action against critical voices is nothing new. But possibly because the lawyer, who is adored in the country, could still be useful to him and a complete expulsion from the system would also have had a negative impact on the Russian ruler, Putin quickly found a new second-tier job for her. One under supervision and with a muzzle. One in which Natalya Poklonskaya is supposed to smile in photos and thus cast a positive light on Russia, but can no longer cause damage with her words.

1 Unsuitable as a repository for nuclear waste: the... 2 "They bomb and bomb": Lysychansk is under... 3 400,000 displaced children: wave of violence overtakes... 4 Home office record thanks to the pandemic: In 2021,... 5 Last attack on the record ?: Serena Williams surprisingly... 6 Gunnar Beck is not a professor: AfD politicians should... 7 Far more doses than needed: Eastern Europeans want... 8 "Much more is not possible": Sommerhammer... 9 Recipe for success bad service: "Karen's... 10 Sam strips naked on OnlyFans: Charlie Sheen is mad... 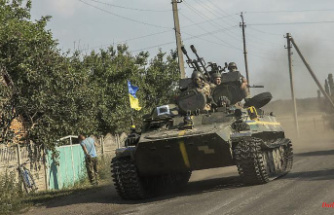 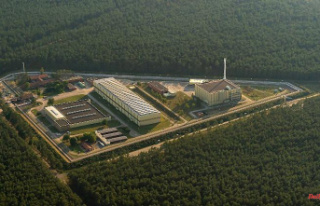 Unsuitable as a repository for nuclear waste: the...