Symbolic vote: Greens are moving again with Jarasch in the Berlin election

New elections have to be held in Berlin - and according to the ruling by the Constitutional Court, the parties must enter the race with the same candidates. 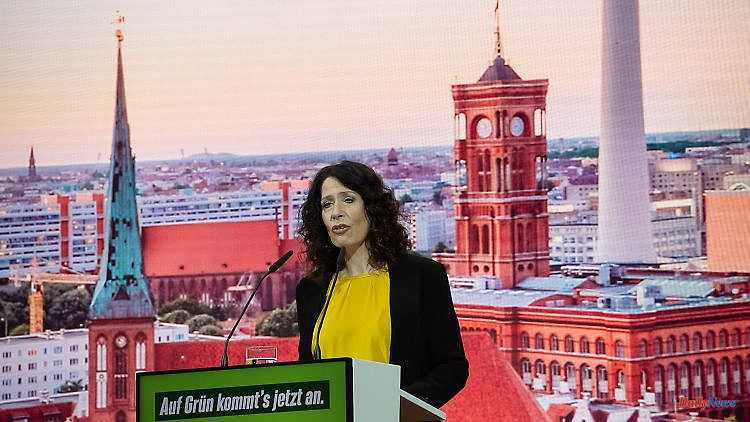 New elections have to be held in Berlin - and according to the ruling by the Constitutional Court, the parties must enter the race with the same candidates. The Greens are strengthening Traffic Senator Jarasch at a small party conference. She now wants to inherit incumbent Giffey.

The Berlin Greens are also counting on Bettina Jarasch for the repeat election to the House of Representatives: The 53-year-old was elected the top candidate for the office of governing mayor at a small party conference with 92.5 percent, as the party announced. "Berlin deserves new leadership," said the Senator for the Environment and Mobility. "And I'm ready to take that lead."

Climate and environmental protection and the associated transformation of the economy, transport and energy supply are and will remain central for the Berlin Greens. No less important is "the social solution to the rent issue," stressed Jarasch. It is also about radically reforming the administration in order to make Berlin fit for the future: "Without a modern administration, we will soon no longer be able to provide basic public services for the entire city."

In Berlin, the House of Representatives will be re-elected in mid-February. The country's constitutional court on Wednesday declared the glitches-ridden September 2021 election completely invalid. According to the verdict, the parties must compete with the same applicants as back then - this applies to both list and direct candidates. The ballot must now be repeated within 90 days and, according to the office of the state returning officer, should take place on February 12, 2023.

SPD politician Giffey has been the governing mayor of Berlin since December 21, 2021. Jarasch is a senator for the environment, mobility, consumer and climate protection in the current red-green-red state government. She had already led the Greens into the election campaign last year and was number one on the state list. The new freestyle would not have been necessary, but the party leadership intended it as a signal to strengthen Jarasch's back.

In the September election, the SPD was the strongest force, receiving 21.4 percent of the vote. The Greens received 18.9 percent and the Left 14.1 percent. A head-to-head race is currently emerging between the CDU, SPD and Greens. In the most recent Insa survey, the CDU was ahead.

1 Also by gunshots?: Holes discovered in the roof of... 2 "Russia wants respite": Ukraine: Ceasefire... 3 Because of the "Kurdistan" banner: the regional... 4 Protect plants and furniture: Make the balcony fall-... 5 North Rhine-Westphalia: accident with three injuries:... 6 The day of the war at a glance: Kyiv: No offer from... 7 "Collina's heirs" explain: How the... 8 The Ministry of Finance has been informed: Ex-Bundesbank... 9 Numerous flight cancellations: almost two meters of... 10 Rare event at the official residence: Biden's... 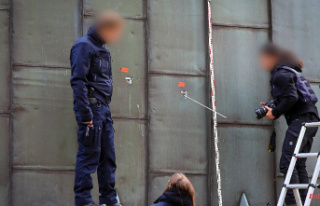 Also by gunshots?: Holes discovered in the roof of...