A few days after women in Afghanistan were banned from attending universities, the Taliban tightened their course: the radical Islamists decreed that women employees of aid organizations are no longer allowed to come to work with immediate effect. 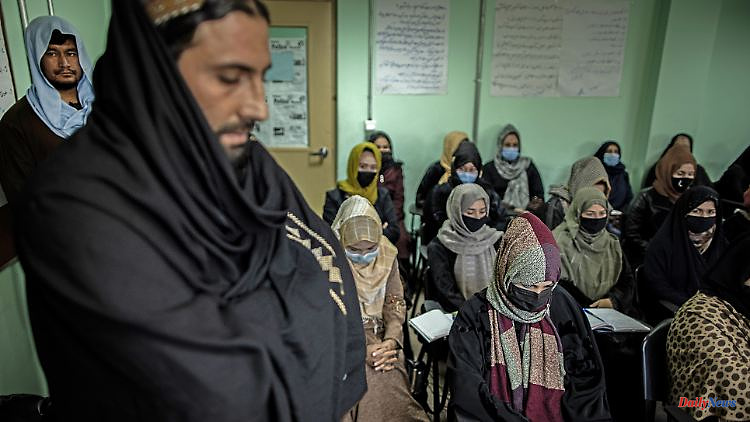 A few days after women in Afghanistan were banned from attending universities, the Taliban tightened their course: the radical Islamists decreed that women employees of aid organizations are no longer allowed to come to work with immediate effect.

The radical Islamic Taliban in Afghanistan continue to restrict women's rights. The Economy Ministry ordered all aid organizations in the country to ban their female employees from coming to work. This applies to all domestic and foreign non-governmental organizations, explained the Ministry of Economic Affairs. The female employees are not allowed to work until further notice because some of them have not followed the interpretation of the Islamic dress code for women, a spokesman said.

Just a few days ago, the Taliban banned the country's female students from private and public universities with immediate effect. The Islamists have been back in power in Afghanistan since August 2021. Your government is not recognized internationally and is subject to sanctions.

The extent to which the order also applies to United Nations organizations, which are strongly represented in Afghanistan, initially remained open. The spokesman said the ban applied to organizations operating under Afghanistan's Acbar Coordinating Authority. This includes around 180 local and international NGOs, but not the UN. However, the United Nations often outsources tasks to organizations registered in Afghanistan. The UN Humanitarian Affairs Office announced that it would hold talks with the Taliban leadership to gain more clarity. Aid providers explained that female employees are often important so that women have access to help.

But humanitarian assistance matters to millions of Afghans. According to the International Rescue Committee, more than half of the population is dependent on help. Ramiz Alakbarov, UN Deputy Special Representative for Afghanistan and Humanitarian Assistance Coordinator, said he was "deeply concerned" by the new order. This is a clear violation of humanitarian principles. Norway's Foreign Minister Paul Klouman Bekken tweeted that the move was not only a blow to women's rights, "it will also exacerbate the humanitarian crisis and hit the most vulnerable Afghans." The ban must be lifted immediately. Klouman Bekken had organized talks between the Taliban and members of civil society in January.

The move taken by the Taliban at the beginning of the week to ban the country's female students from universities with immediate effect had already led to sharp criticism. The United States and Britain condemned the action during a session of the UN Security Council. "The Taliban cannot expect to become a legitimate member of the international community until they respect the rights of all Afghans, especially human rights and the fundamental freedoms of women and girls," said US Representative Robert Wood. Smaller groups of Afghan women demonstrated openly against the ban in the middle of the week. 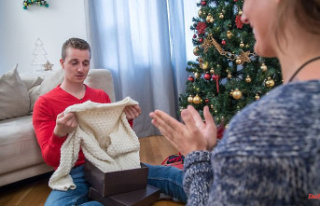 Failed presents: What to do if you don't like...