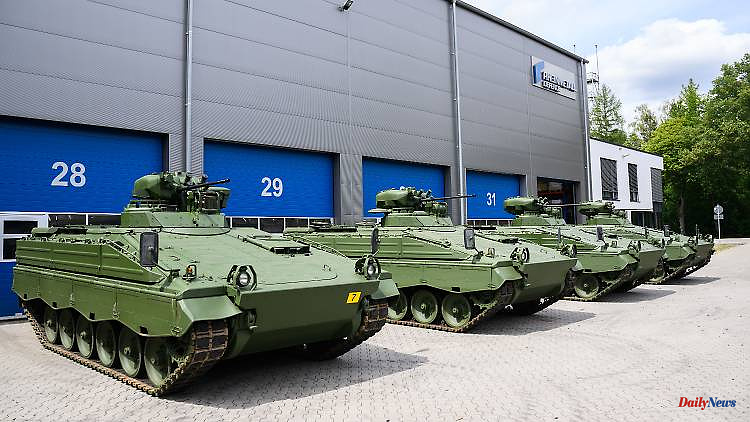 ntv.de: In your opinion, should Germany supply the Ukraine with "Leopard" main battle tanks and "Marder" infantry fighting vehicles?

Marcus Faber: Fortunately, Germany has already delivered tanks to the Ukraine, namely the "Gepard" anti-aircraft tank and, much more importantly, the Panzerhaubitze 2000. Those were important steps, also on the basis of the Bundestag resolution of April. Of course we have to move on now. Ukraine has proven that it is very good at handling the material and capable of liberating occupied territories. That's why, from my perspective, "martens" but also armored personnel carriers of the "Fuchs" type are the topic. We have these tanks available in large numbers in Germany and can also sell them because they are available from industry and will be replaced by the Bundeswehr anyway.

Christian Lindner confirmed on Monday "that no main battle tanks of Western production and design should be delivered". This line was confirmed in the FDP Presidium, he said.

Ukraine has already received main battle tanks, for example from Poland and the Czech Republic. But the federal government has agreed that it will only deliver our western-style battle tanks after feedback from the alliance partners. Of course I take note of that. But I am happy when the US embassy makes it clear that it is up to each country to decide whether to take this step. NATO Secretary General Jens Stoltenberg also says that it is more important for the security of NATO allies that Ukraine wins this war. That is more important than the level of stockpiles in NATO.

Why isn't the US supplying main battle tanks to Ukraine?

I think the American assessment is that the delivery of artillery systems, rocket launchers and the corresponding ammunition was a priority because they wanted to use these artillery systems to stop the invading Russian troops. This stop was successful. Against this background, the next step must now be taken.

According to the New York Times, the US government assumes that Putin will be less provoked if support for Ukraine is gradually increased. Is that a line that the federal government is also pursuing?

You have to ask the federal government. My perception is that the self-propelled howitzer shoots 40 kilometers, with a caliber of 155, and that the "cheetah" is also very good in ground-to-ground action and weighs over 40 tons. Why one delivers the one and the other, but not the third and the fourth, that certainly needs to be explained. From the point of view of international law, it is irrelevant whether a country is provided with bazookas or tanks for its defense - both are clearly covered by international law.

Monday demonstrations are just beginning again in several places in Germany, especially in the east. You come from Saxony-Anhalt. What do you say to the argument that the war is bad, but that Germany needs to think of itself first?

I think it's absolutely right that people are upset and feel disturbed by the high energy prices. I think everyone can understand that, especially in regions where average salaries are low. However, the high energy prices are not caused by the German government, but by Putin. We have sufficient line capacity and there is also sufficient gas at the other end of the line that could be passed through. What is missing is the will to deliver this gas. The frustration is right. But the addressee is the dictator in the Kremlin.

Should Germany or Europe start a negotiation offensive to end the war as quickly as possible - with the aim of getting gas delivered again?

There are two warring factions in this war: the attacking country, Russia, and the defending country, Ukraine. They're both adults and don't need legal guardians to negotiate for them. However, we would be well advised to help Ukraine put itself in a position where it can conduct such negotiations from a position of strength. Vladimir Putin ended the peace, and I don't currently see that he has any interest in restoring it. Every day that the Ukrainians make gains shows the dictator that he can no longer make gains on the battlefield. That must bring him to the conclusion to seek a solution at the negotiating table.

Germany has already delivered weapons on several occasions, the delivery of which the federal government had previously ruled out. Do you have a prognosis as to how long it will be before Ukraine still gets "leopard", "marten" or "fox"?

We need a more coherent concept, where we systematically consider how we can best help Ukraine, what makes sense, what we have and what we can or cannot deliver and why. I think the example of the Dingo personnel carrier, which was promised last week even though delivery had previously been ruled out, makes that very, very clear. There is still room for improvement here.

Do you fear that there will be a new wave of refugees in autumn and winter, triggered by the Russians' targeted attacks on civilian infrastructure?

Indeed, now that the invading forces are in reverse gear, attacks on civilian infrastructure are increasing. But that's not really new, in the last few months we've already seen that out of 2,000 hospitals in Ukraine, more than 700 were bombed. If the electricity and gas supply fail as a result of such attacks, there could be an increase in internally displaced persons, and that too must of course be avoided. For this reason too, arms deliveries would be helpful.

Could it be that Putin is trying to provoke a wave of refugees to destabilize the West?

His calculation, I think, is more to frighten the Ukrainians in order to induce them to give up resistance to the invasion. His main goal is to win this war. However, he underestimates the Ukrainians. I spoke to many people in Kyiv, in Kharkiv, also in Kramatorsk and Slowjansk. The terror that Russia spreads there every day makes them even more determined not to want to live under this regime.

1 Ambulance comes on the pitch: serious head injury... 2 Two handball players quit: BVB fires coach Fuhr after... 3 "Must have found evidence": figure skater... 4 "Ekat" had "weak knees": "Let's... 5 Tears in the "Summer House of the Stars":... 6 Even before the coronation: Charles III. faces great... 7 He was surprised himself: Jauch has something to do... 8 Ugh, spider!: Uninvited guest climbs onto the Queen's... 9 Saxony-Anhalt: Saxony-Anhalt diesel network put out... 10 Baden-Württemberg: Modern local history: First nature... 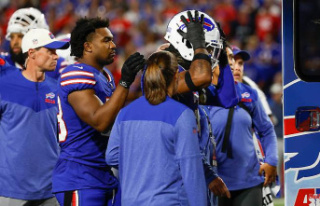