That's what it's all about in Meseberg: the crisis coalition must pull itself together

There are other ways to have a good mood: the coalition members of the traffic light are currently pointing out the mistakes of their government partners in an unusually snappy manner. 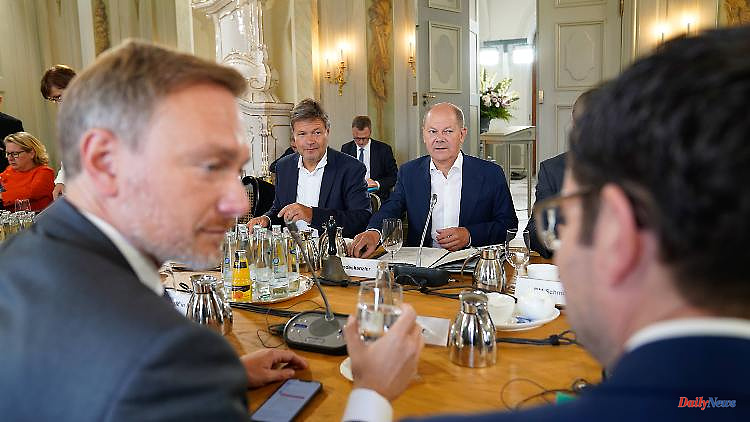 There are other ways to have a good mood: the coalition members of the traffic light are currently pointing out the mistakes of their government partners in an unusually snappy manner. At Schloss Meseberg they will have to try to smooth things over. The point is actually to lead Germany out of crisis mode.

The federal government would like to see as much pressure on the gas pipeline through the Baltic Sea as the traffic light coalition in Schloss Meseberg is at the moment. Maintenance work on Nord Stream 1 is scheduled again from tomorrow. There is a high probability that the tap will not be turned on fully again afterwards.

The state is in a mood of crisis, but instead of demonstrating calm and concentration before the two-day coalition meeting in Brandenburg, the SPD, FDP and Greens are showing bare nerves than ever before.

The Green Economics Minister and Vice Chancellor Robert Habeck, the most popular member of the Scholz cabinet in polls, has made his first obvious mistake. Economically stable gas importers could also benefit from his gas levy, a levy for private households and companies, which was knitted under time pressure.

Habeck has promised a correction, but legally it is complicated. Instead of helping his partner, SPD leader Lars Klingbeil was surprisingly snappy and publicly accused Habeck of the technical mistakes. In the end, it's not just nice words that count in politics, but the substance has to be right, he told the "Zeit" last weekend, alluding to Habeck's talent for explaining his politics in an understandable way.

A skill that SPD Chancellor Olaf Scholz clearly lacks, and which is partly responsible for the SPD's poor poll numbers for weeks. Despite the fuel discount, the Liberals, as the third coalition partner, cannot win favor with the Germans at the moment and barely get more than seven percent approval.

Klingbeil's attack was just the culmination of a long crunch in the coalition, which has been growing louder for some time with mutual demands and accusations - except that the conflicts usually run between the SPD and Greens on the one hand and the FDP on the other. A tweet from their parliamentary group leader, Konstantin von Notz, shows how the Green Klingbeils interviewed: “The Chancellor’s poor performance, his lousy poll numbers, memory gaps at Warburg and his responsibility at North Stream 2” would “due to disloyal behavior and resentment” in the coalition not be cured, he wrote.

So good mood looks different when the planned national security strategy, which is currently being developed against the background of the Ukraine war, is discussed at the meeting in Meseberg. The energy supply is discussed, as well as vocational training and the digital strategy of the federal government.

But of all things, the question that is currently on everyone's lips - also because of Habeck's messed-up gas levy - is something that people in the palace north of Berlin only want to talk about in passing: the further strategy to relieve people of the rapidly increasing cost of living. Finance Minister Christian Lindner reduced expectations in advance.

But under the public pressure, the coalition partners may not be able to afford to even touch on the relief issue. Many associations and interest groups are too passionate about this, and there are too many suggestions that are currently making their way through the media.

Under discussion are, among other things, an electricity/gas price brake for basic needs, direct payments for people with low or medium incomes and a public transport ticket valid nationwide for 49 euros per month as a successor to the 9-euro ticket, which has its last day this Wednesday experienced. The Greens and SPD are also still discussing the excess profit tax for those who benefit from the crisis through no fault of their own, such as oil companies, while the Liberals are clearly against it.

So a lot of wood and complicated factual issues that the three traffic light parties have to deal with, in addition to the task of finding a basis of trust with one another again. After all, that was a skill with which the coalition members wanted to clearly set themselves apart from the envious GroKo style of the previous government a good year ago. But a cheerful selfie under the chandelier is not to be expected in these two days. 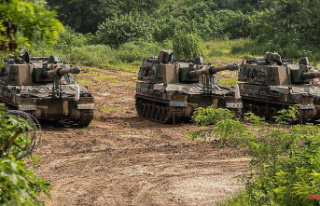