"The best tank in the world": Why Scholz is under pressure with the Leopard 2

The German Leopard 2 is hailed as the best main battle tank in the world. 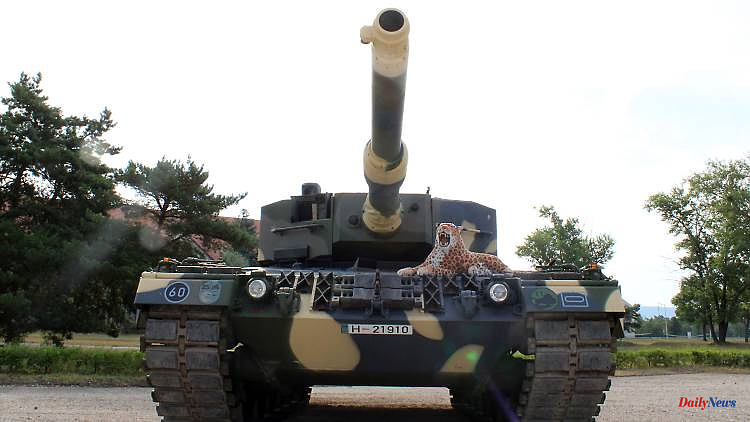 The German Leopard 2 is hailed as the best main battle tank in the world. Even according to German Defense Ministry doctrine, it would be ideal for the current war situation in eastern Ukraine. The chancellery tries to deny a dispute inside the traffic light.

The Ukrainian government wants to make its armed forces more assertive for further counterattacks with Western-style battle tanks. If Kiev's demands are met, the tank howitzers and multiple rocket launchers that have already been delivered from Germany and have a wide effect would now be supplemented by battle tanks and armored personnel carriers. The focus of desire is the Leopard 2 A4 main battle tank, which only seems to be available in this older, but still widely used variant. This also applies to the Marder infantry fighting vehicle, actually a discontinued model in the German armed forces.

Military experts pointed out the central role played by the interaction of the two tank types in retaking occupied areas and fighting in urban areas. Four soldiers are the crew of the Leopard 2, from which they only fight "mounted", i.e. from the vehicle: the driver, a gunner, a loader and the commander. With superior firepower and its fire control system, the Leopard is "capable of duelling" even in direct confrontation with the enemy. "The armed forces of 18 nations trust in the all-round superiority of the Leopard," writes manufacturer KMW.

The Leopard 2 was often referred to as the "best main battle tank in the world" regardless of the manufacturer's pride in engineering. The Leopard is used together with armored personnel carriers, in which Panzergrenadiers sit in a rear room and also fight "dismounted", i.e. leave the armored vehicle via a tailgate and face the battle with rifles or bazookas. They also protect their own steel giants against sneaking enemy tank destroyer squads.

"The battles of the Ukraine war are fought not only, but above all, by armored formations," the German Ministry of Defense states and leaves in the format "

The Leopard also scores with its superior 120 mm gun. Impact power, assertiveness through firepower and at the same time protection are the essence of the mission. The skills will become more important for the Ukrainians in the phase of reconquest of territories that has now begun. They defended skillfully and would have deprived the attacking Russians of opportunities to hit from the air and at long range, says the general. The losses for the Russian side would be too great. So it's getting more and more direct.

It is to be expected that the battle will be fought and decided in densely populated areas. "It is inconceivable when we talk about war in Europe that we can stay out of the urban space during war. There are farmsteads, industrial areas, villages, small towns, megacities everywhere in Europe. Wars are usually decided there," says the general. "There is key infrastructure there, there are government institutions, power plants. I need bridges, I need certain roads. I just can't ignore that. So I have to take the war there with maximum protection of the civilian population."

According to Chancellor Olaf Scholz, Germany has already given Ukraine long-range, accurate and therefore important weapon systems, which have now been used successfully. He rules out going it alone, but there was also repeated talk of a German "leadership role". Statements from the USA and from NATO were understood in Berlin as an encouragement to supply further weapon systems. But it is also true that no country has so far given western main battle tanks to Ukraine.

"There are no longer any valid arguments not to support Ukraine and deny them heavy weapons," said Defense Committee Chair Marie-Agnes Strack-Zimmermann. "The Ukrainian army has shown in an impressive way that it is able to adapt Western military equipment extremely quickly. We have to take note of that and act accordingly."

"As Free Democrats, we expressly do not share the line of the German Ministry of Defense - the Bundeswehr has delivered everything that is possible," she said. Germany is focusing like no other Western country, despite the acute situation in Ukraine, on "just somehow fulfilling all NATO obligations, even though it is at the expense of Ukraine". Strack-Zimmermann: "Germany must lead the way in Europe. That is not going it alone or a lack of coordination, that is the wish of the partners. Anyone who interprets this wish differently is missing the point."

The chancellor refutes the accusation that it is primarily the SPD that is reluctant to deliver tanks to Ukraine. Despite the tank deliveries demanded by politicians in the traffic light coalition, he said on Wednesday evening: "It is the attitude of the entire federal government that Germany will not go it alone." 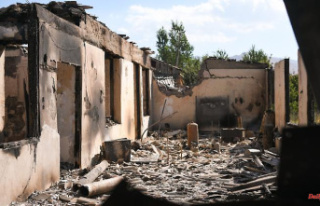