The day of the war at a glance: car explosion shakes Moscow - Scholz and other heads of state call for nuclear inspection 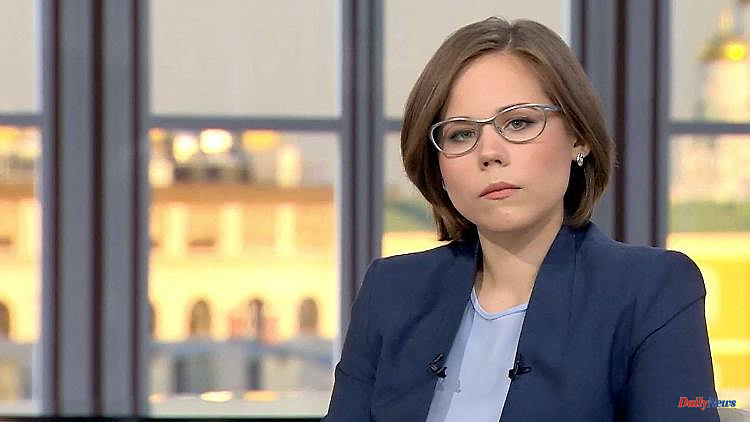 A car bomb that kills the daughter of Putin's strategist Alexander Dugin shakes Moscow. The suspicion goes towards Ukraine, which however denies. Because of the attacks on Zaporizhia, Chancellor Scholz, Biden, Macron and Johnson are calling for a quick inspection of the nuclear power plant. The 179th day of the war at a glance.

According to Russian investigators, journalist and political scientist Darja Dugina was killed in a car bomb attack near Moscow on Saturday evening. She was the daughter of right-wing nationalist ideologue Alexander Dugin, who is considered to be a confidante and source of ideas for Russian President Vladimir Putin - including for the attack on Ukraine. The 29-year-old took similar positions as her father, defended the Russian war of aggression and described Ukrainians as "cruel".

The attack sparked horror among Russian nationalists and pro-Russian forces in Ukraine. They blamed Ukraine for Dugin's death. The attack is said to have been aimed at Dugin himself, who is also described as Putin's "brain" or whisperer. Kyiv rejected participation. "Of course, Ukraine has nothing to do with yesterday's explosion because we are not a criminal state - like the Russian Federation - and certainly not a terrorist state," said presidential adviser Mykhailo Podoliak, according to the Ukrajinska Pravda Internet portal.

Before the car explosion became known, Ukrainian President Volodymyr Zelenskyy called on his compatriots to stick together in a video message distributed on Saturday evening. "We have to fight for Ukraine's victory, there is still a lot to do, we have to stand up and endure a lot, unfortunately also a lot of pain." He announced that partners would visit Kyiv in the coming week.

On August 24 Ukraine celebrates its Independence Day. On the same day, half a year of the Russian war of aggression is also remembered. Selenskyj warned that Russia could use Independence Day for particular brutality, but also spoke of the fact that a reconquest was in the offing on the Black Sea peninsula of Crimea, which had been annexed by Russia since 2014. There had been several explosions there in the past few weeks.

According to Ukraine, it has fended off several Russian attacks in the east and south of the country. For example, Russian advances in the eastern region of Donetsk in the direction of the cities of Sloviansk, Kramatorsk and Avdiivka were repelled, the Ukrainian general staff said in the evening. The information could not be independently verified. A deputy from the southern Kherson region reported that the Ukrainians succeeded in destroying a Russian ammunition dump in a counter-offensive on Saturday. The Russian side, which occupied parts of Cherson, only said that its own air defense repelled several Ukrainian attacks over the weekend.

According to Russia, sea-based missile attacks in the Odessa region destroyed a weapons depot containing HIMARS multiple rocket launchers and other Western-made air defense systems. In addition, according to the Ministry of Defense in the Kherson region, two M777 howitzers were destroyed in combat positions and a fuel depot in Zaporizhia, which is said to have contained more than 100 tons of diesel.

London: Criticism of tank biathlon in the Russian military

According to British military experts, there is criticism within the Russian armed forces that military competitions and ceremonies are being held in Ukraine despite the war. "A significant segment of Russian military and security experts are likely to believe that it is inappropriate to continue dedicating forces to ceremonial military events while Russian troops are suffering heavy casualties in Ukraine," the Defense Ministry's daily intelligence update said in London. The British experts quoted a minister from the breakaway pro-Russian Donetsk People's Republic as complaining about the holding of competitions such as the tank biathlon, a driving and shooting competition between tank crews and festivals by military bands.

Two Russians and a Ukrainian citizen were arrested near a military installation in Albania. According to the Albanian Ministry of Defense, one of the men tried to take photos of the Gramsh factory, which, among other things, dismantles used weapons. Albania's Prime Minister Edi Rama said the three men were suspected of espionage. The incident must be "dealt with in a broader regional and political context," said Defense Minister Niko Peleshi. However, he warned against drawing "hasty conclusions". Military police, secret services and anti-terrorist experts began investigations on site. Albania has been a NATO member since 2009.

Scholz, Biden, Macron and Johnson are calling for nuclear inspections

Against the background of ongoing attacks on the site of Ukraine's Zaporizhia nuclear power plant, the heads of state and government of Germany, the USA, France and Great Britain called for a speedy inspection by the International Atomic Energy Agency (IAEA). At the same time, Chancellor Olaf Scholz, US President Joe Biden and his French colleague Emmanuel Macron and British Prime Minister Boris Johnson called for "military restraint" in the vicinity of the nuclear power plant, said government spokesman Steffen Hebestreit. The four heads of state and government exchanged views on the international situation.

At a public dialogue in the Chancellery on the federal government's open day, Scholz announced that he would continue to ensure "that the war does not escalate". Russia is currently concerned with gaining territory in eastern Ukraine, said Scholz. But it's not even certain that it will stay that way. Giving in is not a sensible strategy. Scholz announced that he would not end the dialogue with Putin. The rule here is that "one must be clear and not allow oneself to be intimidated".

Lindner wants to travel to Kyiv

Federal Finance Minister Christian Lindner plans to travel to Ukraine in the near future. When asked on ARD when he was going to Kyiv, he replied: "Now in late summer or autumn. I'm talking to my Ukrainian colleague about it." In May, Lindner had already offered his counterpart in Ukraine a visit to the capital Kyiv. At the time, he said he had suggested to Finance Minister Sergei Marchenko that he should come if a visit would be helpful.

The debate about the future of the German-Russian gas pipeline Nord Stream 2, recently fueled by statements by FDP Vice Wolfgang Kubicki, continued. Federal Minister of Economics Robert Habeck again rejected the commissioning that Kubicki had called for on Friday. That would indirectly say that Putin is right, the Green politician warned at the open day in his ministry in Berlin: "But he's not!" Germany made a mistake by being heavily dependent on Russian gas. Kubicki had already received a lot of criticism for his initiative - including from his own party. 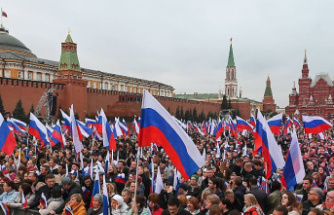 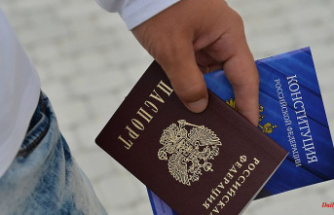 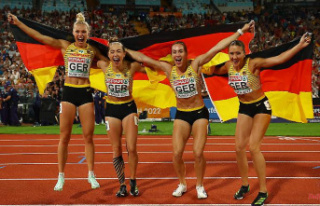