The day of the war at a glance: dispute over NATO membership resolved - Germany supplies more self-propelled howitzers

After its blockade, Turkey is paving the way for Finland and Sweden to join NATO. 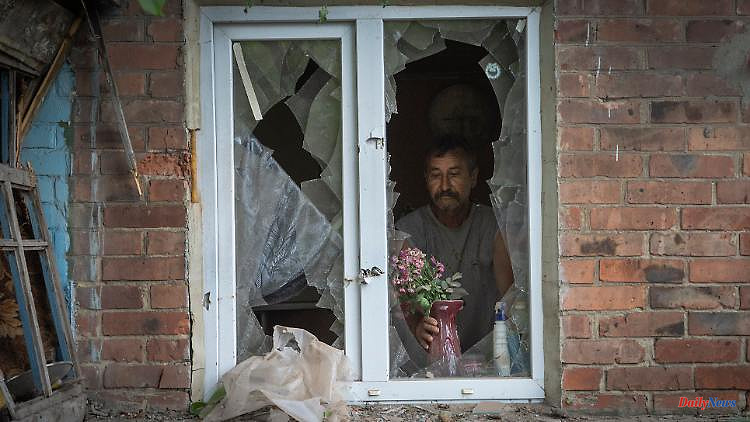 After its blockade, Turkey is paving the way for Finland and Sweden to join NATO. Germany and the Netherlands pledge six more self-propelled howitzers to Ukraine. Pro-Russian forces in Cherson report that they have "finally neutralized" the ex-mayor. The 124th day of the war at a glance.

Turkey has given up its opposition to the admission of Sweden and Finland to NATO. Turkey will support the invitation to Finland and Sweden to join the alliance during the NATO summit in Madrid, said Finnish President Sauli Niinistö. A corresponding memorandum was signed after a meeting with NATO Secretary General Jens Stoltenberg, Sweden's Prime Minister Magdalena Andersson and Turkish President Recep Tayyip Erdogan.

Ankara justified its blockade with the alleged Swedish and Finnish support of "terrorist organizations" such as the banned Kurdish Workers' Party PKK, the Syrian Kurdish militia YPG and the Gülen movement - this is rejected in Stockholm and Helsinki. In talks with the two Nordic countries, Turkey "got what it wanted," the Turkish President's Office said.

Together, Germany and the Netherlands will deliver six more Panzerhaubitze 2000 models to Ukraine. That's what Defense Minister Christine Lambrecht and her Dutch counterpart Kasja Ollongren said on the sidelines of the NATO summit in Madrid. This means that Ukraine will now receive a total of 18 weapons systems - a large enough number for a complete artillery battalion. "These three, which we are now handing over from Germany - I'm going to the absolute limit of what is responsible. But it is responsible because Ukraine must be supported now," said Lambrecht. Referring to the ongoing Russian attacks, Ollongren said: "Ukraine really needs to know that we can help them." So far, Germany had delivered seven of the self-propelled howitzers, the Netherlands five.

According to media reports, pro-Russian forces have captured the elected mayor of the southern Ukrainian city of Kherson. The former head of the Russian-occupied city, Igor Kolychayev, has been arrested, deputy head of the occupation administration of the Kherson region Kirill Stremusov told the Russian state news agency RIA Novosti. "He is considered a hero mayor in the Nazi milieu. This person, who did a lot of damage to the denazification process, has finally been neutralized."

Kolychayev's adviser Galyna Lyashevska said on Facebook that the ex-mayor was "kidnapped" by pro-Russian forces that morning. Cherson was captured by Moscow less than a week after the start of the Russian military operation in Ukraine and has been practically cut off from the outside world ever since. The Russian troops set up their own "administration" at the end of April, and Kolychayev was replaced by Alexander Kobez. Kolychayev said at the time that he still wanted to stay in the city and continue to get involved.

Moscow: shopping center was not operational

After the destruction of a shopping center in Ukraine, the Russian military has admitted to being responsible for the momentous air raid on the city of Kremenchuk. The attack was aimed at several halls in which weapons and ammunition delivered from Europe and the USA were stored, the Russian Ministry of Defense said. The detonation of the ammunition then caused a fire in the nearby shopping center. While the ministry claimed the building was no longer in use, posts by local businesses on social media and online platforms suggest the opposite.

According to the Ukrainian authorities, the shopping center was fired upon and destroyed by a long-range Russian bomber with air-to-surface missiles. More than 20 people were killed and around 60 injured. According to the city administration, the management of the shopping center had ordered the air alarm to be ignored - which is why the building was not evacuated. Now it is completely in ruins - and given the official 36 missing person reports, the number of victims could continue to rise.

Meanwhile, fighting for the strategically important city of Lysychansk continues in eastern Ukraine. Several thousand Ukrainian soldiers are said to be stationed there. Russian troops stormed the settlement of Vovchoyarivka southwest of the city, the Ukrainian General Staff said. Fighting will also take place at an oil refinery. A Russian advance on the village of Spirne in the direction of the city of Siwersk had been fended off, it said.

The route from Lysychansk to Bakhmut remains heavily contested. The road is one of the few remaining supply routes for the former metropolis, which is the last major settlement in the Luhansk region held by Ukrainian troops. The General Staff announced that it would continue to be constantly shelled with mortars and other artillery. Russian troops are already on the southern outskirts of the city. Representatives of the pro-Russian separatists also reported fighting in the city. The connections to the neighboring Donetsk region have been under constant Russian fire for days. According to this, positions of the Ukrainian army are also being attacked with artillery in the Donetsk and Kharkiv regions. However, the Russian side is said not to have gained ground.

According to British intelligence experts, Russia's invasion troops are now "increasingly exhausted" as a result of heavy losses. In the battle for Sievjerodonetsk, for example, the main forces of six Russian armies were deployed, but the military only achieved a short-term goal by capturing the city in eastern Ukraine. The Russian military command is currently accepting "a level of reduced combat effectiveness that will probably prove to be unsustainable," said the British Ministry of Defense's daily situation report on the Ukraine war.

Putin is not allowed to appear at the G20 summit

According to Italian Prime Minister Mario Draghi, Russian President Vladimir Putin will not be traveling to Indonesia in person for the G20 summit in the fall. The Indonesian President Joko Widodo, as the host of the G20 meeting, said that clearly, Draghi reported after the G7 summit, which Widodo attended as a guest for a time. "Widodo excludes this and was categorical there. He (Putin) will not come." It is unclear whether the Kremlin chief wants to take part in the G20 summit via video link. According to the Russian news agency Interfax, Putin's foreign policy adviser Yuri Ushakov said: "Well, that's definitely not Draghi. The invitation came and we responded positively."

Kremlin threatens in the event of a gas price cap

Russia is threatening a change in the gas supply contracts by the energy company Gazprom when introducing a price cap for Russian gas. "It depends on the direction, on the decision Gazprom makes. The question will probably be raised whether to change the terms of existing contracts or the price," said Kremlin spokesman Dmitry Peskov. The heads of state and government of the G7 countries had previously agreed to examine possible price caps for Russian oil and gas. This was intended to limit the Russian government's ability to finance its invasion of Ukraine. 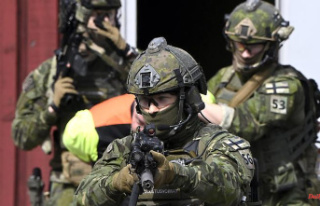