During his visit to Ukraine, Turkish President Erdogan stressed his hope for a diplomatic end to the war. 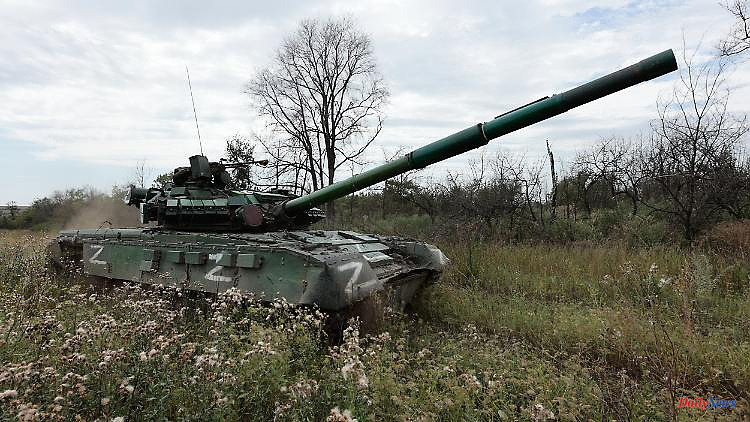 During his visit to Ukraine, Turkish President Erdogan stressed his hope for a diplomatic end to the war. Meanwhile, British intelligence points to a weakness in Russian tanks. However, one expert does not believe that Moscow's armies will collapse anytime soon. The 176th day of the war at a glance:

Erdogan believes the war will end "at the negotiating table"

Turkish President Recep Tayyip Erdogan continues to advocate a diplomatic solution to the war in Ukraine. "I continue to believe that the war will eventually end at the negotiating table. In fact, Mr. Zelenskyj and Mr. Guterres also see it that way," Erdogan said, according to the Turkish presidential palace in Lviv in western Ukraine. Erdogan, UN Secretary-General António Guterres and Ukrainian President Volodymyr Zelenskyj met there for talks. According to Erdogan, the results of the talks with Russian President Vladimir Putin will be evaluated.

Before meeting Erdogan and Guterres, Zelenskyy visited a military hospital in Lviv. There he spoke to the wounded and doctors, as can be seen in published photos. He praised the fighters as "heroes". "Russia will not win this war. Thank you for protecting the Ukrainian land," Zelenskyy said in a statement. The 44-year-old awarded medals to several soldiers.

Moscow rejects United Nations proposals for demilitarization of the zone around the occupied Zaporizhia nuclear power plant. That's unacceptable because it makes the facility even more vulnerable to attacks, a spokesman for the Russian Foreign Ministry said. Rather, Russia expects experts from the International Atomic Energy Agency (IAEA) to inspect the nuclear power plant "very soon". Such a mission has long been planned.

Most recently, the United Nations had rejected allegations by Moscow that the UN had prevented an IAEA mission. According to reports, there is a dispute about the experts' route through the war zone, which is controlled partly by Ukrainian and partly by Russian troops. The nuclear power plant is repeatedly shelled, and Russia and Ukraine blame each other for this.

According to British intelligence services, Russia has problems protecting its main battle tanks. According to a statement by the Ministry of Defense in London, the severe damage to many Russian vehicles in Ukraine is most likely due to the tanks not being protected well enough with so-called reactive armor.

According to the information, such protective covers can protect tanks from damage in the event of a fire. The secret services therefore assume that many Russian troops are not sufficiently trained in handling such protective covers. That's why they aren't attached to the tanks at all - or at least not in such a way that they could deter explosive projectiles.

Ammunition depot in Russia is on fire

A Russian ammunition depot in the Belgorod region close to the border with Ukraine has gone up in flames, according to local authorities. No one was injured, Belgorod governor Vyacheslav Gladkov wrote on Telegram. According to the information, the depot was near the village of Timonowo, about 4.5 kilometers from the border with Ukraine. "The cause of the fire is being sought," wrote Gladkow.

Military expert does not expect Russian troops to collapse quickly

However, the Austrian military expert, Colonel Markus Reisner, does not expect the Russian army to collapse any time soon. "Western arms shipments are having an effect, but still not in a resounding and sustainable form," he said in an online post. Only when the Russian attacks are completely stopped or when Moscow's troops retreat can one speak of a turnaround.

The Western arms deliveries to date have meant that the Ukrainian armed forces have "too much to die for and too little to live on," says Reisner, and asks: "If the 16 HIMARS multiple rocket launchers that have been delivered from the USA so far have achieved comprehensible success, The question arises: Why isn't the USA supplying more?" The conclusion of the military expert: "If the West does not deliver increased quantities of state-of-the-art weapons (including above all artillery and multiple rocket launchers, but also extensive anti-aircraft defense systems) to Ukraine in the coming weeks, Ukraine will not be able to win this conflict."

Gas customers in Germany could face other surcharges in addition to the gas surcharge. From October 1, gas suppliers will have to pay 0.57 cents for so-called control energy for every kilowatt hour of natural gas consumed by households, as reported by Trading Hub Europe (THE) - a joint venture of the long-distance gas network operator. For companies, the surcharge is 0.39 cents per kilowatt hour.

The control energy levy has been in existence for several years. Whether and to what extent it will be passed on from the gas suppliers to the end consumers is an open question. The gas storage levy of 0.059 cents per kilowatt hour is new. This surcharge is intended to compensate THE for the costs incurred to ensure security of supply, for example for gas purchases. Here too, however, it is still unclear whether it will be passed on to consumers. 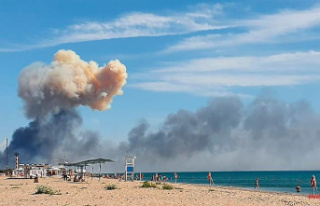 Russia needs a scapegoat: Are Islamists behind Crimean...