On the 94th day of the war in Ukraine, fighting in the east of the country for the last remaining bastions of the Ukrainian army is becoming increasingly fierce. 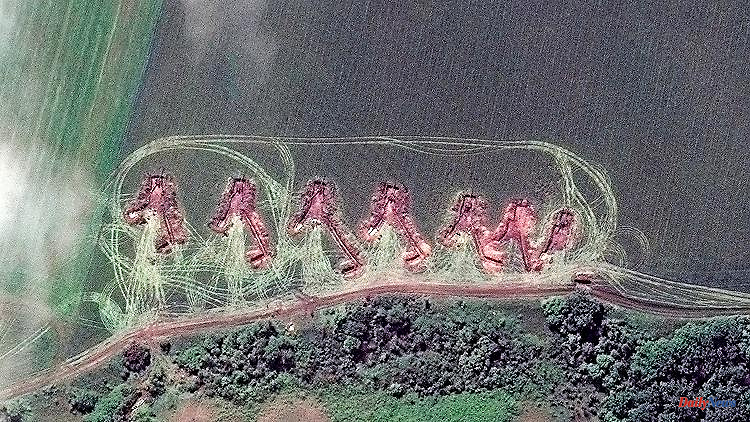 On the 94th day of the war in Ukraine, fighting in the east of the country for the last remaining bastions of the Ukrainian army is becoming increasingly fierce. Moscow announced the capture of the town of Lyman, which had previously been reported by pro-Russian rebels. Ukraine initially did not confirm this information. President Volodymyr Zelenskyy described the situation in Donbass as "very, very difficult". Meanwhile, Chancellor Olaf Scholz and French President Emmanuel Macron have once again called on Kremlin chief Vladimir Putin to call for a ceasefire and the withdrawal of troops. They also focused on the topic of grain deliveries. Putin is now using the blocked amounts as a means of exerting pressure. He also warned Berlin and Paris of new arms deliveries.

According to the Russian military, it has captured the strategically important small town of Lyman in eastern Ukraine's Donbass region. The Defense Ministry reported the city's complete "liberation" by units of the self-proclaimed Donetsk People's Republic and the Russian Armed Forces. The Ukrainian general staff also indirectly admitted the fall of the city.

The 20,000-inhabitant town of Lyman in the Donetsk region claimed by the pro-Russian separatists is important as a railway junction and road connection to the nearby metropolitan areas of Sievjerodonetsk-Lysychansk and Sloviansk-Kramatorsk. The latter area is considered one of the centers of the Donbass and the Ukrainian army units in the east of the country.

Strategically important cities such as Severodonetsk and Lysychansk are also besieged by the Russian army. The Russian news agency RIA Novosti quoted a pro-Russian police official as saying that Severodonetsk was "now surrounded". Ukrainian soldiers could no longer leave the city. This information was rejected by Ukrainian representatives. "Severodonetsk is not cut off," said Kyiv-appointed Luhansk governor Serhiy Gaiday. Although the Russian army entered the city's suburbs, they suffered "heavy casualties" in the process.

For its part, the Ukrainian Ministry of Defense said that Russian troops had ventured into Severodonetsk and other cities. "They suffered casualties and retreated to their previous positions." According to Governor Gaidai, capturing Severodonetsk would be "a great victory" for Moscow. Because the Russian army "hasn't had any major victories so far and they have to offer their people something," he said on Ukrainian television.

At the same time, he was optimistic on Telegram that the attackers would not be able to conquer the region, at least for the time being. However, the Ukrainian defenders may have to withdraw from some areas in order not to be encircled. To prevent this, "there might even be an order to our troops to withdraw".

The Ukrainian army is under heavy pressure almost everywhere in the extreme east of its front against the invading Russian forces. Russia has shifted its troops from central and northern Ukraine, where it was unable to capture the cities of Kyiv and Kharkiv, to the east of the country. Since then, Russian soldiers have been slowly but steadily penetrating deeper into the Donbass.

During a phone call with Chancellor Scholz and French President Macron, Russian President Putin warned against the delivery of heavy weapons to Ukraine. This carries the risk of further destabilizing the situation and worsening the humanitarian crisis, he said, according to a statement released by the Kremlin. In the 80-minute conversation, Scholz and Macron again called for an end to the war, as the spokesman for the federal government announced. "They called on the Russian president to engage in serious direct negotiations with the Ukrainian president and find a diplomatic solution to the conflict."

The Kremlin said that the phone call also dealt in detail with food safety in the world. Putin made his grain export efforts conditional on the lifting of sanctions and blamed the West directly for the current global supply situation.

Zelenskyj: Do everything to strengthen the army

Ukraine's President Zelenskyy described the situation in the Donbass as very difficult in view of Russian attacks. Moscow is deploying a maximum of artillery and reserves there, he said. The Ukrainian army is defending the country with all currently available resources. "We are doing everything to strengthen the army." As far as the currently fiercely contested locations in the Donbass are concerned, Zelenskyj was combative. "If the occupiers think that Lyman and Sieverodonetsk will be theirs, they are mistaken. Donbass will be Ukrainian." If Russia brings destruction and suffering, Ukraine will restore any place. Only the Ukrainian flag will fly there - and no other, he emphasized.

Harpoon from Denmark, howitzers from the USA, mines from Berlin

Meanwhile, Defense Minister Oleksiy Reznikov announces that the country has received the first Harpoon anti-ship missiles from Denmark. In combination with the Ukrainian anti-ship missiles of the Neptun type, the Black Sea could be freed and the city of Odessa protected. The army received self-propelled howitzers from the USA.

Germany is said to have delivered hardly any weapons to Ukraine in the past nine weeks. The "Welt am Sonntag" writes that between March 30 and May 26, two deliveries of arms from the federal government arrived in Ukraine. Both contained only small equipment. The newspaper relies on Ukrainian lists. According to one of these lists, Germany sent 3,000 anti-tank mines and 1,600 more special directional mines for anti-tank defense in mid-May. Another delivery earlier included spare parts for machine guns, radios, hand grenades and explosive charges.

The Cherson region in southern Ukraine, occupied by Russian troops, has closed the "border" to the north for refugees. "The border crossing in the direction of Mykolaiv and Dnipropetrovsk oblasts is very dangerous given the systematic shelling by Ukrainian fighters," said deputy chief of the pro-Russian military administration Kirill Stremusov. Departures from the Cherson region are instead possible via the Crimean peninsula or the Russian-controlled part of the Zaporizhia region. The new administration has taken numerous initiatives to cut off the Kherson region from Ukraine and connect it to Russia. The Russian national currency, the ruble, was introduced, the administration has demanded the issuance of Russian passports and the entry of the region into the Russian Federation - even without a prior referendum.

According to the Ukrainian army, Russian troops are assembling 30 tanks and other armored vehicles and rocket launchers in the Cherson region, among other things, and helicopters have also been sighted. The new pro-Russian authorities reported the arrival of the first cargo ship from the southern Ukrainian port of Mariupol, which had been besieged by Russian troops for weeks and was finally conquered. This was dubbed "tampering" by the Ukrainian Navy. Russia continues to block civilian shipping in the Black and Azov Seas.

Habeck: Can not fulfill all wishes

Federal Economics Minister Robert Habeck rejects the accusation that Germany is too reluctant to help Ukraine. He told Welt am Sonntag: "As we speak, Ukrainian soldiers are being trained on the Panzerhaubitze 2000." Germany will soon deliver these weapons to Ukraine. "So it is by no means the case that Germany is delivering nothing or too little." It is true that Berlin cannot fulfill all of Ukraine's wishes. "This creates a certain tension."

Kremlin critic Mikhail Khodorkovsky is urging the West to supply Ukraine with heavy weapons. "If the Ukrainians are not supplied with the weapons they are requesting, there will soon be fighting around Kyiv again," the 58-year-old told the "Bild". He thinks Western politicians are most afraid of Russian President Vladimir Putin. "They think they are not in a war." Khodorkovsky called this a "very stupid attitude" because, from Putin's point of view, Western politicians and countries are already at war with Russia.

Why too little grain leaves Ukraine

Follow the current developments in Ukraine in our live ticker. 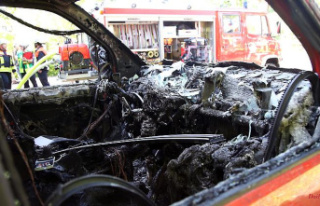 Bavaria: fire at the fire brigade with high property...