The day of the war at a glance: Kremlin pushes referendums - Lukashenko considers "state of alarm"

Four regions of Ukraine occupied by Russians plan to stage referendums at the end of September - and signals of approval are coming from Moscow. 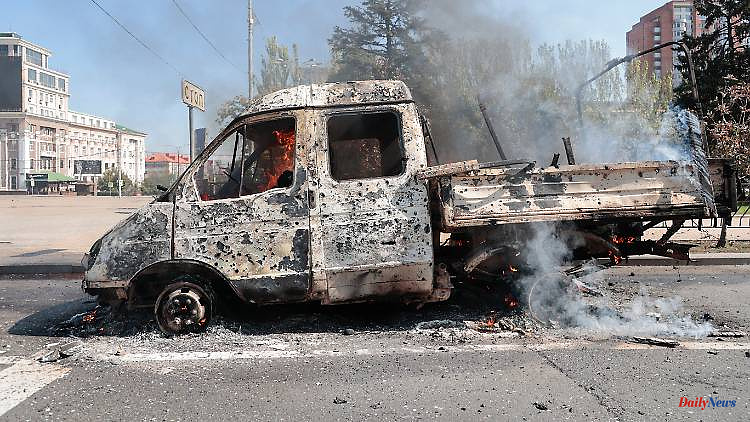 Four regions of Ukraine occupied by Russians plan to stage referendums at the end of September - and signals of approval are coming from Moscow. For Ukraine, this tactic is a sign of Moscow's fear of the enemy's further military success. In Russia, meanwhile, the Duma is preparing to declare a state of war. The Belarusian ruler Lukashenko is apparently also working on mobilization. The 209th day of the war at a glance:

The "People's Republics" of Luhansk and Donetsk in eastern Ukraine, which are recognized by Russia, intend to vote on joining the Russian Federation this week in a controversial procedure. This was announced by the regions. At the same time, the areas of Cherson and Zaporizhia in the south want to have a vote on joining Russia. The mock referendums, which are not recognized by either Ukraine or the international community, are to be held from September 23-27.

The simultaneous sham referendums are seen as a reaction to the current Ukrainian counter-offensive in the east of the country. Similarly, Russia annexed Ukraine's Crimea peninsula in 2014. The vote was not recognized internationally. This time, too, recognition is not in sight. Former Russian President Dmitry Medvedev had previously called for accession referendums in the Moscow-held areas of Ukraine to be irrevocably annexed to Russia. "After its implementation and the inclusion of the new territories in Russia, the geopolitical transformation in the world will take on an irreversible character," he wrote on his Telegram channel.

Ukraine has confidently responded to Russia's announcements. "Neither the pseudo referendums nor the hybrid mobilization will change anything," Foreign Minister Dmytro Kuleba wrote on Twitter. Ukraine will continue to liberate its territory no matter what is said in Russia. In addition, Ukraine threatened a violent response. "Ukraine will settle the Russian question. The threat can only be averted with violence," said the head of the Ukrainian Presidential Office, Andriy Yermak, on the messenger service Telegram.

Yermak spoke of "naive blackmail" and "fear-mongering". "This is what the fear of crushing (Russian troops) looks like. The enemy is afraid and manipulates in a primitive way," wrote the 50-year-old on the Telegram news channel. The announcement of the referendums was "blackmail" by Moscow, which was driven by the "fear of defeat" in view of the Ukrainian gains in territory.

The plans for an annexation by Russia have met with international criticism. It was "very clear that these sham referendums cannot be accepted," said Federal Chancellor Olaf Scholz on the fringes of the UN general debate in New York. NATO Secretary General Jens Stoltenberg spoke of a "further escalation" in Russia's war of aggression against Ukraine.

The White House said the US would "never" recognize Moscow's annexation of Ukraine's territories. The planned votes are "not covered by international law and by the understandings that the international community has found," said Scholz. It is an "attempt at imperialist aggression" that the votes are intended to "disguise". "Russia must withdraw its troops," emphasized the Chancellor.

Russia's parliament has rushed through legislative changes that could indicate a possible preparation for the imposition of martial law in the country. For example, the Duma determined that times of "mobilization" and "state of war" were particularly prone to crime. Among other things, the criminal law was tightened in the second and last reading, according to which the prison sentences for voluntarily becoming prisoners of war and for looting are significantly increased.

Independent observers close to the Kremlin saw this as a possible preparation by the Kremlin for the declaration of a state of war and a mobilization. In view of the war in Ukraine, Russian President Vladimir Putin said that Moscow hadn't even really started there. The State Duma also passed a law that would allow foreigners who enlist in the military to become Russian citizens more quickly.

Against the background of the Russian war against Ukraine, the ruler of Belarus, Alexander Lukashenko, has also ordered all security organs to be mobilized and the laws to be further tightened. "If we have to put a military unit on alert under the laws of war, then we have to do it," Lukashenko said at a meeting with Secretary of the National Security Council Alexander Wolfovich, according to the Minsk state news agency Belta. At the same time, the 68-year-old threatened the opposition and called for "society to be disciplined".

According to British findings, Russia's Black Sea Fleet has relocated some of its submarines from Sevastopol on the Crimean peninsula to the port of Novorossiysk in southern Russia, several hundred kilometers away. The main reason for this is probably a change in the level of threats, explained the Ministry of Defense in London in its daily situation report. It pointed out that in the past two months both the headquarters and the main airfield of the Black Sea Fleet in Crimea had been attacked.

"Of course, if peace is to be established in Ukraine, the return of the occupied land will be really important. That is expected," Erdogan said in an interview published by the US broadcaster PBS. Likewise, the Crimean Peninsula, annexed by Russia, must be returned to Ukraine. After invading Ukraine on February 24, Russia has conquered large areas in the south and east of the country. Ankara has previously condemned the 2014 annexation of Crimea and insisted on respect for Ukraine's sovereignty. On the other hand, Erdogan recently accused the West of "provocation" in the Ukraine war.

Ukraine can count on more billions from Brussels

Ukraine can soon expect the payment of further EU financial aid amounting to five billion euros. The EU states formally accepted the billions in aid, as announced by the Czech Council Presidency. The financial package thus cleared its last hurdle and should therefore be paid out soon. The loan should ensure that the Ukrainian state and important infrastructure can continue to function despite the Russian war against the country. The money is part of an aid package announced in May totaling nine billion euros.

According to Slovenian information, Slovenia and Germany have agreed on an exchange of rings as military aid for Ukraine. According to this, Slovenia is handing over 28 old M-55S main battle tanks to the country attacked by Russia. This was announced by the Slovenian Prime Minister Robert Golob in Ljubljana after a telephone conversation with Chancellor Olaf Scholz (SPD). From Germany it will get 35 heavy military trucks and 5 tank trucks, it said on Monday evening. Official confirmation was still pending in Berlin. The German government has organized part of the military aid for Ukraine as an exchange with eastern NATO partners. These hand over weapons of Soviet design to the Ukraine and receive more modern replacements from Germany.

The space nations Russia and the USA will fly together for the first time this Wednesday in times of the most severe tensions to the International Space Station ISS. On board a Soyuz rocket, the two cosmonauts Sergei Prokopyev and Dmitri Petelin and NASA astronaut Frank Rubio are scheduled to take off at 15:54 CEST from the Russian cosmodrome Baikonur in the steppes of the Republic of Kazakhstan in Central Asia. It is the first joint flight since the beginning of the Russian war of aggression against Ukraine. The invasion is putting additional strain on already difficult relations between Moscow and Washington.

Governor: So far 146 bodies have been exhumed near Izyum

According to the local government, 146 bodies have been exhumed from graves near the Ukrainian city of Izyum. "Some of the dead show signs of a violent death. There are corpses with their hands tied and traces of torture," writes the governor of the Kharkiv region, Oleg Sinegubov, on Telegram. The bodies of two children were also found. According to local residents, some of the buried people died in a Russian airstrike. According to Ukrainian President Volodymyr Zelenskyy, a total of 450 bodies are believed to have been buried on the outskirts of Izyum. The Kremlin denies Ukraine's allegations. 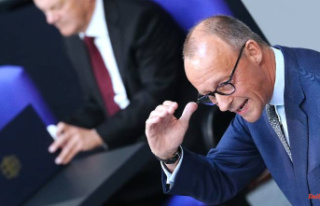