The day of the war at a glance: London: Russian troops "will soon run out of air" - Gazprom is supplying gas again

It is noted with relief but also skepticism that gas is once again flowing through Nord Stream 1. 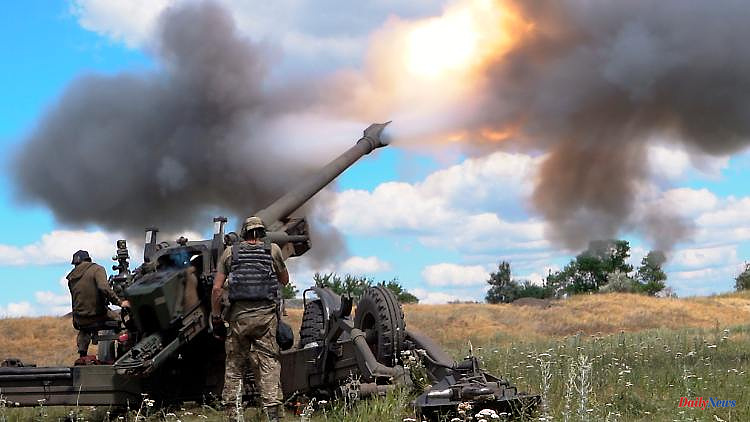 It is noted with relief but also skepticism that gas is once again flowing through Nord Stream 1. Economics Minister Habeck calls Russia an "insecure cantonist". Meanwhile, Russia is bombing the Donbass across the board - but is making little progress. The CIA and the Kremlin agree that Putin is perfectly healthy. And good news: there could be an agreement on grain shipments. The 147th day of the war at a glance.

According to Ukrainian sources, two people were killed and 19 others injured, including a child, in a Russian bomb attack on Kharkiv in north-eastern Ukraine. According to the region's governor, Oleg Synegubov, four of the injured were in serious condition. Since the beginning of the war at the end of February, Russia has been shelling the city - but has not yet been able to take it completely. Ukrainian authorities also report heavy attacks in Donbass. "In the Luhansk region there is probably not a single square meter of land that was spared by Russian artillery," Governor Serhiy Hajdaj wrote on Telegram. "The shelling is very intense."

The "Institute for the Study of War" (ISW) saw "no significant progress" in the Russian offensive on the cities of Bakhmut, Siwersk and Sloviansk in eastern Ukraine. Rather, the Russian army continues to wear down its fighting power in battles "for small and relatively insignificant settlements in the entire Donetsk region." "Efforts to advance towards Sloviansk have largely come to a standstill," it said.

According to its own statements, the Russian military fired on several targets in southern and eastern Ukraine. In the past 24 hours, a total of nine command posts had been hit in the Mykolaiv and Donetsk regions, said Defense Ministry spokesman Igor Konashenkov. In addition, six weapons depots were destroyed and a combat aircraft and a helicopter were shot down. This could not be verified independently.

The British secret service expects the Russian military to take a kind of pause in the coming weeks. This gives Ukraine an opportunity to counterattack, says MI6 boss Richard Moore. Because so far, according to conservative estimates, around 15,000 Russian soldiers have been killed in the war in Ukraine. It will become increasingly difficult for the Russian military to get personnel and material in the coming weeks. "I think they're about to run out of breath," Moore said.

After the maintenance, gas is again flowing through the Baltic Sea pipeline Nord Stream 1. According to network data, the gas flow has reached the announced level in the morning. According to data from Nord Stream AG, more than 29 gigawatt hours were delivered between 7 and 8 a.m., which is about as much gas as previously announced on the site. The Federal Network Agency later assumed that the pipeline would be used at around 40 percent, as it was before the ten-day maintenance. Despite the resumption of deliveries, the President of the Federal Network Agency, Klaus Müller, did not see the all-clear: "The worst scenario has not occurred, but I can't speak of the all-clear yet".

Federal Economics Minister Robert Habeck, however, rejected Russian statements that the country was the guarantor of Europe's energy supply. "This is a distortion of every fact," said the Green politician. Russia uses its power to blackmail Germany and Europe. "And every day proves to be an insecure cantonist in the energy supply in Europe."

Habeck also announced another energy security package. These include stricter specifications for filling the gas storage and activation of the lignite reserve, as Habeck says in Berlin. It is also about saving measures in public buildings and a mandatory "heating check".

While the European Union wants to become less dependent on Russian energy supplies, Hungary plans to buy more gas from Moscow. To this end, Hungarian Foreign Minister Peter Szijjarto made a surprise trip to Moscow. In addition to the amounts already agreed, his country wants to buy 700 million cubic meters of Russian gas this year, he said. It is about Hungary's energy security. His Russian colleague Sergey Lavrov said: "This request will be reported and examined immediately."

Hoping for a grain deal

After weeks of negotiations on the Russian grain blockade in the Black Sea, UN Secretary-General António Guterres travels to Istanbul. An agreement on an agreement with Moscow and Ukraine to export millions of tons of Ukrainian grain has not yet been fully negotiated, says UN spokesman Farhan Haq in New York. "We can solve this problem and potentially save hundreds of thousands, possibly millions of people from the price of food being out of their reach," Haq said. The Turkish Presidential Office announced that Guterres, Turkish President Recep Tayyip Erdogan and representatives from Russia and Ukraine will sign an agreement tomorrow, Friday, in Istanbul.

Britain again supports Ukraine with arms. The Ministry of Defense announced in London that hundreds of drones, anti-tank weapons and artillery pieces would be delivered in the coming weeks. These include more than 20 M109 self-propelled howitzers and 36 L119 guns, which Ukrainian soldiers are currently being trained on in Great Britain. There is also artillery reconnaissance radar and 50,000 rounds of ammunition for old Soviet-era artillery pieces. "The scale and breadth of the equipment we are providing demonstrates the strength of our resolve," Defense Secretary Ben Wallace said.

Meanwhile, Union parliamentary group leader Johann Wadephul from the CDU called on the federal government to increase speed and determination in arms aid for Ukraine. "The doubts that Germany stands when it comes to leading a tough confrontation with Russia are growing and that is poison for the EU and that is poison for NATO and that is poison for our alliance," said Wadephul in Berlin . "We are in a phase of the war where you don't have to negotiate, but where you have to act. That's simply the point, and the federal government isn't doing that." In the event of further inaction, the Union will raise this issue at a special session of the Bundestag, which is possible as early as August, and reserve the right to file a motion for disapproval, said Wadephul.

The European police authority Europol reports indications of arms smuggling from Ukraine. A Europol spokesman in The Hague confirmed that there were cases of black market trade in firearms and military goods. Investigators from the EU member states also have indications of the trade in heavy military weapons. "There is a risk that these will fall into the hands of organized crime or terrorists," says the spokesman.

Former Russian President Dmitry Medvedev is once again questioning Ukraine's continued existence as a sovereign state. The deputy chief of the Russian Security Council published a list of things "for which Russia is not to blame". One point reads: "The fact that, as a result of all events, Ukraine could lose the remnants of state sovereignty and disappear from the world map." The neighboring country already lost most of its sovereignty in 2014 when it came under the "direct control of the collective West," Medvedev claimed.

CDU leader Friedrich Merz defends the sanctions policy of Germany and the EU against Russia against any criticism from the Union. "I want the CDU and CSU to remain on this course, which says A: sanctions were correct, B: sanctions are correct and C: sanctions remain correct as long as this war of aggression is raging in Ukraine," said Merz at the end of the summer retreat CSU members of the Bundestag in the Banz monastery in Upper Franconia. There is no rethinking when evaluating the sanctions policy in the Union.

Military help and support is also needed for Ukraine, and the federal government must now finally implement what the Bundestag decided at the end of April - the delivery of heavy weapons to Ukraine, Merz said. In doing so, he distanced himself from statements by Saxony's Prime Minister Michael Kretschmer, who had declared that Germany had to mediate in the war between Russia and Ukraine and ensure "that this war is frozen."

Putin is "apparently in good health"

The Russian Presidential Office has rejected reports of alleged health problems by President Vladimir Putin. In the past few months, speculation about Putin's state of health has arisen in the West, said Presidential Office spokesman Dmitry Peskov. Reports that Putin is ill are "nothing but false reports". The director of the US foreign intelligence service, the CIA, William Burns, does not know anything about Putin's serious illness. "There are many rumors about President Putin's health, and as far as we can tell, he appears to be in excellent health," Burns said. 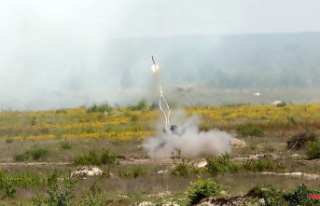