The government in Kyiv believes that Russian troops are now targeting residential areas. 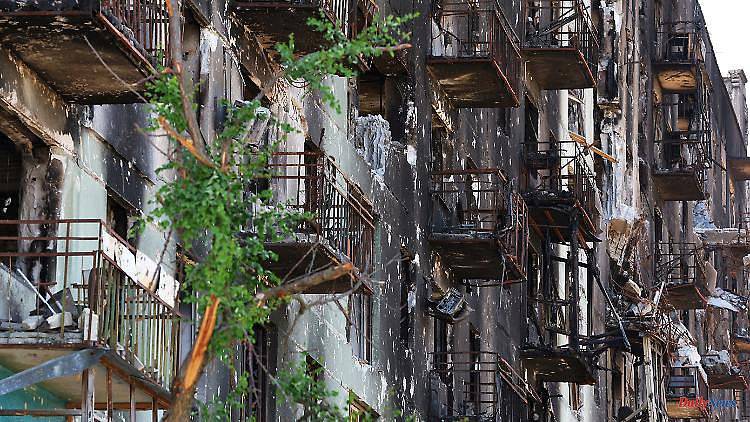 The government in Kyiv believes that Russian troops are now targeting residential areas. British intelligence sees this as a sign that the Kremlin military is running out of modern cruise missiles. The Belarusian ruler Lukashenko claims rocket fire from Ukraine, Hamburg is preparing the citizens for cold showers. The 128th day of the war at a glance.

Kyiv: Pressure on Western politicians is set to increase

A good four months after the start of the Russian war of aggression, the Ukrainian presidential adviser Mykhailo Podoliak sees a change in the Russian army's warfare. "It's a new tactic by Russia: attacking neighborhoods and putting pressure on Western political elites to force Ukraine to sit down at the negotiating table," Podoliak said, according to various media. Moscow pays no attention to how the world reacts to "inhumane attacks" with cruise missiles on residential areas. But this tactic will not work.

London: Russia is running out of modern missiles

According to British estimates, Russia is increasingly having to resort to inaccurate missiles in its attacks in Ukraine. The reason is probably that the supplies of modern, accurate weapons are dwindling, said the Ministry of Defense in London. The shopping center in the eastern Ukrainian city of Kremenchuk was most likely hit by a Ch-32 rocket, the intelligence agency said. This is a further development of the Soviet missile Ch-22, but it is not optimized for hitting ground targets accurately.

Ch-22 missiles are believed to have been used in attacks on the southwestern Ukrainian region of Odessa on June 30. "These weapons are even less accurate and unsuitable for targeted attacks and have almost certainly resulted in repeated civilian casualties in recent weeks," it said.

Belarusian ruler Alexander Lukashenko accused Ukraine of launching rocket attacks on his country. "About three days ago, maybe more, an attempt was made from Ukraine to attack military targets in Belarus," Lukashenko said, according to the state news agency Belta. "Thank God our air defense systems intercepted all missiles fired by Ukrainian troops," he said.

According to information from Kyiv, Russia continued its attacks on a broad front in eastern Ukraine. In the Kharkiv area, the Russian army is trying to recapture lost positions with the support of artillery, the Ukrainian general staff said. Numerous places would be shelled in order to tie down the Ukrainian army there. A Russian attack was repelled in the Donetsk region, it said. Russian air raids are reported from the Avdiivka area. In the Black Sea, on the other hand, Russia continues to block Ukraine's sea connections.

The southern Ukrainian city of Mykolaiv was rocked by heavy explosions. Alarm sirens sounded in the region just before the detonations. Mayor Olexander Senkevych called on residents to stay in the shelters via the Telegram messenger service.

The Ukrainian army rejected reports of success from pro-Russian fighters about a complete encirclement of Lysychansk. A Ukrainian army spokesman said on television that there was fierce fighting around the city in the Luhansk region. Lysychansk was "not surrounded and still under the control of the Ukrainian army".

Britain protested Russia's treatment of prisoners of war following reports of the capture of two more Britons in eastern Ukraine. "We condemn the exploitation of prisoners of war and civilians for political purposes and have raised this with Russia," said the Foreign Office in London on request. "We are in constant contact with the Ukrainian government about the cases and we fully support Ukraine in getting them released." The Russian state agency TASS had previously reported, citing pro-Russian separatists, that two Britons had been charged with "mercenary activities".

According to a report, Germany is even more dependent on Russian crude oil than recently stated by Federal Minister of Economics Robert Habeck. A response from Habeck's ministry to a CDU inquiry revealed that in May 27.8 percent of the crude oil imported by Germany came from Russia, the "Welt" reported. Habeck said at the end of April that the proportion was only twelve percent at that time. According to the report, the Economy Ministry explained the discrepancy between the minister's statement and the actual number by saying that oil-importing companies had signaled at the time that they could withdraw from existing contracts with Russian suppliers at short notice if Russia stopped deliveries or imposed a complete embargo.

Hamburg: No hot water when there is a lack of gas

The Hamburg Senator for the Environment, Jens Kerstan, has announced that the amount of hot water for private households will be limited in the event of a gas emergency. "In an acute gas shortage, warm water could only be made available at certain times of the day in an emergency," said the Green politician of the "Welt". A reduction in the maximum room temperature in the district heating network could also be considered. For technical reasons, it will not be possible everywhere in Hamburg to distinguish between commercial and private customers in the event of a gas shortage, said Kerstan.

1 Vacationers film agony: Shark kills Austrian on the... 2 Baden-Württemberg: traffic accident with two seriously... 3 Ardeche. The President of the Department is addressed... 4 Alpes de Haute Provence. Le Seignus: A mountain biker... 5 Tennis. Cornet, 32, is enjoying the best year in his... 6 Two people killed when Nio electric car crashes from... 7 Minimum 1,400 rural telephone boxes are protected... 8 Brazil: Rio's residents grow their way to freedom... 9 Greater Anglia cancels 90% train service on Saturday... 10 Due to shortage of formula, US parents resort to the... 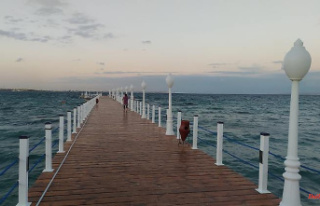