The day of the war at a glance: NATO's northern expansion is fast approaching - Russia reports successes in the Donbass

A good five months after the start of the Russian war of aggression against Ukraine, Sweden and Finland are drawing closer to joining the western defense alliance NATO. 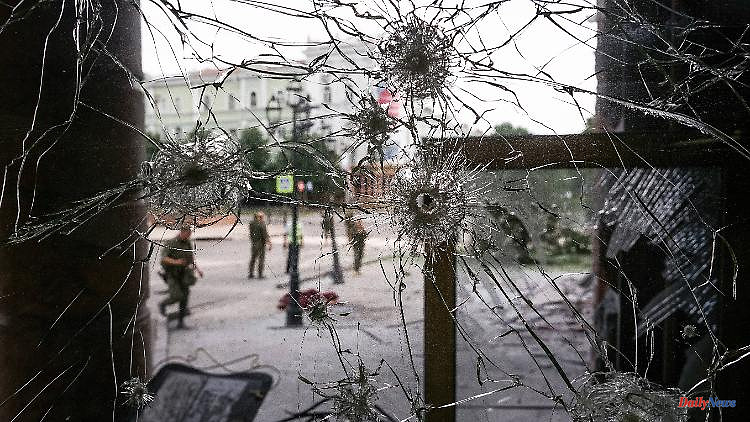 A good five months after the start of the Russian war of aggression against Ukraine, Sweden and Finland are drawing closer to joining the western defense alliance NATO. Meanwhile, fighting in eastern Ukraine continues. Criticism on both sides comes from Amnesty International. The 162nd day of the war at a glance:

Great consensus in US Senate on NATO expansion

The US Senate ratified NATO's northern expansion in a rare bipartisan unanimity on Wednesday. 95 senators voted for the admission of Sweden and Finland, there was only one vote against. The Nordic EU states had applied for admission after the Russian invasion of Ukraine. At around 1,340 kilometers, Finland has the longest border of any EU country with Russia.

Turkish reservations about the accession of the northern Europeans

Seven of NATO's 30 member states have yet to agree to join: Hungary, the Czech Republic, Greece, Portugal, Slovakia, Spain and Turkey. The greatest uncertainty continues to come from Turkey. Ankara was initially the only country to block the start of the process, citing alleged Swedish and Finnish support for "terrorist organizations" as the reason for this stance. At the end of June, the three countries then signed a declaration of intent that addressed Turkey's reservations. In mid-July, however, President Recep Tayyip Erdogan again threatened a blockade if the conditions set were not met. On Friday he wants to meet Russia's President Vladimir Putin in the Russian seaside resort of Sochi.

The NATO countries are working closely with armaments companies to be able to supply Ukraine with more weapons and equipment in the long-term war against Russia. "We are providing a lot of support, but we have to do more and be prepared for the long term," said NATO Secretary General Jens Stoltenberg. "That's why we are now also in close contact and working closely with the defense industry to produce and supply more different types of ammunition, weapons and equipment." In recent months, the US and other Western countries have begun supplying Ukraine with more advanced conventional weapons. These include highly mobile HIMARS rocket launcher systems, which have greater range and precision.

Less than a week after the devastating attack on a prisoner of war camp in eastern Ukraine, UN Secretary-General António Guterres announced an investigation. The United Nations had received a request from both Russia and Ukraine, Guterres said in New York. Dozens of Ukrainian prisoners of war were killed in the attack on the Olenivka camp. Moscow and Kyiv blame each other.

According to their own statements, the Russian armed forces have meanwhile succeeded in advancing in the heavily contested Donetsk region. Due to high losses, several Ukrainian brigades have withdrawn from their positions near Soledar, Avdiivka and Bakhmut, Defense Ministry spokesman Igor Konashenkov said in Moscow. This could not be verified independently. The Ukrainian General Staff, on the other hand, continued to describe the situation around the three small towns as stable. "The enemy was unsuccessful in all the sections mentioned and retreated," it said.

Defending places like Bakhmut and Soledar is strategically important: should they fall, it would open the way for Russian troops to the conurbation around the cities of Sloviansk and Kramatorsk. More than half a million people lived there before the war.

The human rights organization Amnesty International accuses the Ukrainian army of endangering civilians with its warfare. They set up bases in residential areas - including in schools and hospitals - or operate weapon systems there, it said. However, martial law requires military objects to be placed as far away from civilian installations as possible. However, Amnesty also criticized Moscow for "the many indiscriminate strikes by the Russian military with civilian casualties". Kyiv was outraged and rejected the allegations.

Three more grain freighters are scheduled to depart on Friday

According to Turkish Defense Minister Hulusi Akar, three more ships loaded with grain are due to leave Ukrainian ports on Friday. In addition, an unloaded freighter is to be examined in Istanbul and then set sail in the direction of Ukraine. The shipments are part of agreements between Ukraine and Russia to resume grain exports. Turkey and the UN mediated the compromise.

EU wants to stick to alternative routes for grain from Ukraine

Despite the resumption of grain exports via the Black Sea, the EU wants to stick to its initiative for alternative freight routes. As it will be difficult to immediately restore export volumes via the Black Sea ports to pre-war levels, other modes of transport such as rail or inland waterways on the Danube remain crucial, an EU official said.

However, the greatest hopes are currently pinning on a new international agreement that should enable regular Ukrainian agricultural exports across the Black Sea. According to EU figures, around 90 percent of grain and oilseed exports went through the Ukrainian ports before the war. The first ship to leave Odessa under the deal earlier this week had loaded around 26,000 tons of corn. It is expected in Lebanon on Sunday.

1 Another strike averted: Lufthansa and Verdi reach... 2 Brittney Griney condemned: Why does a US basketball... 3 Saxony-Anhalt: truck stopped with seven people smuggled... 4 Bavaria: Wirtshauskultur-Verein: Corona measures "unacceptable" 5 Lufthansa and Verdi agree on wage increases for ground... 6 Declaration of bankruptcy for the FDP 7 Bestseller: The draft constitution in Chile is the... 8 Energy: "In the core of the reactor" - Union... 9 Legislative in Senegal: the presidential camp loses... 10 After the warning strike: More wages: Lufthansa and... 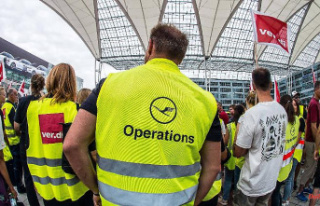