The day of the war at a glance: NATO sees no alliance - G20 summit condemns Russian war of aggression

The situation surrounding the missile impact in Poland has defused significantly on the diplomatic stage. 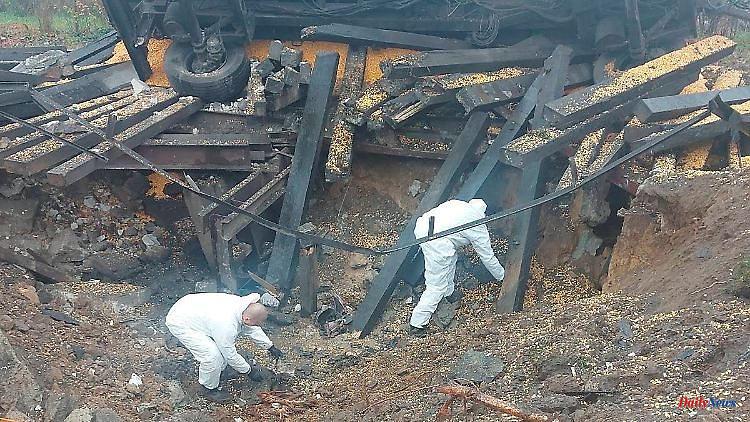 The situation surrounding the missile impact in Poland has defused significantly on the diplomatic stage. NATO countries do not see that the alliance has happened. In their view, a Ukrainian anti-aircraft missile is responsible. The allegations against Russia are thus largely off the table. Meanwhile, the country is coming under diplomatic and economic pressure. The 266th day of the war at a glance.

After the international alarm bells rang the night before after rocket attacks and two deaths in Poland, the situation has calmed down significantly today. Many observers initially identified misguided Russian missiles as the origin of the explosions in the Polish border area, but now there are increasing signs that they are Ukrainian anti-aircraft missiles. US President Joe Biden expressed skepticism at an early stage and said that according to US findings the missile that struck was an anti-aircraft missile from Ukraine. Turkish President Recep Tayyip Erdogan made a similar statement. At a press conference at the G20 summit on the Indonesian island of Bali, Erdogan said he believes that Russia has made a corresponding statement and that the government in Moscow is not involved.

The evening before, Russia had already denied involvement in the explosions. Instead, the Kremlin spoke of "targeted provocations" by the West. The Ministry of Defense followed up today. According to the RIA news agency, it said that the targets fired on were no closer than 35 kilometers from the Ukrainian border with Poland. Massive attacks on Ukraine's energy infrastructure had been launched.

The emergency meeting of NATO also came to the conclusion that there was no situation of an alliance case. The night before, there was speculation that Article 4 of the NATO treaty could come into force if Russian rockets fired at Polish territory. Article 4 provides for consultations between NATO countries if one of them sees a threat to the integrity of its territory, political independence or its own security. Most of the evidence gathered so far indicates that "it may not be necessary to trigger Article 4 this time," Polish Prime Minister Mateusz Morawiecki said in a joint statement with President Andrzej Duda in Warsaw.

Ukrainian officials, on the other hand, used the incident to once again promote a no-fly zone monitored by the West. "We ask for the sky to be closed because the sky has no borders," Defense Minister Oleksiy Reznikov wrote on Twitter. This is necessary to shoot down uncontrolled missiles and also to protect the EU and NATO countries. "This is the reality we warned about," Resnikov added. On Monday, Russia alone is said to have fired around 100 rockets at Ukrainian territory. However, Western countries reject such a no-fly zone because otherwise they see the danger of actively intervening in the conflict. Regardless of the demand, Reznikov said that Ukraine is working with its foreign allies to develop an anti-aircraft defense system. This will be "integrated and tiered," he wrote on Twitter. He did not give any further details.

Ukrainian President Volodymyr Zelenskyy, on the other hand, still doubts that the rocket hitting Polish territory was a Ukrainian projectile. "Can you get facts or any evidence from the partners?" the 44-year-old asked journalists in a televised interview.

Although Russia is no longer under international pressure with regard to the incident in Poland, dissatisfaction with the war within the country is said to be increasing. According to a report by the US Institute for the Study of War (ISW), criticism of the Russian war of aggression is growing on Russian social media platforms. A petition launched by 16 groups of war opponents for a binding end to the mobilization has already collected almost 38,000 signatures. The signatories complain that Putin has declared the end of the mobilization but has not signed a decree to this effect, which is why the mobilization is continuing covertly. In addition, around 1,500 mothers of children with physical disabilities and mothers with more than three children demanded that their husbands be called back from the front.

Russians arrest the head of the occupation administration

But there are also problems in the areas annexed by Russia. It was reported that the deputy head of the occupation administration in the Kherson region Kateryna Hubaryeva was detained by the Russian police. This is reported by the Kremlin-loyal TASS news agency, citing Russian law enforcement agencies. Accordingly, she was arrested for an economic crime. Hubarjewa's predecessor, Kirill Stremousov, had died a week earlier - according to Russian sources, in a traffic accident. Earlier, Hubareva's husband, Pavlo Hubarev, wrote on Telegram that his wife had disappeared.

Attempts by Russian troops to destroy the Kakhovka dam in the Cherson region also appear to have failed. According to British experts, there is at least no risk of a flood catastrophe. Three spans of the bridge on the dam were destroyed, making the crossings impassable, the Ministry of Defense in London said, citing intelligence information. However, the weirs below this section are largely intact. "The current level of damage is unlikely to result in major flooding downstream," it said. On November 11, the Russian troops withdrew with controlled demolitions and caused considerable damage. "This was probably done to prevent further Ukrainian advances," it said in London.

Russia also suffered a defeat at the G20 summit in Bali. Foreign Minister Sergei Lavrov left the meeting early. The remaining countries agreed on a final declaration, which said that most members of the G20 strongly condemned the war in Ukraine. The summit of the 20 leading economic and emerging countries in Indonesia thus adopted a joint final declaration, despite major differences of opinion on topics such as the Ukraine war, which Russia had wanted to prevent in this form.

Parallel to the military and diplomatic setbacks, Russia is also increasingly ailing economically. The gross domestic product (GDP) fell by 4.0 percent in the period from July to September compared to the same quarter of the previous year, as the national statistical office Rosstat announced in Moscow based on preliminary figures. In the second quarter, the GDP already fell by 4.1 percent, so that the country is now in a recession.

Other texts worth reading about the Ukraine war:

You can read all other developments on the war in Ukraine in our live ticker.

1 DFB disillusionment in the quick check: Oh man (s),... 2 Anger at slow driving: Unknown shoots at Denise Richards'... 3 McConnell remains Senate boss: Trump camp loses power... 4 Still more expensive than gas: Habeck wants to accelerate... 5 Rather not "kicking out the Russians": US... 6 Interview with Frank Sauer: "A ricochet is not... 7 World Cup driver in the individual review: A striker... 8 Offered by the referee: Ball of the "Hand of... 9 Does Hollywood star date 29-year-olds ?: Brad Pitt... 10 North Rhine-Westphalia: Driver trapped on A33 and... 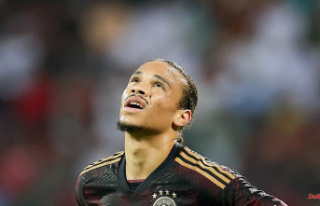