The day of the war at a glance: Navalny exposes Gazprom boss Miller - Zelenskyj visits the southern front

Unlike the Kremlin boss, the Ukrainian president dares to go to the front. 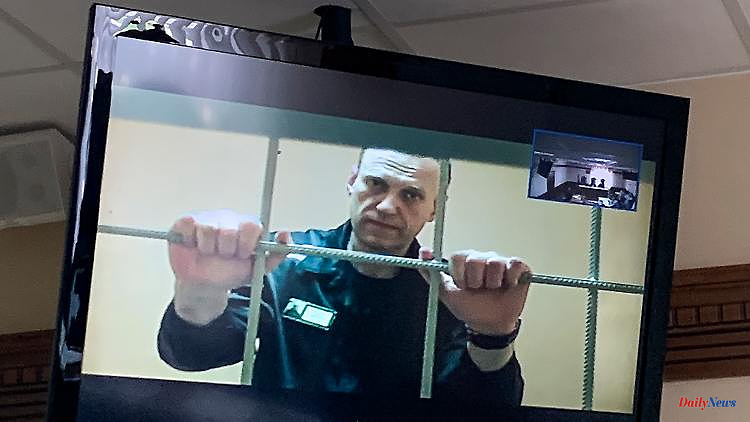 Unlike the Kremlin boss, the Ukrainian president dares to go to the front. For the first time, Selenskyj directly encourages soldiers in the south of the country. There, the Russian military threatens Odessa. Putin's imprisoned adversary Navalny shows the obscene wealth of Gazprom boss Miller. Chancellor Scholz wants to have done everything right in his Russia policy. The 115th day of the war at a glance.

Zelenskyj thanks for heroic service

For the first time since Russia's war of aggression began, Ukrainian President Volodymyr Zelenskyy has visited the front line in southern Ukraine. An official video shows Zelensky inspecting a badly damaged regional administration building in Mykolaiv. Mykolaiv is an important military target for Russian troops. The capture of the city would open the way to Odessa, the main Ukrainian port city. Mykolayiv is also not far from the Cherson region, which is completely under the control of Russian troops.

According to his presidential office, Zelenskyi visited other Ukrainian positions in the region and in the neighboring Odessa region. "I want to thank you on behalf of the Ukrainian people, on behalf of our state, for your great work, for your heroic service," he told soldiers. On the other hand, Russian President Vladimir Putin has only made one public appearance with soldiers - when he visited the injured in a Moscow hospital.

In the occupied city of Cherson, there was apparently an attack on a collaborator. As reported by "Ukrainska Pravda", the explosives are said to have been on a tree. The Russian occupiers spoke of an act by "Ukrainian partisans". According to the Russian state news agency RIA Novosti, it was an assassination attempt on Yevhen Soboliev, the head of a prison in Russian-occupied Kherson, who had switched to the Russian side. He is said to be in the hospital with injuries.

Fierce fire in Donbass and Severodonetsk

Meanwhile, fighting in eastern Ukraine's Donbass continued unabated. Pro-Russian separatists in Donetsk reported five civilians dead and 12 wounded by Ukrainian artillery fire. Donetsk is the capital of the self-proclaimed Donetsk Republic. "Since the morning, massive enemy bombardments have been aimed at the capital of the People's Republic," the separatist military said. More than 200 artillery shells fell during the day. Russian news agencies reported that a cinema and a café in the city center were hit.

According to Ukrainian sources, the battle for the strategically important city of Sievjerodonetsk is now increasingly being fought in the surrounding villages. "Our defenders are fighting the Russians in all directions," said Luhansk regional governor Serhiy Hajday. According to him, the city of Sievjerodonetsk is still not under full Russian control. Meanwhile, for the people in neighboring Lyssychansk, the situation is becoming increasingly dangerous: since the Russian troops are unable to advance, "they simply bombard the city from the air," Hajdaj explained. The UN Office for the Coordination of Humanitarian Affairs (Ocha) had previously announced that Sieverodonetsk had little access to clean water, food and electricity. The humanitarian situation in many parts of eastern Ukraine is "extremely alarming".

In the past 48 hours, the Russian military apparently tried again to advance south of the city of Izyum in eastern Ukraine, according to British sources. The aim of the Russian army is to advance further into the Donetsk region and to encircle the embattled city of Sievjerodonetsk from the north, the Ministry of Defense in London said, citing British military intelligence.

According to local authorities, rockets have fallen in the city of Kryvji Rih in central Ukraine. There are at least two victims, the authorities say on Telegram. A district in the south of the city was hit. Kryvyi Rih is located in the Dnipropetrovsk region.

The Russian energy company Gazprom will stop gas transport through the Turkstream pipeline for a week from Tuesday. The company announced this on Twitter. The reason is annual maintenance work, the cessation of gas supply has been agreed with all parties. Russian gas flows through the pipeline to Turkey and southern and south-eastern Europe.

The head of the Federal Network Agency, Klaus Müller, sees a clear Russian strategy in reducing gas supplies to Europe. "Russia has been delivering significantly less gas to Germany and Europe for days now. That should unsettle us and drive up prices," said Müller. "That's why the federal government is organizing additional liquid gas and the gas storage law is working. Saving gas and storing it for the winter is now the order of the day."

In line with the Kremlin's gas shortage strategy, the team led by jailed Kremlin critic Alexei Navalny showed the fabulous wealth of Gazprom boss Alexei Miller. According to the report, he resides in a $240 million palace with an area of ​​around 8,500 square meters. Overall, Miller, a close associate of Putin and partly responsible for the throttled gas supplies to Europe, is said to have real estate worth more than 750 million.

Britain will continue to support Ukraine in the long term, according to the British Prime Minister. Boris Johnson warned of "Ukraine fatigue" as the war drags on. "The Russians are progressing bit by bit and it's important for us to show what we believe to be true, which is that Ukraine can and will win," Johnson told the press after returning from Kyiv. He was responding to criticism from within his Conservative Party that he had traveled to Ukraine instead of attending a conference in northern England.

In an interview, Chancellor Olaf Scholz shared Angela Merkel's view that she had done nothing wrong in Russia policy. "The attempt at reconciliation can never be wrong, and neither can the attempt to get along peacefully with each other. I see myself as close to my predecessor," said Scholz. "But it was a mistake in German economic policy that we concentrated our energy supply too much on Russia, without building the necessary infrastructure so that we could quickly change course if the worst came to the worst. As mayor of Hamburg, I have been campaigning for this for a long time to build liquid gas terminals on the north German coast. Now we have to catch up quickly."

1 Second disaster in a month: Iranian fighter jet crashed... 2 Successes for Höcke and Chrupalla: The AfD wants... 3 After indigenous protests: Ecuador's government... 4 The lost candidate: the Georgians want to join the... 5 Briefing and award: Zelenskyj visits frontline region... 6 After deportation flights were stopped: London clamors... 7 Party of Ostpolitik: "A large part of the SPD... 8 Party determines new board: Chrupalla and Weidel elected... 9 Motion by the parliamentary group: Union calls for... 10 Up to 50 percent of equipment: Ukrainian general admits... 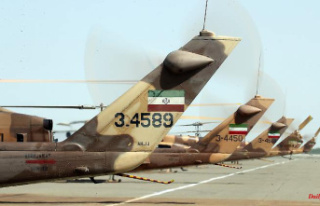