The day of the war at a glance: Rocket hits near nuclear power plant - Germany supplies more self-propelled howitzers

As Ukrainian troops advance in the east of the country, a rocket impact in the south shatters more than 100 windows of a nuclear power plant building. 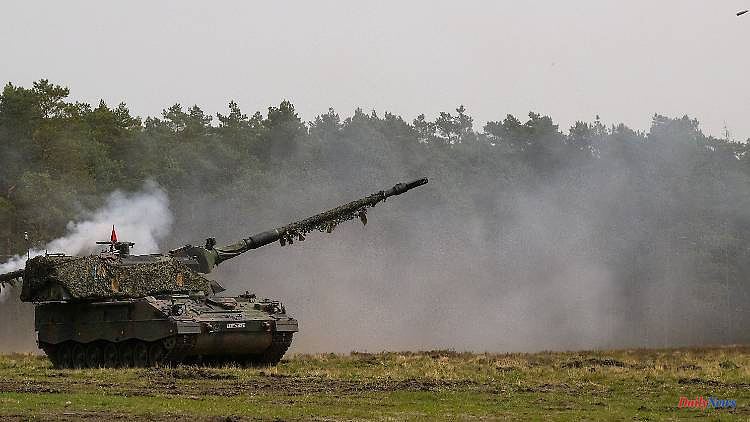 As Ukrainian troops advance in the east of the country, a rocket impact in the south shatters more than 100 windows of a nuclear power plant building. Germany is delivering more self-propelled howitzers to Ukraine - and several AfD MPs are planning a visit to the war zone. The 208th day of the war at a glance:

According to Kyiv, a Russian missile landed near the Pivdennoukrainsk nuclear power plant in southern Ukraine. According to the operator, the force of the explosion shattered around a hundred windows in the plant. In this context, President Volodymyr Zelenskyy accused Russia of endangering the entire world. Pivdennoukrainsk is the second largest nuclear power plant in Ukraine.

Meanwhile, 13 people were killed by artillery fire in the Russian-controlled city of Donetsk in the east of the country. According to local media, two grenades hit a bus stop and a shop. Local authorities blame Ukrainian troops for the shelling. Kyiv regularly denies such allegations. The information could not be independently confirmed.

In the eastern Ukrainian regions of Kharkiv, Donetsk and Luhansk, the Ukrainian troops have pushed back the Russian opponents, according to media reports. Accordingly, the place Jarowa on the left bank of the river Siwerskyi Donets was recaptured. Official confirmations from the Ukrainian or Russian side were initially not available. In addition, Ukrainian units apparently also managed to cross the river near Bilohorivka and launch an attack on Kreminna.

Donetsk and Luhansk are demanding rapid union with Russia

In the face of Ukraine's advance, a campaign for quick accession to Russia begins in the Moscow-backed separatist regions of Luhansk and Donetsk. In the so-called People's Republic of Luhansk, a body called the Citizens' Chamber appealed to the local leadership to hold a referendum on the Anschluss soon. A little later, in the People's Republic of Donetsk, the Citizens' Chamber followed with the same request, as reported by the Russian news agency Tass. The people in the Cherson region are also demanding a referendum, said the head of administration Kirill Stremoussov, appointed by Russia.

Kyiv is to receive four more self-propelled howitzers from the Bundeswehr for the defense against Russia. The delivery will be initiated immediately, said the Ministry of Defense in Berlin. The Panzerhaubitze 2000 is a heavy artillery piece with a range of up to 40 kilometers. The delivery should also include an ammunition package.

Lindner: No change of course towards the delivery of battle tanks

With regard to the delivery of western battle tanks, which is often demanded by Ukraine, FDP leader Christian Lindner sees no change of course in the federal government. When asked about statements by Foreign Minister Annalena Baerbock, Lindner said he had reinsured himself within the federal government and officially asked whether the attitude of individual departments had changed. "That could not be confirmed," said the Federal Minister of Finance. At meetings of the allies in Ramstein, according to his knowledge, agreement was reached on the exchange of rings "and that no main battle tanks of Western production and design should be delivered". This continued to be the line of the FDP and was also confirmed in the Presidium.

Experts: Putin is increasingly building on alternatives to regular troops

According to military experts, Russian President Vladimir Putin is increasingly relying on improvisation because of the high losses. The Kremlin is increasingly focusing on recruiting ill-prepared volunteers into irregular improvised units, rather than using them as reserves or replacements for regular Russian troops, write analysts at the Washington-based Institute for the Study of War (ISW).

The experts see one reason for this in Putin's troubled relationship with his own military leadership and the Ministry of Defense over the summer, especially after the recent losses of territory. The formation of such improvised units will lead to further tensions, inequality and a lack of unity among units, the ISW report said. Given their short training, they had "little effective fighting power".

According to British estimates, the Russian Air Force is also coming under increasing pressure. In the past ten days, Russia has apparently lost four fighter jets and thus a total of 55 machines since the attack began at the end of February, the Ministry of Defense in London said, citing intelligence findings.

The increase in casualties may be partly due to the Russian Air Force taking greater risks to provide close-range support to ground forces under pressure from Ukrainian advances. Added to this is the poor situational awareness of Russian pilots.

AfD MPs are planning a trip to eastern Ukraine

According to their own statements, several AfD MPs are currently traveling to Russia. "A visit to eastern Ukraine is also planned," said the AfD parliamentary group in the Saxony-Anhalt state parliament. The delegation included the state parliamentarians Daniel Wald and Hans-Thomas Tillschneider. The group wanted to "get its own picture of the humanitarian situation". In a tweet, the outgoing Ukrainian ambassador to Germany, Andriy Melnyk, accused the politicians of "supporting the Russian war of annihilation" with the planned visit to the Russian-occupied areas in eastern Ukraine. According to Melnyk, North Rhine-Westphalian AfD MPs are also part of the travel group.

In the Russian-controlled eastern Ukrainian separatist stronghold of Luhansk, a court has sentenced two local employees of the Organization for Security and Co-operation in Europe (OSCE) to 13 years in prison each. The verdicts came because of alleged espionage for Ukraine and the United States, as reported by the Russian state news agency Tass. From August 2021 to April 2022, one of the OSCE men collected "evidence of the movement of military technology and weapons and also the relocation of units". In Vienna, OSCE Secretary General Helga Schmid called for the "immediate and unconditional release" of the two convicts and another OSCE colleague.

Since 2014, the OSCE has been responsible, among other things, for monitoring an agreed withdrawal of arms along the front line between Russian-backed separatists and the Ukrainian army. The observer mission ceased its activity with the Russian invasion.

1 Grief and anger in Tehran: Mahsa Amini's death... 2 Breaks the EU alliance against Putin?: When Italy... 3 Complex task: Kristersson is to form the Swedish government 4 Queen Elizabeth II buried: moving farewell to a monarch... 5 2.5 million per person: There are probably around... 6 North Rhine-Westphalia: 1-0 against Saarbrücken:... 7 Mecklenburg-Western Pomerania: Police: 4,500 people... 8 He was surprised himself: Jauch has something to do... 9 Hesse: Frontal collision on A671: Two seriously injured 10 Mecklenburg-Western Pomerania: More than 10,500 people... 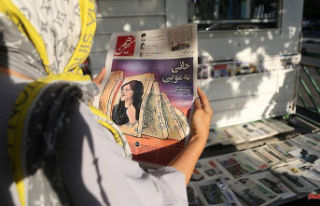