The day of the war at a glance: Scholz leaves Kyiv visit open - Bundestag approves 100 billion for the Bundeswehr

Chancellor Scholz receives another invitation to visit Kyiv, which he does not accept for the time being. 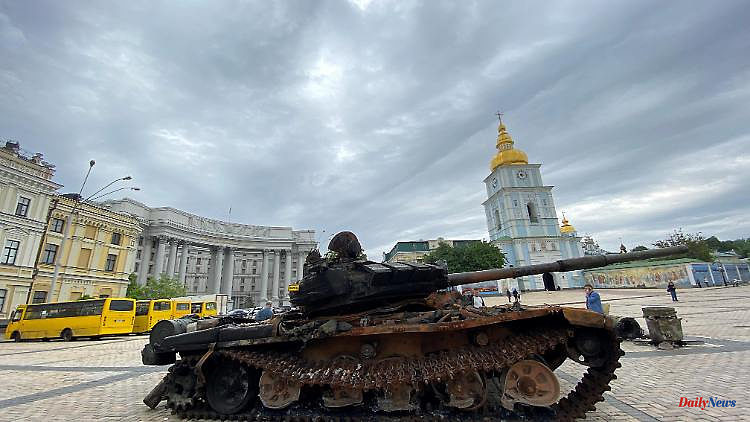 Chancellor Scholz receives another invitation to visit Kyiv, which he does not accept for the time being. Federal Finance Minister Lindner is planning a trip to the Ukraine. Meanwhile, the Bundestag approved the new budget with loans of 138.9 billion euros - and the special fund for the armed forces. The 100th day of the war at a glance.

One hundred days after the Russian invasion of Ukraine, Chancellor Olaf Scholz received the Speaker of the Ukrainian Parliament Ruslan Stefantschuk Morgen in the Chancellery. It was "a very pleasant conversation," said Deputy Government Spokesman Wolfgang Büchner. Stefantschuk invited Scholz to Kyiv - the chancellor "took friendly note of this invitation," reported Büchner. However, he said nothing about concrete travel plans.

In the conversation, Stefantschuk was "pleased" that Scholz had announced "the delivery of more powerful weapons for Ukraine," Büchner said in reference to the Chancellor's speech in the Bundestag on Wednesday. In contrast to Scholz, Federal Finance Minister Christian Lindner says he is preparing a trip to Kyiv. "I received an invitation - and I will accept it," said Lindner to the TV station Welt. "My fellow Ukrainian finance minister said during a meeting just a few days ago that it would be helpful for them if I, as finance minister and current G7 chairman of the finance ministers, were in Kyiv on one occasion. And that's why we're going about it now."

The federal government wants to strengthen defense with a new budget

The federal government can spend almost half a trillion euros this year and incur high debts again. The Bundestag approved Finance Minister Christian Lindner's budget with a large majority. Characterized by the Ukraine war and the corona pandemic, it again provides for loans of 138.9 billion euros. To this end, in the afternoon the deputies again withdrew the exemption from the debt brake anchored in the Basic Law.

At the same time, Defense Minister Christine Lambrecht's budget will increase to more than 50 billion euros - in addition to the planned special fund, from which 100 billion will be invested in the armed forces in the coming years. The Bundestag paved the way for this special fund by amending the Basic Law. The MPs voted with a large majority to include a new paragraph 87a in the German constitution

Russia reacted with irritation to the approved special fund. It accused Germany of "rearming", alluding to the Nazi era. The federal government's plans for the 100 billion euros for the Bundeswehr "we see as further confirmation that Berlin is on the way to renewed rearmament," said foreign ministry spokeswoman Maria Zakharova. "We know only too well how this can end." The statements can be interpreted as an allusion to Nazi Germany's rearmament program in the 1930s under Adolf Hitler.

Putin could send grain to Africa

Meanwhile, Ukraine's Ambassador to Ankara Vasyl Bodnar accused Turkey of being among the countries buying grain stolen from Ukraine by Russia. Bodnar told reporters that he had asked the Turkish authorities and Interpol for help in finding out who was involved in grain shipments through Turkish waters.

The sixth EU sanctions package, including a far-reaching oil embargo against Russia, is in force. The legal texts were published in the Official Journal of the European Union in the afternoon. In addition to the oil boycott, which is particularly relevant from an economic point of view, the package includes the exclusion of the largest Russian bank, Sberbank, from the Swift financial communication network and the ban on several Russian news channels in the EU. In addition, dozens of people and organizations end up on the sanctions list for supporting the Russian war against Ukraine. Among them is the former rhythmic gymnast Alina Kabaeva. She is rumored to be Putin's partner.

Former Russian Prime Minister Mikhail Kasyanov left the country. "He is currently abroad, I know neither his whereabouts nor the date of his return," his party colleague Konstantin Merslikin told the state news agency TASS. Merslikin did not provide any information about the reason for the departure. Kasyanov was Prime Minister of Russia during President Vladimir Putin's first term of office from 2000 to 2004. Shortly before the 2004 presidential elections, he was fired after previously criticizing the arrest of oligarch and Yukos boss Mikhail Khodorkovsky.

Mayor of Mariupol complains about citizens being taken hostage

The mayor, Vadym Boichenko, who was expelled from the port city of Mariupol, accused Moscow of taking the people who remained there hostage. There are still about 100,000 residents in Mariupol. "They are being held there by the Russian troops and used practically as human shields," Boichenko said in Kyiv. Residents could not flee to territory controlled by Ukraine. Rather, the Russians want to keep the civilians in the city to make a liberation offensive in Ukraine more difficult.

100 days after the start of the Russian offensive in Ukraine, the Kremlin considers "certain" goals to have been achieved. Kremlin spokesman Dmitry Peskov told journalists that Russia had "liberated numerous places" from "armed, pro-Nazi Ukrainian forces" and "nationalist elements". This enabled the population to return to a "life in peace". Peskow added: "This effort will continue until all goals of the military special operation are fulfilled."

Ukrainian President Volodymyr Zelenskyy declared that Russia would not prevail: "Our team is much larger. The Ukrainian armed forces are here. The most important thing - the people, our citizens - are here. They have been defending Ukraine for 100 days." 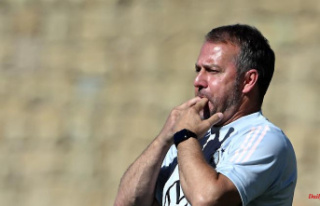