The day of the war at a glance: Selenskyj takes Putin's nuclear threats seriously - renewed attacks with Iranian drones

Ukrainian President Zelenskyy has no doubt that Kremlin chief Putin could be serious about his threat to use "all available means". 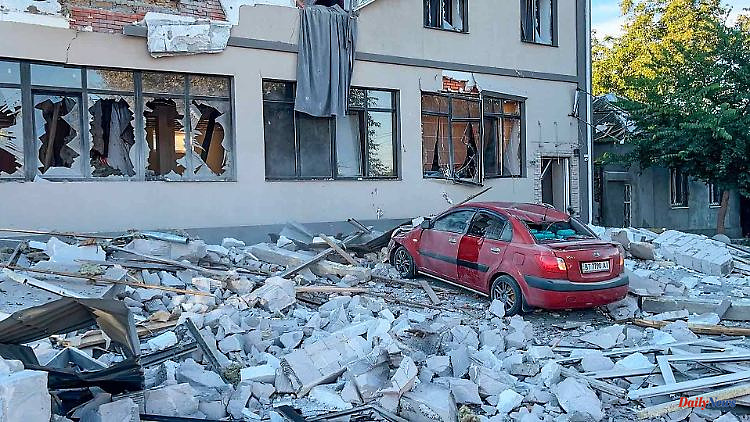 Ukrainian President Zelenskyy has no doubt that Kremlin chief Putin could be serious about his threat to use "all available means". While Iranian attack drones are again being sighted in Ukraine, violent anti-war protests are forming in Russia. The 214th day of the war at a glance.

Zelenskyj: Putin is not bluffing with nuclear threats

Ukrainian President Volodymyr Zelenskyy has made it clear that he takes Russian President Vladimir Putin's nuclear threats seriously. "Maybe yesterday it was a bluff. Now it could be reality," Zelenskyj told US broadcaster CBS News. Referring to the skirmishes around the Russian-held Zaporizhia nuclear power plant in Ukraine, Zelenskyy said: "He (Putin) wants to scare the whole world. These are the first steps of his nuclear blackmail. I don't think he's bluffing."

When announcing the partial mobilization of 300,000 reservists on Wednesday, Putin said: "If the territorial integrity of our country is threatened, we will absolutely use all available means to protect Russia and our people. That is not a bluff." Observers saw it as a threat to use nuclear weapons. US President Joe Biden's national security adviser, Jake Sullivan, told CBS News that the US government had told the Kremlin "directly, privately, at a very high level" that any use of nuclear weapons would have "catastrophic consequences" for Russia. Russia had also been warned that the US and its allies would respond decisively.

Moscow and Kyiv accuse each other of attacks

According to the Ukrainian military, Russian forces have carried out dozens of rocket and air strikes on civilian and military targets within 24 hours. Among other things, 35 settlements were affected. The Russian state news agency RIA, in turn, previously reported, citing unidentified informants, that Ukrainian troops had fired on granaries and fertilizer warehouses. Neither the information provided by one side nor the other could be independently verified.

RIA also reported the bombing of a hotel in the city of Kherson by Ukrainian troops. Two people were killed. The information could not be independently verified. The city in southern Ukraine has been occupied by Russian troops since shortly after the invasion began.

According to the assessment of the German naval inspector Jan Christian Kaack, the Russian navy is being upgraded despite the Western embargo and the Ukraine war. "I assume that the Russian Navy will come out of the Ukraine war essentially stronger," said the Vice Admiral of "Welt". The announcement by Russian President Vladimir Putin that new hypersonic sea missiles called "Zirkon" would soon be put into service on a frigate was not propaganda: "I take it seriously. Very seriously."

At the same time, Kaack warned of Russian attacks under water. "You can't just look at the water. Russia has also built up significant capacities under water," said the Vice Admiral. "On the bottom of the Baltic Sea, but also in the Atlantic, there is some critical infrastructure such as pipelines or undersea cables for IT. They can quickly switch off the lights in countries like Estonia, and there are threats to global communication structures that you have to pay particular attention to. "

The partial mobilization ordered by Kremlin chief Vladimir Putin in the war of aggression against Ukraine has caused further anger and new protests in Russia. According to civil rights activists, police officers fired warning shots at demonstrators in the republic of Dagestan in the Caucasus. In the village of Endirej, residents blocked a road to prevent partial mobilization, according to the independent organization OVD-Info. Videos show police officers pointing guns in the air, then shots are heard. According to Dagestani media, the protest was a reaction to 110 men from the village being forced into the war against Ukraine.

Videos were later shared on social networks, which are said to show protests in Dagestan's capital Makhachkala. One shows a police officer slapping an already arrested man in the face. Another clip shows women running in front of a moving police car to stop it. Muslim Dagestan is one of the regions of Russia from which, according to observers, a particularly large number of men are conscripted. Activists complain that members of ethnic minorities are particularly hard hit by the mobilization and are therefore sometimes even talking about "ethnic cleansing".

In Russian, Zelenskyy appealed to the Russian soldiers to surrender. Putin "knowingly sends citizens to their deaths," he said in a video speech on Sunday night. "You will be treated in a civilized manner, no one will know the circumstances of your task," he said. "It's better to refuse a draft than to die in a criminal war in another country." It is also "better to run away from a criminal mobilization than to become a cripple and then be held accountable in court for participating in a war of aggression."

Two top representatives of the Russian parliament and close Putin allies have shown sympathy for the numerous complaints about the campaign to mobilize hundreds of thousands of soldiers. Valentina Matviyenko, chairwoman of the Federation Council, the upper house of the Russian parliament, referred to reports that men who should not actually be affected by the recently announced partial mobilization were called up. "Such excesses are absolutely unacceptable. And I think it is absolutely right that they trigger a sharp reaction in society," she wrote on Telegram. Vyacheslav Volodin, chairman of the lower house of the Duma, in turn stated that if mistakes were made, they should be corrected. "Authorities at all levels should be aware of their responsibilities."

Meanwhile, the Russian military administration in the occupied Ukrainian territories reported that 50 percent of the population voted for the Luhansk Oblast in the currently ongoing sham referendum. In the cities of Lysychansk, Sievjerodonetsk and Rubizne, the occupiers have already questioned 41 to 46 percent of the population. However, after many people had to flee in the course of the Russian conquest of the areas, there is no information on how many residents are still there. The Russian troops have largely destroyed the cities. 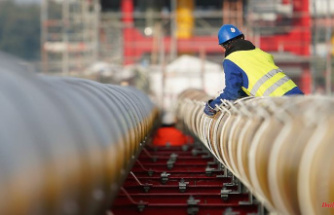 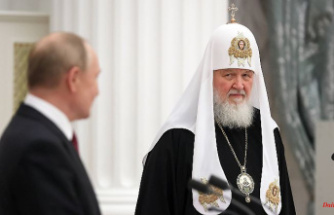 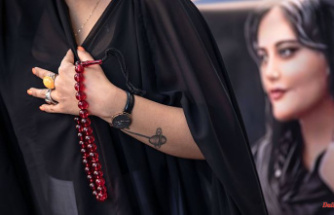 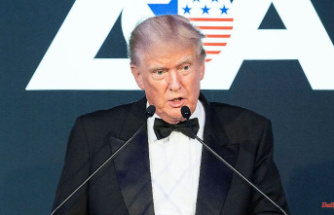 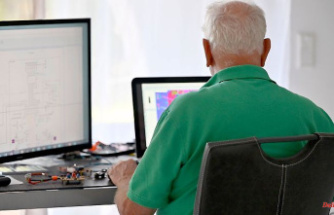 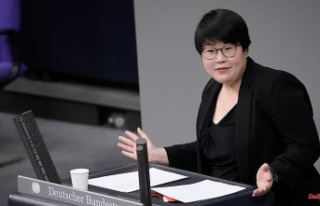 SPD MP Rhie in conversation: "I sat there and...