The day of the war at a glance: Sievjerodonetsk almost under Russian control - Lauterbach travels to Kyiv

Kremlin troops are on the verge of wresting control of the last major city in the Luhansk region from Ukrainian forces - only the industrial area is still missing. 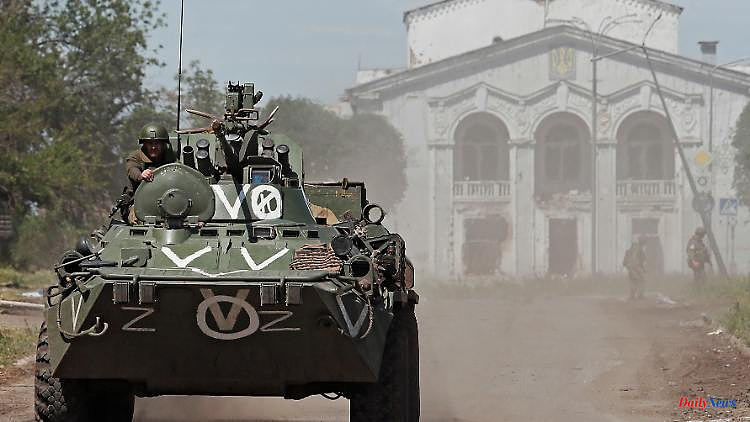 Kremlin troops are on the verge of wresting control of the last major city in the Luhansk region from Ukrainian forces - only the industrial area is still missing. Meanwhile, Federal Minister of Health Lauterbach has announced a trip to Kyiv.

Kremlin troops are on the verge of wresting control of the last major city in the Luhansk region from Ukrainian forces - only the industrial area is still missing. Meanwhile, Federal Minister of Health Lauterbach has announced a trip to Kyiv. In Ankara, Russian Foreign Minister Lavrov is not helping to resolve the grain crisis, blaming the neighboring country for it. Meanwhile, the Zelenskyi government is disappointed with the statements made by ex-Chancellor Merkel about her Russia policy. The 105th day of the war at a glance.

After weeks of heavy fighting, the strategically important city of Sievjerodonetsk in eastern Ukraine is "largely" under Russian control, according to the Ukrainian governor of the Luhansk region. "The industrial zone is still ours, there are no Russians there," Governor Serhiy Gajdaj told Telegram. There is also "enormous destruction" in neighboring Lysychansk, he added.

Sievjerodonetsk was, after Lysychansk, the last major city in the Luhansk region that was still controlled by Ukraine. Gajdaj had said on channel 1 1 that defending Sievjerodonetsk against Russian troops was like a "mission impossible". The Russian army is bombing the city "around the clock". Russia's Defense Minister Sergei Shoigu said on Tuesday that the Russian armed forces had full control of the city's residential areas. However, the Russian army continues to try to conquer the industrial area and the surrounding settlements.

Lauterbach flies to Ukraine on Thursday

Federal Minister of Health Karl Lauterbach is leaving for a trip to Ukraine on Thursday. This was announced by the SPD politician in Düsseldorf. He will meet there with the Ukrainian Minister of Health. Among other things, he is concerned with how injured people can be better cared for. Lauterbach said he wanted to find out how people who had lost legs or arms in the war could be better equipped with prostheses. It is also about injured children. Lauterbach called the Russian war against Ukraine a "barbaric, devastating and unjust war of aggression". He emphasized: "This is without civilization and must be condemned in every form."

In the dispute over the blockade of Ukrainian grain in Black Sea ports, Russia denies any responsibility. During a visit to Turkey, Foreign Minister Sergei Lavrov blamed Ukraine itself for this. Ukraine has so far refused to mine its ports or otherwise allow cargo ships to pass through, Lavrov said after a meeting with Turkish Foreign Minister Mevlut Cavusoglu in Ankara. The meeting did not bring any concrete results, such as the establishment of a security corridor. In fact, the Russian Navy has been blockading the Ukrainian Black Sea ports for more than three months since the war of aggression against the neighboring country began. Ukraine, the world's fourth largest grain exporter, is therefore stuck on its own stocks.

The administration installed by Russia in the occupied part of the Ukrainian region of Zaporizhia wants to hold a referendum on union with Russia this year, according to the TASS news agency, citing a member of the committee. "People will decide the future of the Zaporizhia region, the referendum is planned for this year," administration official Vladimir Rogov was quoted as saying.

Ukraine announced renewed exchange of dead with Russia. The Ukrainian Ministry of Reintegration announced that 50 "heroes" had been returned by Russia. Among the 50 dead, 37 are said to have participated as "heroes" in the battle for the Azovstahl steelworks in Ukraine. According to this information, the exchange of the dead took place in the region of Zaporizhia in southern Ukraine. The rule "50 against 50" applied. An exchange of soldiers had already been announced last week. On this occasion, 160 soldiers from both sides were handed over.

The traditional TV public question session "The Direct Line" by Russian President Vladimir Putin will not take place in June this year, as has often been the case before. Preparations for the event were underway, but there is no specific date yet, said Kremlin spokesman Dmitry Peskov, according to the Interfax agency. However, he ruled out hosting in June. In recent years, Question Time has always been held in June - with one exception in the Covid year 2020. "The Direct Line" is an hour-long live broadcast in which Russian citizens can describe their personal concerns to the head of the Kremlin. The TV marathon gives Putin the opportunity to present himself to the population as a caring father of the country.

Melnyk on Merkel's appearance: "There are still many unanswered questions"

The Ukrainian ambassador in Berlin, Andriy Melnyk, praised former Chancellor Angela Merkel for taking a stand on her Russia policy in an interview. Melnyk told RTL/ntv that "Russia policy" needs to be "reviewed". "That's why it was good that the chancellor agreed to take a stand." But Melnyk adds that "a lot more" concrete answers were expected from Ukraine: "Because if everything went so well and no mistakes were made at all, then the question is why we have been waging this war of aggression for 105 days have to do." The Ukrainian government was also not very convinced of Merkel's explanations. It is also incomprehensible why Merkel supported the construction of the German-Russian gas pipeline Nord Stream 2, wrote the Ukrainian presidential adviser Mykhailo Podoliak on Twitter. Podoljak justified his lack of understanding with Merkel's claim that she "always knew that Russia was preparing for war" and that President Vladimir Putin wanted to destroy the EU. 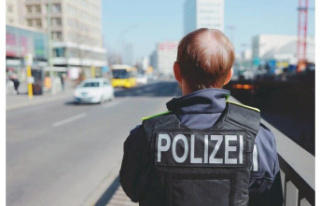 Germany. Berlin. A car crashes into the crowd: many...