The day of the war at a glance: solution to the grain crisis is approaching - Kyiv denies allegations of illegal arms trafficking

After the delivery of new Western weapons systems, Ukraine reports successes in the war against Russia. 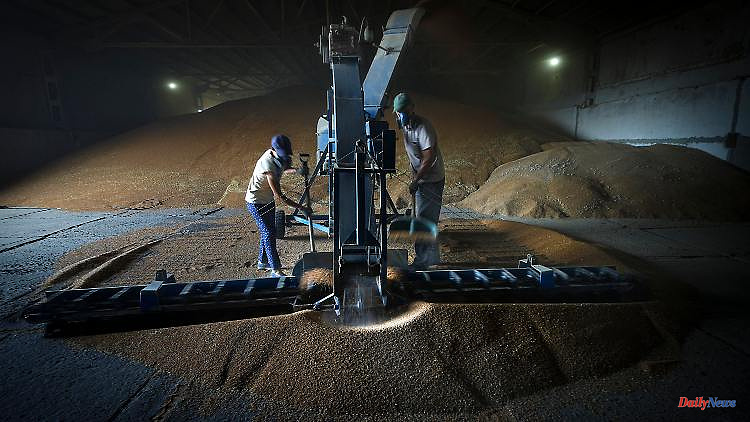 After the delivery of new Western weapons systems, Ukraine reports successes in the war against Russia. President Volodymyr Zelensky said the occupiers were getting a feel for "what modern artillery is" and couldn't find a safe hinterland anywhere in Ukraine. Pro-Russian separatists in eastern Ukraine confirmed mass shelling. At the same time, Russia and Ukraine were negotiating the release of grain supplies. In addition, Ukraine firmly rejects Russian allegations of illegal arms trafficking. In Germany, the main concern remains how much gas will come from Russia in the future. The 139th day of the war at a glance.

Shelling in Donetsk and Luhansk

The Ukrainian side also reported on the use of the HIMARS rocket launcher. The head of the Ukrainian military administration for the Luhansk region, Serhiy Hajday, said the enemy's military depots would be destroyed. But the Russian attacks also continued - with air force and artillery. The big cities of the Donetsk region are particularly threatened.

The Russian military shot down four Ukrainian fighter jets, according to the Defense Ministry in Moscow. A Su-25 and a Su-24 of the Ukrainian Air Force were hit in the Donetsk region of Donbass, another Su-25 and a Mig-29 in the Mykolaiv region in the south, the ministry said in its daily report. Ukraine disagreed with this account. This information could not be verified independently.

According to Ukrainian sources, at least five civilians were killed in Russian artillery fire in the southern Ukrainian region of Mykolayiv. 28 impacts were registered in various settlements. The Russian side confirmed the shelling of Mykolaiv and spoke of attacks on two Ukrainian army command posts. More than 350 Ukrainian soldiers were killed, the Defense Ministry said in Moscow. The information provided by the warring parties can hardly be independently verified.

Solution to the grain crisis is near

According to Turkey, Russia, Ukraine, Turkey and the United Nations (UN) have reached a preliminary agreement on grain exports from Ukraine. The countries' negotiators plan to meet again next week to sign the agreement, Turkey's Defense Minister Hulusi Akar said in Istanbul. The parties had agreed on the establishment of a coordination center. In this way, the security of the sea routes could be guaranteed and the deliveries of the ships could be controlled.

UN Secretary-General António Guterres rated the talks a success - a first breakthrough had been achieved. Guterres told journalists in New York that a "decisive step" towards a solution had been taken during the talks between representatives of the United Nations, Ukraine, Russia and Turkey in Istanbul. "Today we finally have a bit of hope."

In the internationally unrecognized "Donetsk People's Republic", pro-Russian separatists have sentenced three foreigners to death as mercenaries - two Britons and one Moroccan. But the men had appealed, said separatist leader Denis Puschilin on Russian state television. If the appeal were rejected, the men would be shot in camera. They were captured by pro-Russian fighters in the port city of Mariupol in mid-April. More than a hundred Ukrainian fighters are due to be tried soon.

Preparations for a gas emergency

The stop of gas deliveries through the Nord Stream 1 Baltic Sea pipeline due to maintenance is fueling fears in Germany. The federal government is unsure whether Moscow will open the gas tap again after the work next week as planned. The federal cabinet passed a regulation that would soon allow more coal-fired power plants to be used to generate electricity. "We now want to save gas in the summer in order to fill our storage facilities for the winter," explained Economics Minister Robert Habeck.

For the time being, Russian gas is coming to Europe via the Ukraine. However, at 41.3 million cubic meters, the volume agreed for today was less than half of the possible volume. Because little gas arrives in Germany, only a little can currently be stored. That "moves at a very low level," said a spokesman for the Federal Network Agency.

During a visit by US forces to Grafenwoehr in Bavaria, Federal President Frank-Walter Steinmeier once again swears by the unity of the transatlantic alliance and also stressed: "We are united in our support for Ukraine." Most recently, several western states have supplied Ukraine with modern rocket systems and artillery that can fire at Russian targets from a greater distance. Among them is the US multiple rocket launcher HIMARS. In the past few weeks, Russian military bases, ammunition and weapons depots are said to have been destroyed far behind the front.

The government in Kyiv accused Russia of spreading rumors about illegal arms trade in Ukraine. The weapons supplied by Western countries would be "carefully recorded and sent to the front," said Ukrainian presidential adviser Mykhailo Podoliak on Twitter. The weapons supplied by the US and European states are a "question for survival" and their monitoring is a "priority for the government". This also applies to weapons with a longer range. "All other rumors are banal Russian propaganda intended to disrupt deliveries," he added.

There are also efforts to ease the conflict over transit traffic between Russia and the Baltic Sea exclave of Kaliningrad. The EU Commission created new guidelines. According to this, Russia is allowed to bring civilian goods that are on the sanctions list through the EU country Lithuania by rail without major restrictions. However, road transport by Russian freight forwarders through EU territory remains prohibited. In addition, no goods that can also be used for military purposes may be transported by rail. The government in Moscow had accused Lithuania of impermissibly restricting the movement of goods between Russia and Kaliningrad.

1 Hunt out, Sunak ahead: Six Tories left in race to... 2 Around 8,000 murdered: Tons of ashes from Nazi victims... 3 All face-to-face appointments cancelled: Economics... 4 Rule of law "TÜV" of the Commission: EU... 5 "Necessary is good health": Russian city... 6 The government's gigabit strategy: reducing bureaucracy... 7 "Path to compliance": Wissing relies on... 8 No physical contact if possible ?: Israelis welcome... 9 Bargaining for votes: "Dirty tricks" in... 10 Dispute over the Kaliningrad exclave: Lithuania should... 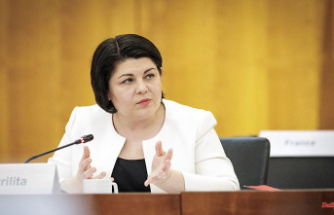 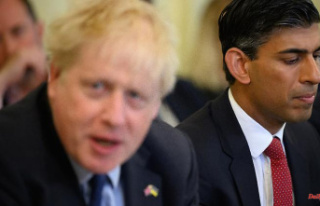 Hunt out, Sunak ahead: Six Tories left in race to...