The day of the war at a glance: Stoltenberg sees war in a "critical phase" - NATO chief indicates criticism of Germany

Ukraine has been defending itself against the Russian attack for 198 days now. 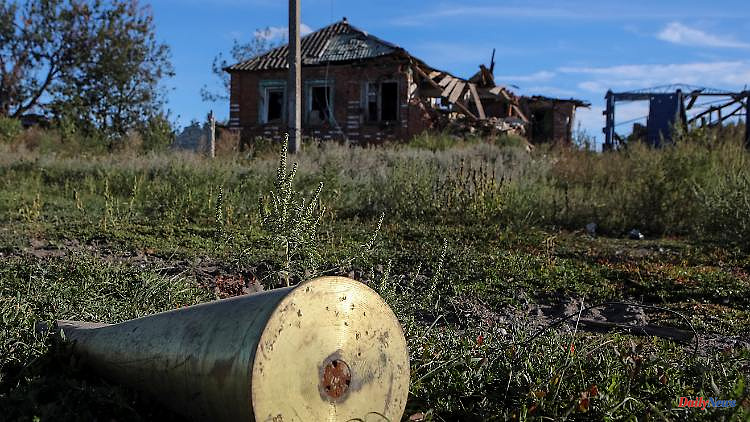 Ukraine has been defending itself against the Russian attack for 198 days now. It is becoming increasingly clear that the counter-offensive is making tangible progress. Meanwhile, the EU is making billions more available. Once again, the IAEA draws attention to the dramatic situation at the Zaporizhia nuclear power plant.

Ukraine has been defending itself against the Russian attack for 198 days now. It is becoming increasingly clear that the counter-offensive is making tangible progress. Meanwhile, the EU is making billions more available. Once again, the IAEA draws attention to the dramatic situation at the Zaporizhia nuclear power plant.

With the Ukrainian counter-offensive, Russia's war of aggression is entering a "critical phase," according to NATO Secretary General Jens Stoltenberg. Thanks to support from NATO countries, Ukrainian forces were recently able to stop Moscow's offensive in the Donbass and recapture territory, the Norwegian said with US Secretary of State Antony Blinken. The solidarity of the West should not let up despite the energy crisis and rising living costs. According to US Secretary of Defense Lloyd Austin, Ukraine is making progress with its ongoing counter-offensive. "We're seeing successes in Kherson now, we're seeing some successes in Kharkiv - and that's very, very encouraging," the ex-general said.

Blinken: Ukraine must be in the best possible position for negotiations

The US wants to put Ukraine in a strong diplomatic negotiating position in its counter-offensive against Russia. "We don't see any sign from Russia at this moment that it is ready to engage in such diplomacy seriously. But when that time comes, Ukraine must be in the best possible position," he said. Blinken praised the Ukrainian offensive and land gains in the south and east of the country as "real progress". It is still too early to say how the situation will develop. However, the morale of the Ukrainian soldiers is significantly higher than that of the Russian armed forces.

In view of an ongoing Ukrainian counter-offensive, the Russian occupiers say they are evacuating other places in the eastern Ukrainian region of Kharkiv. First, the towns of Izyum and Kupyansk are to be cleared, as the head of the military administration deployed by Russia, Vitaly Gantchev, said according to the state news agency TASS. After more than half a year of war, the Ukrainian troops recently pushed deep into the rear of the Russian occupying forces in their counter-offensive in the east of the country. On Thursday evening, President Volodymyr Zelenskyy confirmed the recapture of the district town of Balakliya in the Kharkiv region. Advances continue to target the city of Kupyansk, which is crossed by several railway and road lines. The small town is therefore considered strategically important for the supply of Russian troops marching towards the Donbass in the north. There are also Ukrainian counterattacks in the Kherson region in the south.

NATO Secretary General Stoltenberg raised doubts about German arguments against the delivery of large quantities of Bundeswehr weapons to Ukraine. When asked whether allies should meet the Alliance's capability goals rather than supplying Ukraine with more equipment, he made it clear that he believes a defeat by Ukraine is more dangerous than NATO countries' stockpiles of under-stocked weapons. "The price we pay is measured in money. The price Ukrainians pay is measured in lives," said Stoltenberg. If Ukraine stops fighting, "it will no longer exist as an independent nation," he warned. That's why you have to stick to the current course - "for the sake of Ukraine and for our own sake".

According to international observers on site, the situation in the contested Ukrainian nuclear power plant Zaporizhia is becoming increasingly unstable. "The situation is intolerable and becoming more and more precarious," said Rafael Grossi, head of the International Atomic Energy Agency (IAEA). The plant no longer has an external power supply for cooling reactor cores and nuclear waste. The reason is the shelling and destruction of the substation in the nearby town of Enerhodar. The Ukrainian power plant operator is now considering shutting down the last of the six reactor blocks that are still in operation in the large nuclear power plant, Grossi said.

The EU states are supporting Ukraine with a further five billion euros. The finance ministers agreed on this. The additional five billion euros are part of a so-called macro-financial assistance for Ukraine in the amount of nine billion euros, which Brussels announced in May. Only one billion euros of this has been paid out to date. The new funds are to be used "for the day-to-day operations of the state and to ensure the operation of essential infrastructure such as offices, schools and hospitals," said Czech Finance Minister Zbynek Stanjura. According to a joint statement by the World Bank, the EU Commission and Ukraine, the reconstruction costs known to date amount to 349 billion euros.

Putin and Erdogan want to talk about grain agreements

After his criticism of the agreement on the export of Ukrainian grain, Russian President Vladimir Putin wants to exchange views with Turkish President Recep Tayyip Erdogan at the end of next week. The export agreement was brokered by Turkey in July after millions of tons of grain were blocked in Ukrainian ports because of the war. Only a few days ago, Putin indirectly threatened to let it burst again. "A talk between Putin and Erdogan is possible and necessary and is already being prepared," said Kremlin spokesman Dmitry Peskov, according to the Interfax agency, with a view to a summit in Uzbekistan in Central Asia next week.

As of Monday, Russian citizens will no longer benefit from easier visa issuance for trips to Germany and other countries in the Schengen area. On Friday, the Council of EU States accepted the European Commission's proposal to completely suspend the agreement concluded between the EU and Russia to facilitate the issuing of visas. The move is intended to ensure that the number of new visas for Russians decreases significantly. People in need of protection should still be able to get a visa. 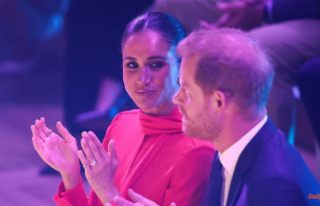