The day of the war at a glance: Ukraine builds a bridgehead on the east bank of the Oskil - Kyiv is currently excluding negotiations

The Ukrainian army continues to make advances in the east of the country. 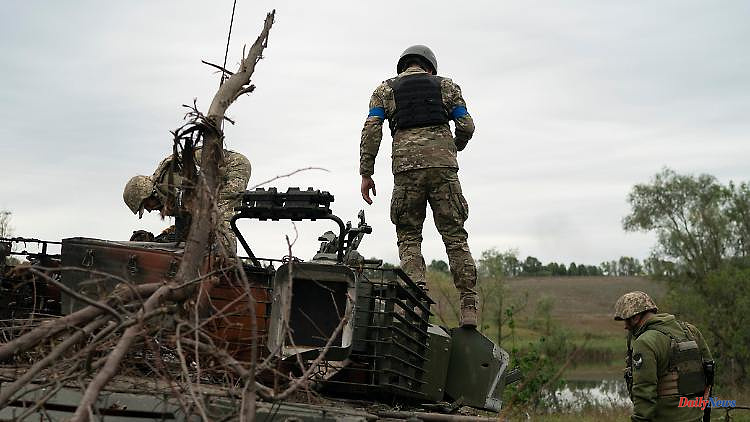 The Ukrainian army continues to make advances in the east of the country. According to its own statements, it is building a bridgehead on the eastern bank of the Oskil - an important step in liberating areas of the Luhansk region. But the shelling by Russia continues. And Kyiv doesn't want to sit down at the negotiating table with Russia at the moment - for three reasons. The 207th day of the war at a glance:

The video shows a tank crossing the river and being greeted on the other bank by Ukrainian soldiers. In their counter-offensive at the beginning of September, the Ukrainian forces in the Kharkov region advanced as far as the Oskil. Establishing a beachhead on the east side of the river would be a strategically important achievement for Ukrainian troops. This would allow them to continue their attack towards the Luhansk region. The military did not provide any information about the exact location of the river crossing.

According to a report in the Wall Street Journal, the Russian army is using Iranian Shahed-136 kamikaze drones in the battle for Kharkiv. According to Ukrainian commanders, the operation caused serious damage to the Ukrainian army. Two 152 mm self-propelled howitzers, two 122 mm self-propelled howitzers and two armored personnel carriers were destroyed. "In other areas, the Russians have overwhelming artillery firepower to deal with. Here they no longer have that artillery advantage, so they started resorting to these drones," said Colonel Kulagin, commander of the 92nd Mechanized Artillery Brigade of Ukraine.

Mystery of shots in Kherson

After the release of video of fighting in the Russian-held southern Ukrainian city of Kherson, occupying forces and Ukraine blame each other for the attacks. An occupying official in Kherson said the city was "quiet" again. Kyiv "tried to attack but to no avail," he added. However, a spokeswoman for the Ukrainian army said the shots and explosions in Cherson were "provocations by the (Russian) occupying forces". The administration deployed by Russia in Kherson said via Telegram: "In the center of Kherson there was a clash between (...) Russian forces (...) and an unidentified group of people."

Exhumation of bodies in Izyum continues

The Ukrainian authorities are asking for patience while processing the bodies found in Izyum, as reported by ntv correspondent Kavita Sharma on site. In many cases, one has to wait for the forensic examination to determine the cause of death. A few days ago, some residents of Balaklija told the reporter about the torture practices of the Russian occupiers. A man was electrocuted during interrogation. "So that the other inmates can hear his screams," even the noisy ventilation system was turned off, reports the reporter from the stories of a man. Meanwhile, residents of Izyum search for dead relatives in a nearby wooded burial ground.

The USA and Germany, among others, called for those responsible for the atrocities in Izyum to be held accountable. "These terrible crimes absolutely have to be solved - preferably by the United Nations," said Federal Defense Minister Christine Lambrecht to the newspapers of the Funke media group. The UN should be given quick access to secure evidence. "Those responsible for war crimes must be brought to justice."

After Russia's defeat in the Kharkiv region, the southern Russian region of Belgorod is preparing for possible attacks, according to a report. The governor of the region, Vyacheslav Gladkov, ordered local authorities to have their bomb shelters checked. In addition, the schools near the border were temporarily decided, as Andrew Roth, correspondent of the "Guardian", reports from Belgorod.

The air defense could be heard several times a day, there were many soldiers on site and volunteers erected barricades in the forest south of the city. But there are no signs that Ukraine will cross borders. And even if most people in Belgorod consider it "unlikely" that the conflict will spread, many fear it, as Roth continues. "The people here now understand that the war is not going well."

Kyiv is ruling out negotiations and a meeting between Russian President Vladimir Putin and Ukrainian President Volodymyr Zelenskyy at this point in time. "In short, the negotiation process itself and a face-to-face meeting between the presidents doesn't make sense right now," external adviser to the head of the Ukrainian presidential office, Mykhailo Podoliak, told Ukrainian media. Podoliak gave three reasons for this: First, Russia will try to record and legitimize land gains. Second, maintaining the status quo is only serving Russia as a breathing space so that it can then continue the attacks on the new line. And third, Russia must be held accountable for crimes committed on Ukrainian territory. For its part, Russia has not backed down from its demands. These include the cession of the Donetsk and Luhansk regions, the recognition of Crimea as Russian, non-aligned status for Ukraine and the "demilitarization" and "denazification" of the country.

The chairwoman of the defense committee, Marie-Agnes Strack-Zimmermann, continues to warn the government to deliver armored personnel carriers and battle tanks to Ukraine. "Anyone who keeps saying that German tanks have no business in Ukraine ignores the fact that it is completely irrelevant who designed the tank and in which country it was built. All that matters is who drives the tank. And these are exclusively Ukrainian soldiers," writes the FDP politician in a guest article for the Düsseldorf "Rheinische Post". In order to win the war, according to Strack-Zimmermann, "the attacks on Russian positions must become stronger".

The chairman of the European People's Party, Manfred Weber, made a similar statement. After the discovery of more mass graves in Ukraine, he called for tougher action against Russia. "Russia is moving away more and more from the value-based world community," said the deputy CSU chairman to the newspapers of the Funke media group. "We must now resolutely implement the sanctions. In addition, battle tanks should finally be delivered, preferably in a European network," said Weber. The EPP leader also makes it clear that he sees the prosecution of the atrocities in Ukraine as a European task.

1 River Oskil crossed: Ukrainian troops advance at Kupjansk 2 Russia wants to spread panic: Ukraine could face a... 3 Propaganda or real battles?: Mystery of gunfire in... 4 The federal government should pay energy costs: Greens... 5 Kyrgyzstan versus Tajikistan: Putin wants to mediate... 6 Is the Kingdom Crumbling?: What the Queen's Death... 7 Because of corruption: EU Commission wants to cut... 8 Municipal suppliers in need: Söder and Weil are calling... 9 The SPD, the crisis and the election: "We're... 10 "Fear is spreading": More and more residential... 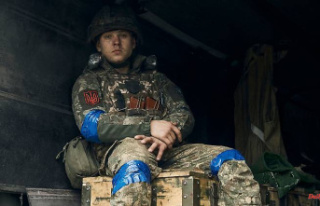