The day of the war at a glance: Ukraine expects major attack in Donbass - complete oil embargo off the table

In the Donbass, Ukraine expects a major attack on the center of its defense forces. 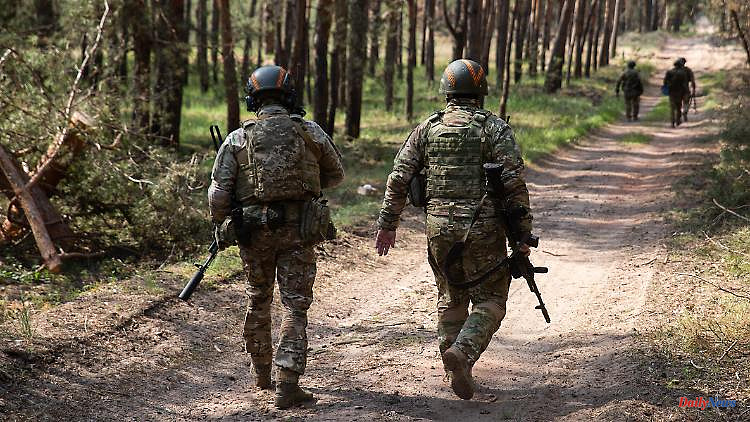 In the Donbass, Ukraine expects a major attack on the center of its defense forces. The Ukrainian authorities also report their own offensive in the south of the country. Meanwhile, the EU countries are trying to reach an agreement on the oil embargo against Russia. The 96th day of the war at a glance.

Russian troops moved new units to Sloviansk to attack the area from both Izyum and the recently captured small town of Lyman, the Ukrainian General Staff situation report said. The Sloviansk-Kramatorsk region is the largest metropolitan area in the Donbass that is still under Kyiv's control. The high command of the armed forces in the east of the country is also stationed here. In addition, the Sieverodonetsk-Lysychansk area remains the focus of Russian attack efforts in the Donbass. In Sievjerodonetsk, Russian units have already established themselves in the north-east and south-east of the city. Here, too, further units from Russia are to be relocated to provide support.

French war reporter Frédéric Leclerc-Imhoff was killed near Sieverodonetsk while covering a humanitarian evacuation. French President Emmanuel Macron and Foreign Minister Catherine Colonna expressed their condolences to the family and colleagues of the journalist who worked for BFMTV. France is demanding a speedy and transparent investigation into the circumstances of this deeply shocking drama, the Foreign Minister said. "The journalist Frédéric Leclerc-Imhoff was in Ukraine to show the reality of the war," Macron wrote on Twitter. "He was fatally wounded aboard a humanitarian bus with civilians forced to flee Russian bombs."

Fight in the south of the country

According to its own statements, the Ukrainian military continued its offensive on the border between the Mykolaiv and Kherson regions in southern Ukraine. "The situation in the south is dynamic and tense," said the high command of the Ukrainian military district South on Monday night. Russia is assembling reserves and trying to fortify the front lines in the Kherson region. According to the Russian military, they shelled a shipyard in Mykolayiv. In the past 24 hours, air, rocket and artillery attacks have also destroyed dozens of command posts and command posts in the Donbass region in eastern Ukraine, as well as telecommunications centers and numerous troop concentrations. This information could not be independently verified.

According to British intelligence, Russia has so far suffered "devastating casualties" in its officer corps. Brigade and battalion commanders are active on the front line, the Ministry of Defense said in London, citing intelligence findings. On the one hand, this is because they are held personally responsible for the success of their units. In addition, the Russian army lacked qualified non-commissioned officers who fulfilled this role in Western armed forces.

Meanwhile, Ukraine can rely on further support from France. France's new foreign minister, Catherine Colonna, assured the country of further aid and arms deliveries during a visit to Kyiv. Colonna met her counterpart Dmytro Kuleba in the Ukrainian capital. He thanked France for the previous help and, in view of the ongoing Russian aggression, demanded the delivery of heavier artillery pieces than before. The howitzers already delivered by France are "precise and efficient". Colonna assured Ukraine that military support would continue and that there would be "a concrete answer" to Kuleba's request.

In Brussels, the EU heads of state and government tried to agree on further sanctions against Russia - because of the blockade of Hungary, however, a complete European oil embargo was off the table for the time being. At the summit meeting in the evening, it became apparent that the 27 EU states would only agree - if at all - on a limited ban on Russian oil imports. According to this, only oil deliveries by sea would be prevented for the time being, while the delivery of oil from Russia by pipeline would still be possible. Hungary could thus continue to supply itself with oil from Russia via the huge Druzhba pipeline.

Ukrainian President Volodymyr Zelenskyy called on EU leaders to quickly impose more sanctions on Russia. "Why can Russia still earn almost a billion euros a day from the sale of energy?" asked Zelenskyj, who was connected to the Brussels summit via video, according to the speech transcript. However, he thanked the representatives of the EU countries for talking about compromises. Zelenskyy also called on the EU to grant his country candidate status for EU membership in June. "Europe must show strength. Because Russia only takes power as an argument seriously," said Zelenskyj.

He accuses Russia of a war of annihilation. Another accusation is that Russia - which has been blocking Ukrainian agricultural exports by sea for weeks - is bringing grain into the country from the occupied Black Sea region of Cherson. The deputy head of the pro-Russian military administration in Kherson, Kirill Stremusov, told the state news agency TASS that exports of last year's harvest to Russia had started. According to Stremoussow, the aim is to make space in the stores for the new harvest. He did not provide any information on the conditions under which the farmers handed over their harvest to Russia. Russian troops illegally exported nearly 500,000 tons of grain from Kharkiv, Kherson, Zaporizhia, Luhansk and Donetsk, Ukraine's Deputy Agriculture Minister Taras Vysotskyi said.

The Russian state-owned company Gazprom no longer wants to supply gas to the Netherlands from Tuesday because the gas importer does not want to pay its bills in rubles. Gasterra, the Dutch gas company in Groningen, announced that Gazprom will not deliver the ordered two billion cubic meters of gas from May 31 to September 30. However, major consequences for companies and households are not expected. In response to the sanctions over the invasion of Ukraine, Moscow decided that European countries must pay for energy in Russian currency. Otherwise the delivery stop was threatened. The Netherlands is not the first country to carry out this threat. Energy supplies had previously been stopped for Poland, Bulgaria and Finland.

In Germany, the federal government has meanwhile agreed on regulations for the uncomplicated admission of Russians who are considered to be particularly vulnerable in their home country. "Russia's increasingly brutal aggression against Ukraine is being accompanied by ever-increasing internal repression, especially against the press, against human rights activists and members of the opposition," said Federal Interior Minister Nancy Faeser. There is now a procedure for quick and unbureaucratic admission that will make entry easier and accelerate procedures. 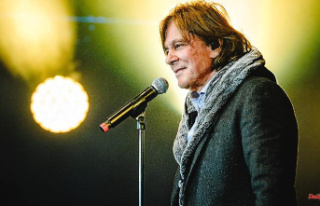