The day of the war at a glance: Ukraine reports high Russian losses - inspectors want to stay permanently in the Zaporizhia nuclear power plant

After a long odyssey, the IAEA experts reach the Zaporizhia nuclear power plant and begin their work. 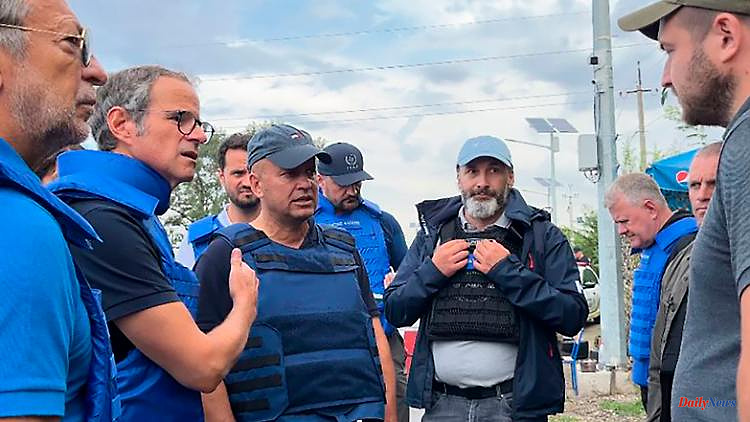 After a long odyssey, the IAEA experts reach the Zaporizhia nuclear power plant and begin their work. Ukraine reports significant Russian losses due to their counter-offensive. Russia criticizes the EU visa decision and threatens Moldova with war. Germany leases another LNG terminal. The 190th day of the war at a glance:

The day was particularly marked by the mission of experts from the International Atomic Energy Agency (IAEA) to the Zaporizhia nuclear power plant. The start was very turbulent after Ukraine accused Russian troops of shelling the nearby town of Enerhodar. Shortly before the inspectors arrived at the nuclear power plant, fighting is said to have broken out again near the city. The Russian Defense Ministry even claimed that an attempted attack by Ukrainian troops on the nuclear power plant had been repelled. Around 60 men got out of boats on the banks of the Kachowka reservoir about three kilometers away from the plant and tried to take the power plant. Later, the Russian side even reported the arrest of three Ukrainian soldiers who had attacked the nuclear power plant. Videos of Russian helicopters flying very low over the city of Enerhodar were shared on social media.

Ultimately, however, the IAEA experts were able to enter the site of the nuclear power plant and start their review. According to a Reuters reporter, some of the inspectors from the UN nuclear agency IAEA left the Ukrainian power plant at Zaporizhia after a visit lasting several hours. The Russian agency Interfax reported that four of the nine vehicles in the IAEA delegation had left the plant premises. "We looked at a lot today and started with the first assessment," said the head of the International Atomic Energy Agency, Rafael Grossi. According to the Ukrainian account, some of the inspectors will initially remain on the site. The Ukrainian energy company Energoatom wrote on Telegram that five of the employees of the UN agency would probably be on site by Saturday. In the evening, IAEA boss Rafael Grossi said in a video statement published on Twitter that the authority even wants to establish a permanent mission in the Zaporizhia nuclear power plant. Russia had previously shown itself open to a permanent mission.

Ukrainian forces have continued their offensive against the Russian occupation in southern Ukraine, using long-range missiles to attack Russian logistics sites, according to British intelligence. Official footage from the Ukrainian government also shows the use of HARM missiles, which can be used to locate and destroy radar systems, according to London officials. The "South" task force of the Ukrainian armed forces also reported losses by the Russian armed forces. According to a Facebook post, 201 Russian soldiers were killed and 12 T-72 tanks, 18 armored vehicles, more than a dozen artillery units, one anti-aircraft vehicle and six ammunition depots were destroyed. The information cannot be independently verified.

In another attempt to justify the attack on Ukraine, Russian President Vladimir Putin tried his hand today. Speaking to schoolchildren in the Russian exclave of Kaliningrad, he explained that an "anti-Russian enclave" was emerging in Ukraine that threatened Russia. "That's why our people fighting there are protecting both the residents of Donbass and Russia itself," Putin said, summing up Russia's war goal in Ukraine.

But it is not only there that the Kremlin senses enemies threatening its own country or its own troops. There is also said to be danger in neighboring Moldova. At least that is what the Russian Foreign Minister Sergei Lavrov said. He threatened the small country with a military conflict if Russian troops in the separatist region of Transnistria were in danger. "Any threat to the security of Russian troops (in Transnistria) would be counted as an attack on Russia under international law." Russian troops have been stationed in Transnistria since the early 1990s after the region broke away from Moldova in a violent conflict. The Transnistrian Moldovan Republic is recognized by Russia but not by the international community.

Russia also sent verbal poison arrows in the direction of the EU states: the Russian Foreign Ministry sharply criticized the suspension of the visa agreement announced by the EU and announced possible countermeasures. "We do not intend to conform to the European Union's senseless policy of 'breaking bridges' between people, but at the same time we reserve the right to take countermeasures to protect the interests of our citizens and our national interests," said Foreign Ministry spokeswoman Maria Zakharova. On Wednesday, EU foreign policy chief Josep Borrell announced that the European Union would completely suspend the 2006 agreement with Russia to facilitate the issuing of visas. It is considered a minimal compromise in the EU dispute that has been going on for weeks about how visa applications from Russian nationals should be handled.

However, the EU solution does not go far enough for some countries. In particular, residents of Russia demanded significantly stricter entry regulations. After the EU could not agree on this, five states now want to adopt their own regulations. "The first meetings of the five states will take place next week. We hope for a joint agreement," said Lithuania's Foreign Minister Gabrielius Landsbergis, according to the BNS agency. Possible measures by the Baltic States, Poland and Finland include additional questions for cross-border workers or warnings that only holders of certain types of visas should be allowed through the border.

Despite the war in Ukraine, Russia is embarking on a major military exercise dubbed "Vostok 2022." "More than fifty combat ships, boats, submarines and support ships are already deployed in tactical groups in combat training areas in the Sea of ​​Japan and the Sea of ​​Okhotsk at this stage," the Russian Defense Ministry said, according to the state agency TASS. The maneuver will take place from September 1st to 7th. More than 50,000 soldiers are expected to take part in the exercise. There are also associations from China, India and ex-Soviet republics such as Belarus.

Germany continues to try to secure its energy supply for the coming years. There will also be a fifth state-rented terminal for landing liquefied natural gas (LNG). This was announced by the Federal Ministry of Economics. It is scheduled to start in the winter after next, i.e. 2023/2024. At the same time, the possibility of landing green hydrogen should be created. Federal Minister of Economics Robert Habeck wants to give details later.

On the other hand, there is bad news from a Russian energy supplier: Ravil Maganov, chairman of the second largest Russian oil producer Lukoil, is said to have died on Thursday after falling out of a hospital window in Moscow. A trusted source told Reuters news agency. Accordingly, some Russian media also reported on the death of the 67-year-old, citing unnamed sources. In March, Maganov publicly criticized the Russian invasion of Ukraine. In the past, numerous high-ranking managers of Russian energy suppliers had lost their lives, some of them under dubious circumstances.

The behavior of a former Bundeswehr officer was also dubious. He is said to have spyed for Russia and is currently on trial in Düsseldorf. Although he passed on information, it was "not nearly as valuable as stated," said the 65-year-old's defense attorney in the high-security wing of the Düsseldorf Higher Regional Court for his client. It was not about "secret service agent activity". According to the indictment, the former reserve officer in the Bundeswehr has been providing the Russian secret service GRU with information since 2014. He faces up to ten years in prison.

1 Contempt for the will of the electorate?: Baerbock's... 2 Victory of the opponent from Belarus: Ukrainian refrains... 3 Legend jersey under the roof: Nowitzki is emotionally... 4 "Absolutely deserved victory": Niemeier... 5 Vaccination rate slows down significantly: RKI: "The... 6 Claus Weselsky on the web: "A system that operates... 7 Bavaria: collision on connecting road: 83-year-old... 8 Job data doesn't help Fed: US stock markets recover... 9 Furious start of the European Championship at home:... 10 Hesse: Motorcyclists seriously injured when changing... 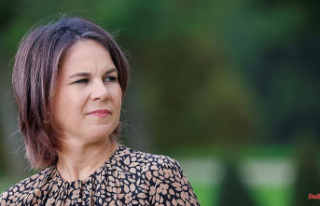 Contempt for the will of the electorate?: Baerbock's...