The day of the war at a glance: Ukraine reports recapture of 46 settlements in Cherson - West delivers more rocket launchers

Unusual consensus: all sides welcome the fact that the first ship loaded with grain has left the port of Odessa. 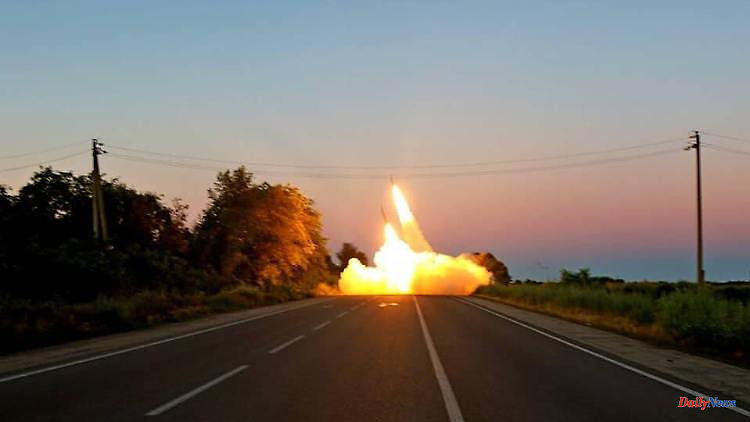 Unusual consensus: all sides welcome the fact that the first ship loaded with grain has left the port of Odessa. The USA and Germany deliver more rocket launchers. Meanwhile, there is fierce fighting in Donbass, and Ukraine is reporting progress in the Kherson region. The 159th day of the war at a glance.

The start of grain shipments from Ukraine has raised hopes of relief from the looming food crisis. "Today, together with partners, Ukraine is taking another step towards preventing world hunger," Ukraine's Minister of Infrastructure Oleksandr Kubrakov said on Facebook. There was encouragement for this from the EU and from NATO.

Russia also welcomed the departure of the first cargo ship carrying Ukrainian grain from the Black Sea port of Odessa. "That's pretty positive," Kremlin spokesman Dmitry Peskov said, according to the Russian news agency Interfax. "It's a good opportunity to test the effectiveness of the working mechanisms agreed at the Istanbul negotiations."

The agreement on grain exports, mediated by the United Nations and Turkey, was signed in Istanbul on July 22. In the morning, the cargo ship "Razoni" left for Lebanon with 26,000 tons of corn on board. Its cargo is to be checked tomorrow, Tuesday, during a stopover in Istanbul.

By reopening three ports, Ukraine's economy could earn at least one billion US dollars (around 980 million euros) and enable planning in the agricultural sector, Infrastructure Minister Kubrakov said. 16 other ships are already waiting in the Black Sea ports for their departure, said Kubrakov. These freighters have been blocked since the Russian invasion five months ago. Russia has always emphasized that it expects in return that its grain, food and fertilizer exports can also be fully resumed.

According to its own statements, the Russian army has once again destroyed Western military technology in Ukraine. Two launch sites for US HIMARS missiles were hit on a factory site in the eastern Ukrainian city of Kharkiv, said Defense Ministry spokesman Igor Konashenkov. Not far from the Black Sea metropolis of Odessa, Russian troops had destroyed a device for Harpoon anti-ship missiles, which were also supplied by the United States. Western military aid, with which Ukraine says it is launching counter-offensives that have been successful in some cases, is a thorn in Russia's side.

Meanwhile, Ukraine can commission four more US HIMARS missile systems. According to Defense Minister Oleksiy Reznikov, the precise multiple rocket launchers were recently delivered. Resnikov wrote on Twitter that he is grateful to US President Joe Biden, Secretary of Defense Lloyd Austin and the American people for supporting the Ukrainian military. "The sound of the HIMARS is the top hit at the front." The multiple rocket launchers have a longer range and are more accurate than Ukraine's Soviet-era artillery.

The Ukrainian troops are meanwhile pushing back the Russian army in the southern region of Cherson, according to their own statements. "Today 46 settlements in the Kherson region were liberated," the Interfax Ukraine news agency quoted acting head of the Kherson regional military administration Dmytro Butrii - most of them, according to the information, in the north of the oblast on the border with the Dnipropetrovsk region and a little further south on the Border with Mykolayiv region.

In the eastern Ukrainian region of Donetsk, Russian troops have continued their attacks in the direction of the city of Bakhmut, according to information from Kyiv. "Fighting continues," the Ukrainian general staff said on Facebook. There had also been advances by the Russians in the neighboring town of Soledar, but these were repulsed. The Ukrainian General Staff also reported fighting northwest and west of the Russian-controlled city of Donetsk. The Russian attacks on Pisky and Marjinka were unsuccessful, it said.

The Kremlin-backed separatists report military successes in Donbass. Accordingly, troops of the self-proclaimed Luhansk People's Republic (LNR) have killed 50 Ukrainian soldiers in the past 24 hours. Four armored personnel carriers were also destroyed, according to the Russian state news agency Tass, which quoted a spokesman for the LNR. It was not disclosed where the fighting took place.

As early as next month, Russia wants to open the first new buildings in the almost completely destroyed city of Mariupol. "The first residential buildings will be ready in September," said Vice Prime Minister Marat Chusnullin the Russian television channel RBC. The first hospitals should also have been built by then. There are also plans for the reconstruction of the historic center of Mariupol. Russian troops had besieged and bombed the city in south-eastern Ukraine for weeks before capturing it.

EU Commission President Ursula von der Leyen has warned that the energy crisis in the European Union could escalate as a result of the Russian war of aggression in Ukraine. "Since Russia has already partially or completely cut off gas supplies to twelve member countries (of the EU), we all have to prepare for the worst situation," von der Leyen told the Spanish newspaper "El Mundo". However, the European emergency plan agreed last week to reduce gas consumption will "help to cover our need for winter supplies". Like other EU countries, Spain initially opposed the emergency plan, but ultimately approved the plan after making concessions. 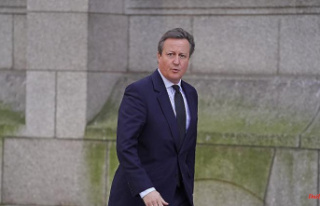