The news from the front is increasingly creating a bad mood in Russia. 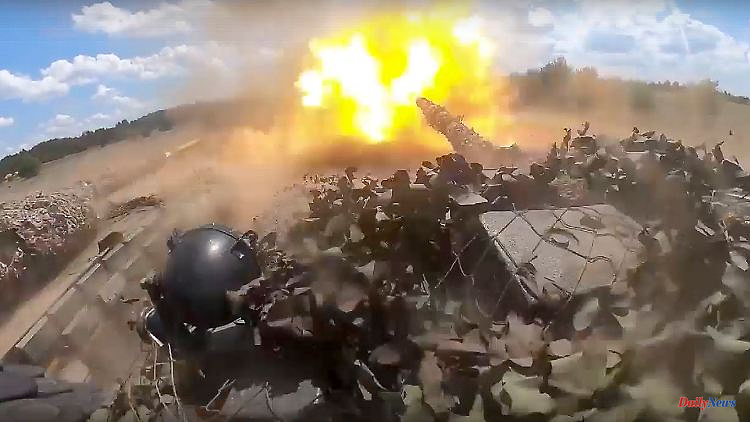 The news from the front is increasingly creating a bad mood in Russia. A high-ranking parliamentarian is surprisingly open about the army's "lies." Kremlin propagandist Solovyov also senses treason and cowardice - and brings the death penalty into play as a solution.

A senior Russian parliamentarian has urged the army to stop "lying" about the military operation in Ukraine. "The people know. Our people are not stupid," said the chairman of the Duma Defense Committee Andrei Kartapolov in the online service Telegram. "And it sees that we are not ready to tell it any part of the truth." This could lead to a loss of credibility.

"The enemy is on our land. All border villages in the Belgorod region have been practically destroyed," the former military commander said on the Telegram channel of Russian propagandist Vladimir Solovyov. "We hear this from everyone, from governors, from war correspondents. But the Department of Defense reports remain unchanged," he lamented.

The day before, Kremlin propagandist Solovyov had spoken of treachery and cowardice in the face of the news from the front. "I'm not in a good mood," he said on his show. Ukraine works "very effectively". Not long ago, the Russians were just outside Kyiv - and now the front line is being straightened out.

Solovyov called for quick action: "Those responsible must be punished." Unfortunately there is no death penalty. It seems to him that this is the "only solution" for some. The problem is that they have no honor as an officer. And you can't shoot yourself."

The Russian Defense Ministry rarely admits backlash by its troops. Rather, it merely publishes a daily report detailing the heavy casualties it claims to have inflicted on its opponents. However, a number of Russian military bloggers have recently reported on the military's most recent withdrawal from Ukrainian regions, although they were much more outspoken than the military. Like Roman Saponkov, who wrote on Telegram: "Friends, I know you are waiting for me to comment on this situation. But I really don't know what to tell you. The withdrawal from the north is on the right bank a disaster."

1 Aid is flowing too slowly: Ukraine threatens to lose... 2 Help with grid fees: the federal government slows... 3 Windhorst does it like Klinsmann: The explosive end... 4 Trainer Seoane kicked out: ex-Bayern star Alonso takes... 5 After a fatal shot on the set: Alec Baldwin comes... 6 Alternatives with electricity: what does electric... 7 Baden-Württemberg: GDL: Further strikes at railway... 8 Bavaria: newspaper: prisoner mutiny in JVA - warden... 9 Bavaria: Motorcyclist dies in a rear-end collision 10 Baden-Württemberg: Run over a wolf from the Alps... 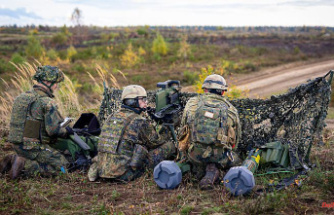 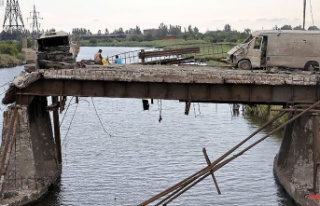 Aid is flowing too slowly: Ukraine threatens to lose...