The EU-Qatar corruption scandal: money in bags and suitcases, a politician in custody

Chancellor Olaf Scholz is alarmed, EU Commission President Ursula von der Leyen speaks of "very serious" allegations: A Vice President of the European Parliament is said to have allowed herself to be bribed by the Emirate of Qatar. 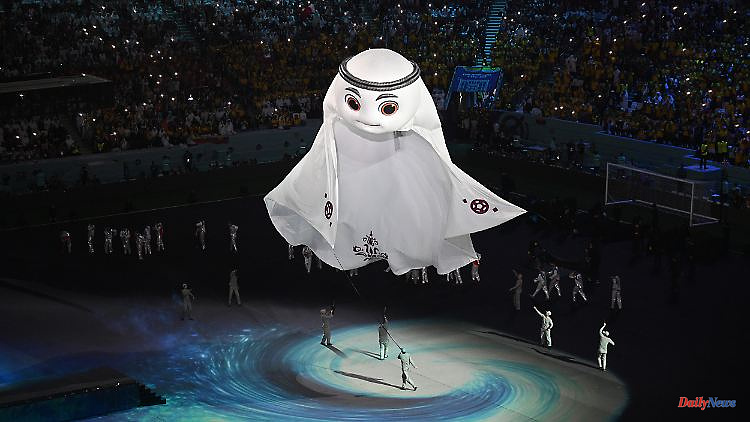 Chancellor Olaf Scholz is alarmed, EU Commission President Ursula von der Leyen speaks of "very serious" allegations: A Vice President of the European Parliament is said to have allowed herself to be bribed by the Emirate of Qatar. At least that's what the investigators say. The politician and three other suspects are in custody. An overview of the corruption scandal rocking the EU.

How many people are involved in the scandal?

Six people were arrested in Belgium on Friday, including Greek social democrat Eva Kaili, vice-president of the European Parliament and former presenter of Greek TV channel Mega. Four suspects have been in custody since Sunday, accused of membership in a criminal organization, money laundering and corruption.

According to media reports, in addition to the 44-year-old Kaili, her Italian partner Francesco Giorgi, as well as a former social democratic MEP from Italy, Pier Antonio Panzeri, founder and president of the Brussels human rights organization "Fight Impunity". According to information from the Belgian magazine "Knack", Panzeri is the head of the group. Francesco Giorgi also works for "Fight Impunity". On his Twitter account, he calls himself an adviser to the European Parliament on foreign and human rights policy issues.

Another Italian is also in custody, known by "Knack" as "Mr. T." is designated and is said to be active in the "NGO sector". "Knack" and the Belgian newspaper "Le Soir" were the first to report on the scandal.

Also arrested was the Italian Luca Visentini, recently General Secretary of the International Trade Union Confederation. He and one other person arrested were conditionally released. According to a report in the Italian newspaper Corriere della Sera, Panzeri's 68-year-old wife Maria Colleoni and his 38-year-old daughter Silvia Panzeri were also arrested in Italy on Friday.

The home of Belgian MEP Marc Tarabella, also a member of the Socialist Group, was also searched on Saturday. There, the police confiscated the politician's computer and mobile phone. In an interview with "Knack", Tarabella says he was never offered any money or gifts from Qatar. He was not arrested.

How much money is it?

According to "Knack", the investigators found 600,000 or almost 500,000 euros at Panzeri, according to different sources. They also confiscated a suitcase containing 600,000 euros, which Kaili's father, Alexandros Kailis, wanted to leave a Brussels hotel with. He too was arrested. At least 150,000 euros were found "in handbags and luxurious travel bags" in his daughter's house.

What could the money have gone for?

The Belgian investigators assume that the group is an association financed by Qatar that tried to influence decisions in the European Parliament in the interest of the emirate - a kind of covert lobby group. The Qatari EU representative denied that Qatar had anything to do with the allegations. Connections between Qatar and "the reported allegations" are "baseless and serious misinformation," the agency tweeted.

Is there evidence of covert lobbying for Qatar?

Easing visa rules for Qatari citizens is currently being considered at EU level. The Green MP Erik Marquardt is the rapporteur for the topic in the European Parliament. He told the German Press Agency that Kaili last contacted him on the matter. It was important to her that the decision was made quickly and that not so many conditions were placed on Qatar.

Kaili recently publicly praised Qatar for its labor laws. Luca Visentini, the trade unionist, has also spoken positively about the rights of workers in Qatar - all of this, of course, against the background of the football World Cup in Qatar, with which the Gulf country wanted to improve its reputation in the world and also in Europe.

Also changing his mind about Qatar is Marc Tarabella, the Belgian Social Democrat whose house was also searched. He was originally one of the critics of the World Cup award to Qatar, but has recently changed his tone significantly. In an interview with "Knack", Tarabella justified this by saying that "things have changed in a positive direction".

How did the Belgian investigative authorities find out about the group?

That is currently still unclear. It is known that the investigations that led to the arrests and a total of 16 house searches last Friday have been going on for several months. Today, Monday, the Belgian police searched other premises of the EU Parliament in Brussels. Data was confiscated from the computers of ten parliamentary employees. The computers have been "frozen" since Friday to prevent the data required for the investigation from disappearing. There were also raids on Sunday in Italy, it said.

How did the European Parliament react?

Kaili was relieved of her duties by Parliament Speaker Roberta Metsola over the weekend. This decision should be confirmed by Parliament this week; the fact that this takes longer is only for formal reasons. The Socialist Group suspended Kaili's membership. Her party, the Greek Pasok, excluded her. Greece's anti-money laundering agency froze all of Kaili's assets on Monday. Now their accounts, their real estate holdings, company investments and similar assets are to be scrutinized.

Only one is happy: Hungary's Prime Minister Viktor Orban. He tweeted a photo more than 40 years old, showing former US Presidents Ronald Reagan and George Bush in a group of men, all laughing out loud. "Good morning to the European Parliament," Orban wrote. "And then they said the EP was seriously concerned about corruption in Hungary," the photo reads. The EU is blocking funds for Hungary because the country - including in the area of ​​corruption - does not meet EU standards for the rule of law.

What are the consequences of the scandal for the relationship between the EU and Qatar?

From Qatar's perspective, investing in Panzeri, Kaili and Co., if there was any, was bad business. At the beginning of the year, the EU Commission recommended granting Qatar a visa exemption. It's hard to imagine now. Rapporteur Erik Marquardt has already spoken out in favor of taking the topic off the agenda. "This is a serious issue and we have to show that we take reports of corruption seriously," he told Politico. "So I think we need to freeze the discussions about visa-free travel [for Qataris] immediately."

1 The diary of the World Cup in Qatar: Dismantled World... 2 "The situation is serious": VfB boss sends... 3 Bizarre maintenance problem in Seoul: dog gift from... 4 Saxony-Anhalt: Advice on body cameras and electronic... 5 "Institutions stand still": Zelenskyj: Putin's... 6 At Scholz's suggestion: G7 countries set up "Climate... 7 Expert on the Eva Kaili case: "She thought she... 8 The EU-Qatar corruption scandal: money in bags and... 9 "Not to be replaced by anyone": Matthew... 10 Liverpool star Diaz is missing longer: injury is a... 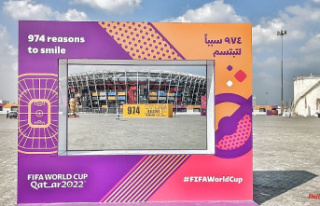 The diary of the World Cup in Qatar: Dismantled World...