The first time in the Bundestag: "That's when I realized what parliamentary group discipline means" 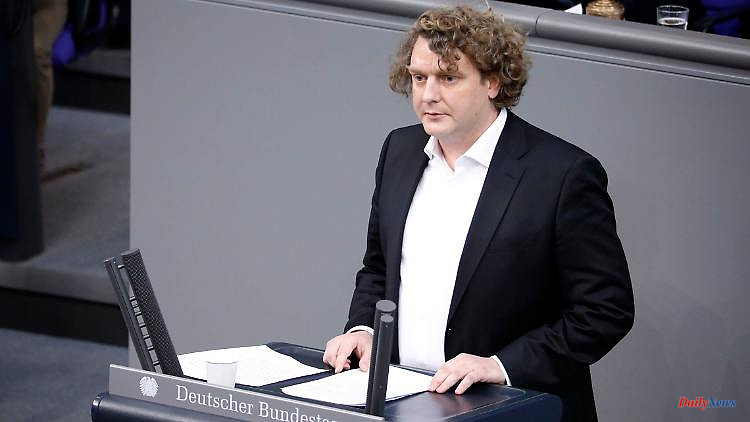 Completely surprisingly, the newcomer Erik von Malottki won the direct mandate in his constituency Mecklenburgische Seenplatte I - Vorpommern-Greifswald II in last autumn's federal elections. He prevailed against Philipp Amthor from the CDU, who then entered the Bundestag via the state list. In the ntv.de interview, the SPD politician talks about his first time in parliament, why he voted against the Bundeswehr's special fund and how people could be further relieved.

Erik von Malottki: We sometimes walk past each other or I see him in the plenum. I had offered him a ride in November when there were reports that he had lost his driver's license. But he refused. After that we met for a coffee and talked about the constituency. When I explain who I am at demonstrations, I also say that Amthor was my predecessor. Applause usually erupts at such events.

The first nine months in the Bundestag are over. Do you still remember what impression you got from the first week of the meeting?

I still remember the first few days very well and the feeling that I can really change something in the Bundestag. Looking back, I was really euphoric. I thought I could uproot trees and change the world. A little anyway.

I still have the urge. I now know my limits and the unwritten laws of the Bundestag. In addition, the situation has changed dramatically: the war in Ukraine, huge inflation, and the corona pandemic is still there. That doesn't really feel like departure.

How hard was it to get used to the unwritten laws?

Newcomers are advised not to attract attention in the first session. It was important to me that the drivers of the Bundestag get a collective agreement and that's why I addressed the topic directly in the first parliamentary group meeting. It didn't have any consequences, the collective agreement worked out and I'm extremely happy about that. Because in the end, the question that hovers over the work of a member of parliament is what he can achieve for the people. Together with others, I was able to improve the living conditions of some. Even if this is rather symbolic, it is an extremely nice feeling. Because what I do here will remain.

What is your impression after nine months, how far away is the Bundestag from the people?

My home is Mecklenburg-Western Pomerania and education policy at state level, the federal government was always far away. I now think that the Bundestag is less far away from those it represents than I would have thought. But sometimes the distances are great: One example is the Bundeswehr's special fund. The 100 billion euros do not go into the general budget. From a budgetary point of view, that's clever, many people here in Berlin are convinced. But my impression is that for many people, budgetary law isn't all that relevant. You only see the 100 billion euros. Whenever I say as a Member of Parliament that we don't have the money for something, the word special assets is always used. Then I could start explaining the budgetary gimmick behind it. But my impression is that this will only work with difficulty.

You were only one of nine SPD MPs in the Bundestag to vote against it. How was that received in the group?

It's not a nice feeling to vote against your own faction on such a crucial issue. And that's when I realized for the first time what group discipline really means. Not in the sense that pressure was exerted - quite the contrary: I received friendly advice. Rather, it is the social component. Just not to agree with everyone else who shares a certain point of view. I ended up voting against it for reasons of conscience. In addition, my deviation is also documented. It was a difficult decision.

The increased cost of living is a concern for many people, how can the government now provide further relief?

In my view, there are two proposals that have already been discussed as part of the relief packages: on the one hand, this is a one-time payment, but pensioners should also benefit from it. Minister of Labor Hubertus Heil brought the climate money into play at this point, that's the right way. The second option is the 9 euro ticket. This is a huge success because it reduces mobility costs for many people and the climate also benefits. If we follow up with the infrastructure now, we're on the right track.

The FDP's main argument against the 9-euro ticket is the cost.

Around 31 million people benefit from it. Extending the 9-euro ticket would cost around ten billion euros a year. That's a lot of money. But compared to the positive consequences, this is a small sum. People will not accept that these ten billion euros should not be in the budget. Even if it says that it is not possible for budgetary reasons. We will have to talk about it, people will rightly demand it.

At this point we are back to the special fund. This opened the door for large financial projects to be possible without burdening the current budget.

That's it. I voted against, but maybe that's one of the positive effects that the FDP didn't want. Explaining to someone today that money is missing for an important cause is very difficult after the special fund. It showed that where there's a will, there's a way.

With the war in Ukraine, however, this door was also pushed open with great force.

But that's the message. Only when there is sufficient strength can such tasks be accomplished. So now the question is: is fighting climate change a reason that has enough power? In the end, it's up to civil society to decide whether that's the case.

MPs are often the focus of criticism. How do I handle this?

The second relief package comes to mind. Together with other MEPs, I took part in a paper, some of which ended up in a compromise. This also included the one-time payment, which was also a consensus within the group. But the reactions from the population were devastating. Every social group has torn it up from their perspective. There was criticism of the tank discount from the cities and the 9-euro ticket in rural areas. And everyone has criticized the 300 euro one-time payment. The question you then ask yourself is: is it even worth fighting to achieve these things?

How did you experience that?

For someone who has campaigned for there to be any relief at all, it was a disappointing moment. People don't criticize that for nothing. But I fought for it, wrote papers and worked on it. When it came to relieving pensioners, we were unable to assert ourselves against our coalition partner. But what if the coalition had done nothing? The question we all need to ask is, do you appreciate the small steps that happen behind the scenes here?

What is your answer to this?

Before the 9 euro ticket I would have said I was disappointed. But a lot of people are slowly realizing that it's not that bad after all. I believe we will see the same thing once the one-off payments of 300 euros and 100 euros for each child have been paid out. That's why it was worth it. We have to live with the fact that people always expect the maximum from us.

1 The successor should be a matter for the federal states:... 2 At a demo for abortion rights: Police arrest 17 US... 3 Growth by a third: German producer prices are rising... 4 High demand at low tide: barges can only sail half... 5 On the Hollywood Walk of Fame: Laura Linney is honored... 6 "What would happen to me today?": Cher opens... 7 Ursula Engelen-Kefer in conversation: "You can't... 8 Honor "for courage and bravery": Fossil... 9 Baden-Württemberg: But no cup cracker for Friedrichshafen... 10 North Rhine-Westphalia: A2 closed in the direction... 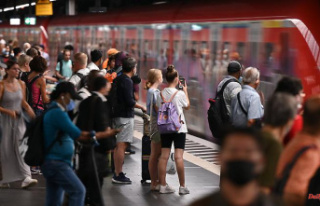 The successor should be a matter for the federal states:...