The night of the war at a glance: 100 days of war in the Ukraine - bloody battles in Sievjerodonetsk

100 days ago the Russian invasion of Ukraine began. 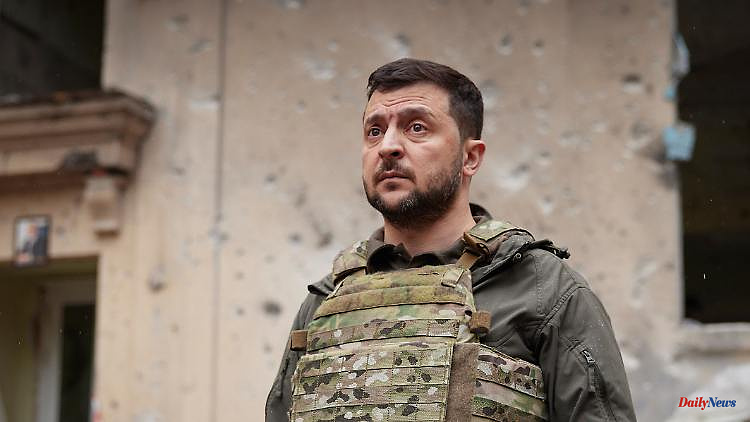 100 days ago the Russian invasion of Ukraine began. The territorial gains are manageable - Russia controls about 20 percent of the land area. The casualty figures on both sides are very high. Millions of Ukrainians are fleeing within the country or have already left it. In the east, the big city of Sievjerodonetsk remains contested, with clear advantages for the Russian troops. Foreign Minister Baerbock promises Ukraine further support and the delivery of more weapons. The night of the war at a glance.

The war of aggression unleashed by Russia has been raging in Ukraine for 100 days this Friday. At the same time, Ukrainian troops continue to defend themselves against the loss of the city of Sievjerodonetsk in the east, where Russian troops are advancing with their superior firepower. The city should not be abandoned if possible, said Deputy Chief of Staff Oleksiy Hromow in Kyiv.

President Volodymyr Zelenskyy has made several appearances with a kind of balance sheet of the war since February 24. Up to 100 Ukrainian soldiers are killed every day in the fighting in the east, he said in a video link at a security conference in the Slovakian capital Bratislava. "And a few hundred people - 450, 500 people - get injured every day." A fifth of Ukraine's territory is currently occupied by Russia, he said in a switchboard in the Luxembourg parliament. He thanked foreign partners for arms deliveries.

Kremlin chief Vladimir Putin had the neighboring country attacked in order to stop its NATO ambitions. Russian war propaganda claims that Ukraine is run by neo-Nazis and that Russian speakers are oppressed there. The complete conquest of the eastern Ukrainian regions of Luhansk and Donetsk, the so-called Donbass, is repeatedly mentioned as a goal. So far this has not been successful. On the 100th day of the war, the EU wants to formally adopt its sixth package of sanctions against Russia with an oil embargo.

Battle for the eastern city of Sievjerodonetsk

Despite fierce Russian attacks, the Ukrainian army does not want to admit defeat in the administrative center of Sievjerodonetsk. "The situation is difficult, but it's better than yesterday. And it's under control," said Deputy Chief of Staff Hromow. Ukrainian authorities had previously announced that the city was largely under the control of Russian troops. There are very bloody street fights in the city, Hromow said. Sievjerodonetsk is considered the last Ukrainian stronghold in the Luhansk region. According to their own statements, pro-Russian troops and the Russian military are about to take power there. However, the Ukrainian head of administration in Luhansk, Serhiy Hajdaj, also reported on successful commando actions by the defenders in the city. Presidential adviser Oleksiy Arestovych even said that the Ukrainian army had lured the Russians into a trap in Sieverodonetsk. This information could not be verified.

According to reports from both sides, civilians have been hiding in bunkers under the chemical plant Asot (nitrogen) in the city, Hajdaj spoke of around 800 people. "These are locals who were asked to leave the city but refused. There are also children there, but not very many," he told US broadcaster CNN. In the port city of Mariupol, Ukrainian soldiers and civilians held out for weeks in bunkers under the Azovstal steelworks.

The balance sheet for the 100th day of the war

Russian troops marched into 3,620 towns in Ukraine, 1,017 of which were liberated, Zelensky said. "Another 2,603 ​​are yet to be freed." Twelve million Ukrainians are fleeing the country; five million abroad. Russia has lost over 30,000 soldiers, Zelenskyy claimed. Western experts also suspect heavy Russian losses, but consider the Kiev figures to be too high. "Our resistance is unbroken after all these months. The enemy has not achieved the goals it has set itself," said Deputy Defense Minister Hanna Maljar. "We are ready for a long-term war." She praised the fact that the "dynamics of arms deliveries" from the West are picking up speed. For security reasons, she did not provide any information on the time and place of the deliveries. Ukraine wants to stop the advance of Russian troops and liberate occupied cities with heavy weapons from the USA and Germany, among others. Above all, Zelenskyy thanked the United States for its commitment to send state-of-the-art HIMARS multiple rocket launchers.

Will the war last much longer?

While there were still negotiations between Moscow and Kyiv in the first weeks of the war, these have been on hold since the atrocities committed against the civilian population in Bucha and other places near Kyiv. Selenskyj does not want to negotiate again until Russia withdraws to the February 23 borders.

"Wars are inherently unpredictable," NATO Secretary General Jens Stoltenberg said after a meeting with US President Joe Biden and his National Security Advisor Jake Sullivan in Washington. "That's why we just have to be prepared for a long distance." The conflict has become a war of attrition, with both sides paying a heavy price on the battlefield. Most wars ended at the negotiating table. That will probably happen in this case too, said Stoltenberg. It is the task of the NATO allies to support Ukraine in order to achieve the best possible outcome for the country.

During the war weeks, Germany was repeatedly criticized by Ukraine, but also by its European allies, because they felt it was too hesitant to provide aid. Foreign Minister Annalena Baerbock promised Ukraine solidarity and more weapons. In a guest article for the "Bild" newspaper, the Greens politician wrote: "We will continue to support Ukraine. Until there are no more Butschas. So that things are normal again for the people of Ukraine, which is for us such a matter of course is: A life in freedom." Peace does not come for free. "But every cent we spend is an investment in security and freedom, in the freedom of Europe." As long as Ukraine is not safe, Europe is not safe either. 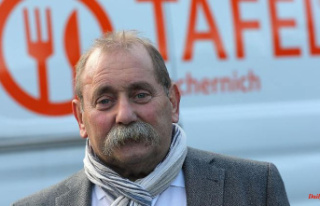