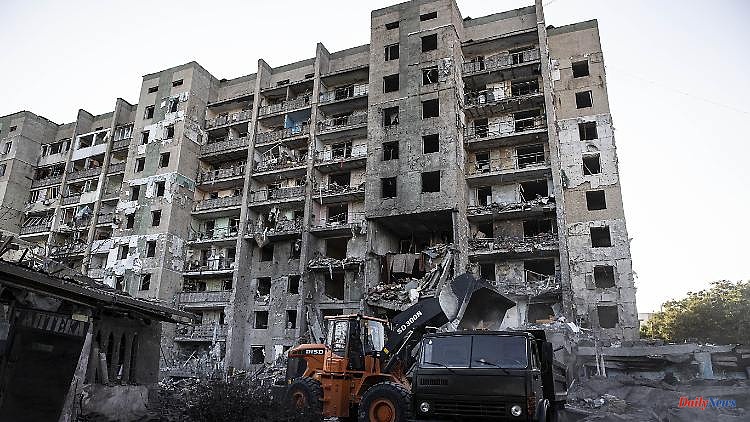 Russian rocket attacks again claim numerous victims, 21 people die in Odessa alone. The US will support Ukraine with further arms deliveries. Shortly after the withdrawal of Russian soldiers from Snake Island, Russia fired phosphorus bombs at it, according to Ukraine.

Ukraine has sharply condemned a Russian rocket attack on a residential building in the southern Ukrainian region of Odessa that killed at least 21 and wounded 39. President Volodymyr Zelenskyj spoke of "deliberate, targeted Russian terror". Neither weapons nor military equipment were hidden in the house - "as Russian propagandists and officials always tell about such attacks," he said in a video message. The impact of the three rockets was not an accident.

Kuleba: Russia is at war with civilians

Ukrainian Foreign Minister Dmytro Kuleba accused Russia of a war against civilians in connection with the missile attack. "I urge our partners to provide Ukraine with modern missile defense systems as soon as possible. Help us save lives and put an end to this war," Kuleba said on Twitter.

US announces another arms package for Ukraine

The US government has promised more military aid to Ukraine. A package worth 820 million US dollars (approx. 787 million euros) is intended to provide the country with additional ammunition for the HIMARS missile launcher system, two surface-to-air missile defense systems called NASAMS, artillery ammunition and anti-artillery radars, among other things. as the Pentagon announced. Much of the new aid does not come from US stocks, but from an agreement with industry. According to its own statements, the United States has promised or already delivered weapons and equipment worth almost seven billion US dollars (6.73 billion euros) to Ukraine since the beginning of the war at the end of February.

Ukraine has accused Russia of dropping phosphorus bombs on Snake Island in the Black Sea. Two attacks with phosphorus bombs were flown with Su-30 fighter jets from the Crimea peninsula, which was annexed by Russia in 2014, said the supreme commander of the Ukrainian army, Valeriy Zalushnyi. In addition, the 48-year-old presented a video that is intended to prove the bombing. The day before, the Russian military had withdrawn from the island. Moscow had presented this as a "gesture of good will". Kyiv considers the retreat from the island captured by the Russians on the second day of the war as a victory as a result of frequent attacks. The US government also sees the recapture of Snake Island as a success for the Ukrainian military. Russia's claim that the withdrawal was a goodwill gesture lacks credibility, a senior US Defense Department official said. "The Ukrainians have made it very difficult for the Russians to maintain operations there," he said, according to the Pentagon. That is the reason why the Russians left the island.

In eastern and southern Ukraine, positions of the Ukrainian army along the entire front line were shelled with artillery by Russian troops. Dozens of locations in Kharkiv, Donetsk, Luhansk, Zaporizhia, Mykolaiv and Kherson Oblasts were listed in a report by the Ukrainian General Staff published on Facebook. There were also isolated attacks by airplanes and helicopters, it said. Ukrainian units repelled a Russian attack on a gelatine plant near the industrial city of Lysychansk in the Luhansk region. The reports cannot be independently verified.

At a meeting in Kyiv, Norwegian Prime Minister Jonas Gahr Støre promised Selenskyj further support of one billion euros spread over 2022 and 2023. The money should flow into humanitarian aid, reconstruction and also weapons. This should support the "Ukrainians' fight for freedom," said the Norwegian. Støre had traveled to Ukraine directly from the NATO summit in Madrid, the Norwegian news agency NTB reported. Before meeting Zelenskyy he visited the Chernihiv region.

The UN cultural organization UNESCO has put the Ukrainian cooking culture of the beetroot soup borscht on its list of cultural heritage to be protected. The reason is a threat from the Russian war of aggression against Ukraine. Kyiv was delighted. "Victory in the borscht war is ours!" Minister of Culture Oleksandr Tkachenko wrote in the Telegram news service. The soup is now "officially Ukrainian". The Russian foreign ministry spokeswoman Maria Zakharova reacted irritably. "What next? Recognition of pork as 'Ukrainian national product'?" Other Russian officials commented that the decision did not give Ukraine an exclusive right to the soup. Borscht variants are prepared in many countries in Eastern Europe. 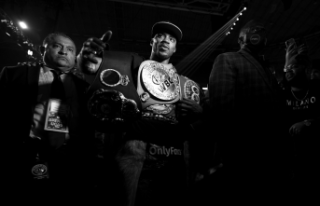 Boxing in 2022: Four questions that are still unanswered...