The night of the war at a glance: Kremlin demonstrates potency in the Black Sea - Steinmeier calls Selenskyj 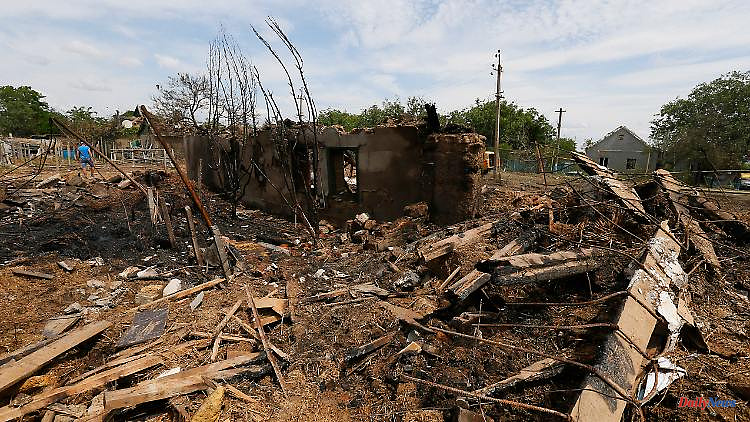 Kyiv celebrates the recapture of Snake Island. But with air strikes over the Black Sea, Russia is making it clear that it is retaining its military strength: an apartment building in Odessa is being shelled. Meanwhile, Steinmeier congratulates President Selenskyj on progress in EU accession.

Kyiv celebrates the recapture of Snake Island. But with air strikes over the Black Sea, Russia is making it clear that it is retaining its military strength: an apartment building in Odessa is being shelled. Meanwhile, Steinmeier congratulates President Selenskyj on progress in EU accession.

Russia's withdrawal from Snake Island puts Ukraine in a better position, Zelensky said. "Snake Island is a strategic point and that significantly changes the situation in the Black Sea," he said in his video address. This significantly restricts the Russian military's freedom of action - even if this does not guarantee security. Russia occupied Snake Island shortly after attacking Ukraine on February 24. According to the Ukrainian military, Snake Island allows control over parts of Ukraine's coast and shipping lanes. With the Russians withdrawing from the island, the area around the port city of Odessa need not fear a landing by Russian units from the sea.

However, air strikes remain possible, as the Russian military demonstrated a few hours after withdrawing from Snake Island. A Russian rocket attack in the Odessa region killed ten people in an apartment building, according to Ukrainian sources. The rocket destroyed part of the nine-story building, said the head of the local military administration, Serhiy Brachuk. A fire broke out after the attack. The missile was fired from a Russian military plane over the Black Sea.

Federal President Frank-Walter Steinmeier called Selenskyj again. The conversation lasted about an hour, according to the Federal President's Office. Among other things, Steinmeier congratulated Ukraine on its EU accession candidate status. Zelenskyj said he thanked for the support already given. At the same time he "re-described our priorities - the types of weapons that we need". Selenskyj and Steinmeier spoke on the phone for the first time at the beginning of May and cleared up previous irritations. These arose after the Ukrainian side had uninvited Steinmeier as foreign minister in mid-April, referring to his previous Russia policy.

The Ukrainian President encouraged European countries to buy electricity from Ukraine. This could replace a significant part of natural gas supplies from Russia, he said. Ukraine has been supplying electricity to Romania since Thursday. "We are ready to expand the offer," Zelenskyj said. At the end of February, Ukraine disconnected from the former Soviet power grid and, together with Moldova, synchronized with the European power grid in March. Already last week Kyiv offered Germany the export of Ukrainian nuclear power. Four nuclear power plants of Soviet design ensure more than half of Ukraine's electricity production.

Russian train connection between Crimea and occupied territories is delayed

Russia postponed the start of a train service announced for Friday between the Crimean Peninsula, annexed in 2014, and the war-occupied Ukrainian cities of Cherson and Melitopol. The pro-Russian Crimean authorities referred to security concerns. However, bus connections should be available as announced. Russia is attempting, among other things, to cement its control over the areas occupied during the war by issuing Russian passports and introducing the ruble as its currency. 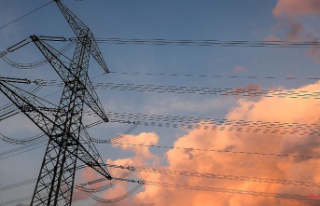 As a replacement for Russian gas: Ukraine supplies...