The night of the war at a glance: Russians on the rise in the east - Merkel blames Moscow 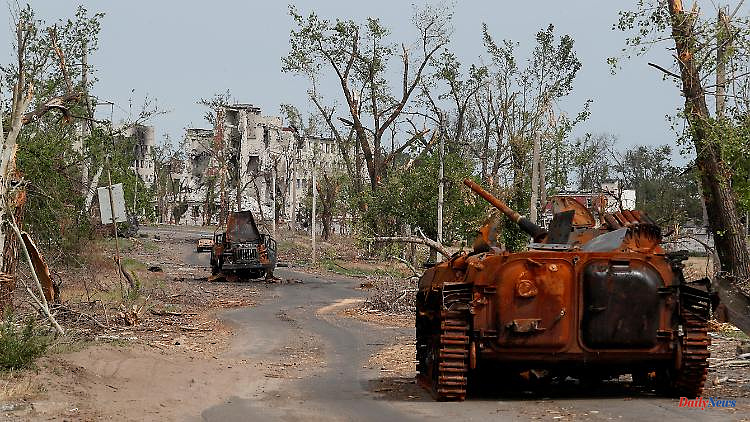 In the battle for Sieverodonetsk, Russian troops continue their gradual conquest of the city of Sieverodonetsk. Ukrainian troops report successes in the south. Merkel is talking about the war for the first time and the Orban government is preventing further punitive measures against Russia, at least for the time being.

Russian advance in the east

The Ukrainian military has admitted that Russian troops have had "partial success" in battles in the embattled city of Sieverodonetsk in the Luhansk region in eastern Ukraine. The enemy is in control of the eastern part of the city, the general staff said on Wednesday evening. The storm on the big city continues, it was said. The pro-Russian separatists claimed they had already taken control of more than 70 percent of the city. Sieverodonetsk is the administrative center in the Ukrainian-controlled part of the Luhansk region. The city has been fighting for weeks. Should Russian troops capture the city, they would have complete control over the Luhansk region. The capture of the Luhansk and Donetsk regions is one of the goals set by Putin.

Ukraine: Recaptured 20 towns in the south

According to military information, the Ukrainian army recaptured 20 occupied towns in the Kherson region. About half of the population had fled from these villages, it said. The information could not be independently verified. However, for days there have been reports of advances by the Ukrainian army in the south. Several Russian missiles are believed to have landed in Stryi in western Ukraine on Wednesday evening. According to initial reports, five people were injured.

In her first public speech in about six months, former Chancellor Angela Merkel called the attack on Ukraine a "profound caesura". Merkel said in Berlin that she did not want to make any assessments from the sidelines. But Russia's invasion of the neighboring country marks a blatant breach of international law. "My solidarity is with Ukraine, which has been attacked and invaded by Russia, and in support of their right to self-defense." She supports the efforts of the federal government, the EU, the USA, NATO, the G7 and the UN "to stop this barbaric war of aggression by Russia".

The government in Budapest is demanding that the planned punitive measures against Patriarch Kirill, the head of the Russian Orthodox Church, be scrapped. This was confirmed by several diplomats in Brussels. The way out of this diplomatic blockade is unclear. According to the will of the other EU states, Patriarch Kirill should be included on the sanctions list because of his support for the Russian war of aggression. He maintains close contact with President Vladimir Putin. In his sermons, he repeatedly supported the war policy and most recently claimed that Russia had never attacked another country. The plan in Brussels was actually to initiate the decision-making process for the sixth package of sanctions on Wednesday. Hungary succeeded in having oil deliveries by pipeline initially exempted from the planned oil embargo. Specifically, sanctions against Kirill would mean that the cleric would no longer be allowed to enter the EU. Possibly existing assets would be frozen.

Chancellor Scholz announced in the Bundestag on Wednesday that he would deliver the IRIS-T air defense system from the German manufacturer Diehl to Ukraine. There is also a tracking radar that can be used to detect artillery positions. The latter is likely to be the Cobra system. Scholz did not give an exact delivery date. "But there is no more obstacle now." According to information from government circles, four multiple rocket launchers MARS II from Bundeswehr stocks are to be delivered by the end of June. Ukrainian Ambassador Andriy Melnyk welcomed the announcement.

Poland promised further aid to the neighboring country during a visit by Prime Minister Mateusz Morawiecki to Kyiv. His country was also asked to help export Ukrainian grain. According to Kiev, it was agreed during the consultations to examine the establishment of joint armaments companies. This will take military cooperation to a new level, said Ukrainian Prime Minister Denys Shmyhal. Morawiecki and his deputy Jaroslaw Kaczynski, leader of Poland's national-conservative ruling party PiS, also spoke to President Volodymyr Zelenskyj.

1 "Very modern, very effective": The German... 2 "It wasn't my suggestion": Merz feels... 3 Baden-Württemberg: Initially no further cases of... 4 Three percent inflation also in 2023: Banks are forecasting... 5 Mecklenburg-Western Pomerania: burglary in the station... 6 Thuringia: RKI: incidence in Thuringia at 80.7 7 Saxony-Anhalt: RKI: Incidence in Saxony-Anhalt at... 8 Saxony: RKI: incidence in Saxony at 116.9 9 Baden-Württemberg: Experts expect falling groundwater... 10 Savoy. Queige: A chalet that was destroyed by a fire... 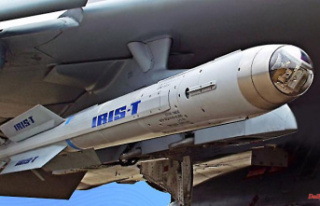