The night of the war at a glance: Selenskyj: No attack remains unanswered - Ukraine denies attack on Crimea 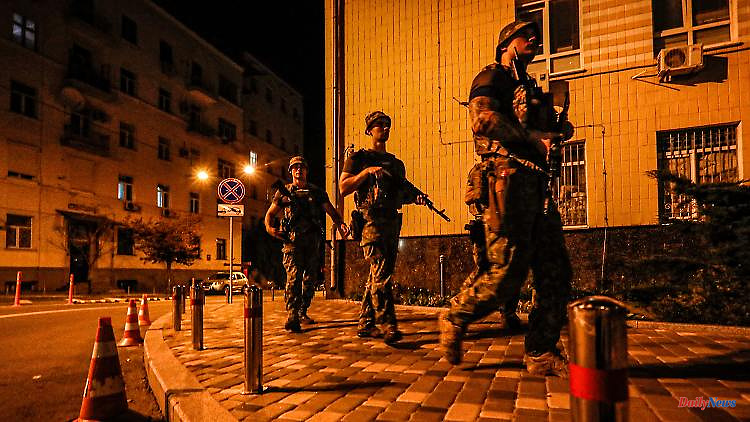 After serious shelling in southern Ukraine, President Volodymyr Selenksyj has threatened Russia with consequences. In his video speech, he also reported on Russian troop transfers to occupied southern areas, which Kyiv is currently trying to recapture. According to Ukrainian sources, several Russian missiles landed in the Black Sea region of Odessa on Sunday. In the meantime, on the eve of the 159th day of the war, air raids were sounded almost all over Ukraine.

"No Russian attack goes unanswered by our military and secret service agents," stressed Zelenskyy, referring to the shelling of Mykolaiv. He also commemorated Oleksiy Vadaturskyi, the owner of one of Ukraine's largest grain trading companies, who was killed in the southern Ukrainian city.

Like the Ukrainian General Staff, Zelenskyy reported that Russian troops were being moved to occupied areas in the south. Moscow did not comment on such possible moves. In the course of the war of aggression that has already lasted more than five months, Russia has occupied large parts of the southern Ukrainian regions of Cherson and Zaporizhia. Thanks to weapons supplied from the west, however, Ukraine has recently launched several successful counter-offensives in Cherson, according to its own statements and the assessment of the British secret service.

The city council of Odessa, citing the southern command of the Ukrainian army, announced that two Russian "Iskander" missiles had been shot down from the Crimean peninsula, which was annexed by Russia. No information was given about possible victims. Moscow initially did not comment on the allegations. The Odessa region is home to all three ports through which grain will soon be exported across the Black Sea again as a result of a recent agreement.

According to the Turkish leadership, the first ship in months with Ukrainian grain for the world market is likely to leave the port of Odessa on Monday. There are still "one or two issues to be clarified" in negotiations with the Russian side, said a spokesman for the Turkish president. The ships are loaded and ready to go, but "good logistical coordination" is required.

In Crimea, from where the rockets are said to have been fired, Russian celebrations for "Navy Day" had previously been canceled - with reference to an alleged drone attack by Ukrainians on the city of Sevastopol. The Ukrainian Navy denied this, saying Russia "made up" the incident. In reality, the Russians did not dare to hold the celebrations there as planned for fear of Ukrainian attacks, it was said. The Russian side, on the other hand, announced that the headquarters of its Black Sea Fleet had been attacked in Sevastopol. Six people were injured on Sunday, wrote the governor of Sevastopol, Mikhail Rasvoschajew.

After the attack on a prison camp in eastern Ukraine, the Red Cross initially waited in vain for access to the injured. As of Sunday afternoon, the ICRC had not received permission to enter the prison, a spokesman in Geneva said. The Russian Defense Ministry, on the other hand, said it had invited the International Committee of the Red Cross (ICRC) to visit.

Olenivka is near Donetsk in territory controlled by pro-Russian separatists with Moscow's help. A rocket is said to have hit the barracks with prisoners of war on Friday night. Selenskyj spoke of an intentional Russian war crime. According to the Russian account, the facility was hit by a US HIMARS multiple rocket launcher used by the Ukrainian army. Moscow also released the names of 50 prisoners killed and 73 injured.

According to activists, future reconstruction aid for war-torn Ukraine must be secured against corruption from the outset. It will then be about billions of euros, "that's why it's important to think about it now," said Olena Haluschka of the Ukrainian non-governmental organization ANTAC (Anti-Corruption Action Center) in Warsaw. In her view, foreign aid money should not flow into the Ukrainian budget, but into a special fund under international supervision. "Then the trust of the donors would be greater," said Haluschka. In 2021, Transparency International listed Ukraine as the second most corrupt country in Europe after Russia.

What will be important on Monday 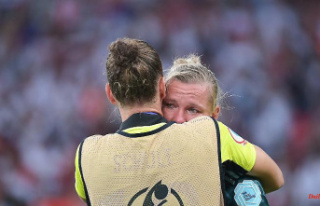 Soccer god, what are you doing?: Merciless EM curse...