The night of the war at a glance: Selenskyj: No Russian success in the East - new money for Kyiv

War has been raging in Ukraine for more than 100 days. 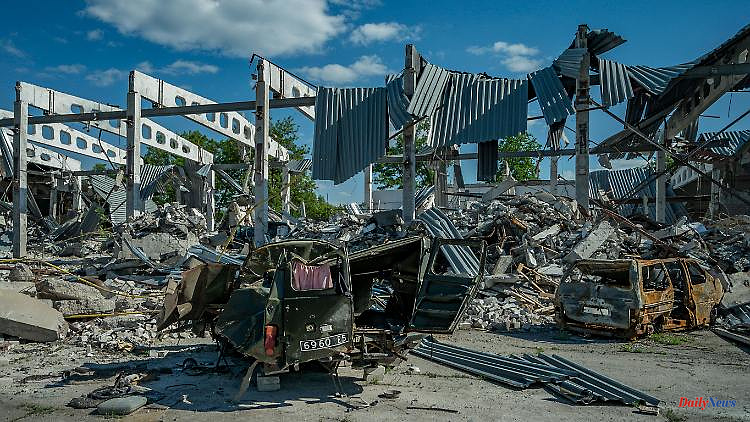 War has been raging in Ukraine for more than 100 days. Street fighting continues in the Donbass, and Russia apparently wants to cement its position in the south. An overview of what happened during the night and a view of the day.

Fierce fighting in eastern Ukraine continues. Despite their superiority, Russian troops have not yet achieved a breakthrough, according to Ukrainian President Volodymyr Zelenskyy. "The situation at the front has not changed significantly in the last 24 hours," said Zelenskyy in his evening video message. "The extremely heroic defense of Donbass continues." Today, Wednesday, is the 105th day of the war for Ukraine.

Where is the fighting?

Selenskyj named the cities of Sievjerodonetsk, Lysychansk and Popasna as focal points. "It can be felt that the occupiers did not believe that the resistance would be so strong," said the president. The Ukrainian presidential adviser Oleksandr Arestovych made a similar statement. Ukrainian artillery did a good job, he said. At the same time, Arestovych also acknowledged problems. "We can wait a long time for a counter-offensive," he said. Some fighters wouldn't take the pressure. In addition, it is not clear when and to what extent new weapons deliveries will arrive.

Killed in attacks in Kharkiv region

According to Governor Oleh Synyehubov, at least three people were killed and six others injured by Russian shelling in the eastern Ukrainian region of Kharkiv. Another person was killed in attacks in the evening, it said. According to the Ukrainian Prosecutor General's Office, two people were killed and three injured in Russian rocket attacks in the city of Bashtanka in the southern Ukrainian region of Mykolaiv. There are said to have been violent detonations in the regional capital Mykolaiv. The pro-Russian separatists also reported casualties. A man was killed in Ukrainian shelling in the town of Pervomaysk near the front line.

In his video message on Tuesday evening, Zelenskyi announced a new war crimes information system. Confirmed information about war criminals and criminals in the Russian army is to be collected in a "Book of Torturers". "I have repeatedly emphasized that they will all be held accountable. And we are taking this step by step," said the President. Not only direct perpetrators such as soldiers should be held responsible, but also their commanders, who would have made the crimes possible - "in Bucha, in Mariupol, in all our cities".

In the areas occupied by Russian troops, the new rulers are apparently planning to join Russia. Preparations for a referendum have begun, said the pro-Russian governor in the city of Melitopol, Halyna Danylchenko. According to a Russian deputy, the deputy chief of the Russian presidential administration, Sergei Kiriyenko, was in Melitopol, the second largest city in Zaporizhia Oblast, for talks, as well as in Kherson, the capital of the adjacent region of the same name. According to Ukrainian information, a referendum on annexation to Russia will be prepared in Kherson by autumn.

Former Chancellor Angela Merkel advocates strengthening military deterrence against Russia. "That's the only language that Putin understands," said Merkel in Berlin in an interview broadcast by TV station Phoenix. She rejected responsibility for the lack of investment in the Bundeswehr - and indirectly assigned it to the former coalition partner SPD. "I'm so glad that we're finally deciding, now that the whole world has armed drones, that we're going to buy some too. And it wasn't my fault that certain other things couldn't take place," Merkel said. "It was a very tough struggle to invest in military deterrence at all."

More than 1,000 Ukrainian prisoners of war from the conquered Azovstal steelworks in Mariupol have now been brought to Russia. The Russian law enforcement authorities are currently dealing with them, the Russian state agency TASS reported at night, citing security circles. Among them could be more than 100 foreign "mercenaries". In total, more than 2,400 Ukrainian fighters surrendered at the plant.

The World Bank is providing Ukraine with additional funding of $1.49 billion (€1.4 billion). In view of the ongoing war, the government could use this to pay wages for state employees, it said. It was initially unclear whether the new funds were aid money or a loan.

According to Russian sources, the bilateral dialogue between Moscow and Washington has almost come to a standstill. "Trust has been eroded, cooperation is crumbling even in areas of mutual interest, communication between the sides is poor and mostly reduced to a debate of technical issues," Russian Ambassador to the US Anatoly Antonov told Russian state television. However, the defense ministers and chiefs of staff would still hold "occasional phone calls" - these are extremely important to prevent a direct military confrontation.

1 Drome. Overloaded vehicles pose real dangers to the... 2 Gangsters, crypto chaos, rise: the resurrection of... 3 Savoy. Queige: You can now spend holidays in an enchanted... 4 Mont Dauphin. Stronghold: A makeover at the Rochambeau... 5 Spray. Cinema Le Roc: After 70 years, the managers... 6 Vaucluse. Accident in Merindol last night: A 35-year-old... 7 Gangsters, crypto chaos, rise: the resurrection of... 8 Belgium. Marc Dutroux's home will be demolished 9 Bathing in your own pool: These building regulations... 10 Health. Breastfeeding for a prolonged period of time... 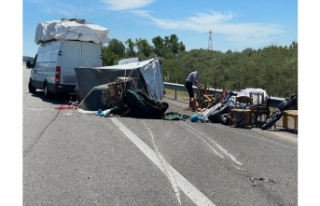