The night of the war at a glance: the USA are supplying more weapons to Ukraine - Putin is threatening the West

The United States wants to support Ukraine in defense against Russia's war of aggression with further arms deliveries worth around 400 million US dollars. 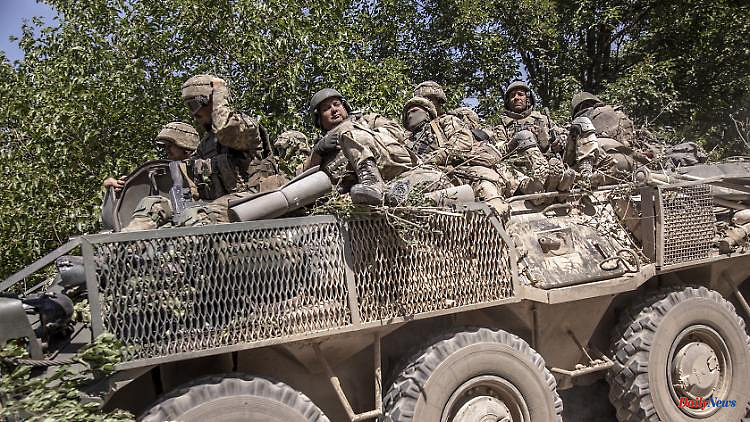 With the new US missile launchers, the Ukrainian armed forces will then have twelve Himars systems at their disposal. The Pentagon representative rejected statements by the Russian military that two copies had been destroyed. All Himars delivered to Ukraine are still in service. So far, the United States has said it has pledged or already delivered arms and equipment worth $7.3 billion to Ukraine since the start of the war.

Zelenskyj: It's about protecting our common freedom

Ukrainian President Volodymyr Zelenskyy intends to continue sending messages to other countries. "We work every day and under all circumstances as much as possible on the foreign policy front," he said in a video message on Friday. His speech to the Slovenian parliament on Friday was the 24th speech to an EU member state parliament. Three speeches to the parliaments of the remaining 27 EU member states are still pending.

"I hope that the other three EU countries will also feel that these appeals are not about politics, but about protecting our common freedom, and that's why we will get to the point where I can say one day: All 27 parliaments of the European Union hear the freedom struggle better than any Russian manipulation," stressed the President.

In the eastern Ukrainian war-torn region of Donetsk, pro-Russian separatists cleared the way for the execution of three foreigners sentenced to death. A moratorium on the death penalty was lifted on Friday by the breakaway region's internationally unrecognized parliament. Two British and one Moroccan citizen were sentenced to death in June. They had fought on the side of the Ukrainian army against the Russian-backed separatists. The insurgents see them as mercenaries. From the separatists' point of view, they do not fall under the Geneva Convention for the Protection of Prisoners of War. Ukraine, on the other hand, counts them among their soldiers. Internationally, a possible execution could therefore be regarded as a war crime.

Dead and injured in shelling

Shelling in eastern Ukraine again injured or killed people. In the towns of Seversk and Bakhmut in the Donetsk region, a total of five people were killed and three injured by Russian attacks on Thursday and Friday, the government authorities said. The pro-Russian separatists in Donetsk spoke of 3 dead and 14 wounded by Ukrainian shelling. Combat zone reports cannot be independently verified.

Ukrainian authorities have confiscated corporate rights and real estate from 11 Russian companies. It is about a total value of around 57 million euros, said the SBU secret service in Kyiv on Friday. A total of 46 properties are said to have been transferred to the Ukrainian state. The companies include Gazprom, Rosneft and Rosatom. The accusation is that the Russian war of aggression against Ukraine, which has been ongoing since February, was financed.

Russian President Vladimir Putin has threatened far-reaching consequences for the West if the sanctions against his country are extended. "Continued application of the sanctions policy may lead to even more serious, without exaggeration, even catastrophic consequences on the global energy market," Putin said at a meeting with government officials. In response to Russia's war on Ukraine, the EU has adopted sweeping sanctions, including a sweeping embargo on Russian oil. Once again, Putin spoke of an "economic blitzkrieg" in the West that had failed. Nonetheless, he conceded: "These actions, the restrictions, are hurting our economy and many risks remain."

According to his most important foreign policy adviser, Pope Francis could travel to Kyiv this summer. Curial Archbishop Paul Gallagher, the secretary for relations with states and thus something like the Vatican's foreign minister, told the Italian broadcaster Rai1 on Friday evening. The 85-year-old pontiff will discuss a visit to Kyiv with his staff after returning from Canada at the end of July. When asked if such a trip was possible in August, Gallagher replied: "It's possible, I wouldn't rule it out."

That will be important on Saturday 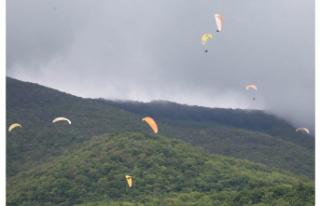