The night of the war at a glance: Ukraine counts 1,346 dead civilians near Kyiv - Abramovich sues against EU sanctions

While fierce artillery battles continue to rage in eastern Ukraine, the number of civilians killed in the Kiev area continues to rise. 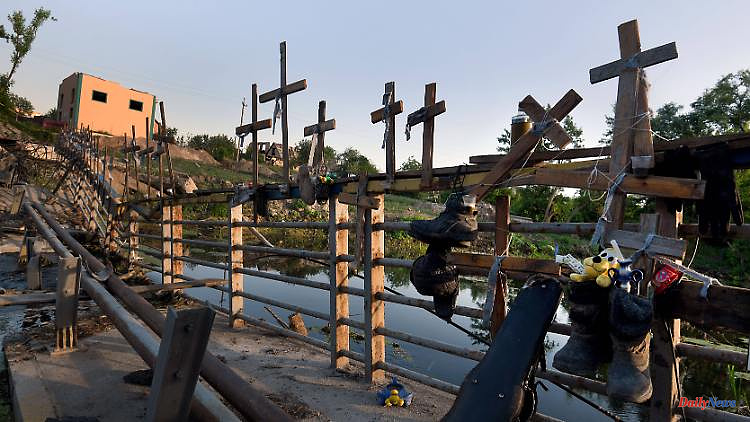 While fierce artillery battles continue to rage in eastern Ukraine, the number of civilians killed in the Kiev area continues to rise. Meanwhile, the federal government is preparing individual countries for a possible gas emergency - and the Russian oligarch Abramovich is going before an EU court.

According to its general staff on Sunday evening, the Ukrainian army repulsed Russian attacks in the Donbass near the cities of Sloviansk and Bakhmut. The administration reported artillery shelling more than 50 times from the Sumy region in northern Ukraine, and the city of Nikopol in the Dnepropetrovsk region was also shelled.

Meanwhile, according to Ukrainian sources, 1,346 civilians have been found dead in the Kiev area since the end of the Russian occupation there. The police chief of the region, Andriy Nebytov, gave this number on Ukrainian television. The police found murdered civilians in all places where Russian troops had been. The number is not final. There is still no trace of around 300 people.

After the attack on Ukraine on February 24, Russian troops advanced close to the capital Kyiv. When they had to withdraw at the end of March, hundreds of dead Ukrainian men and women were found in places like Bucha and Irpin. Everything indicates that they were murdered by Russian soldiers.

Dissatisfaction with the turbine remains

The turbine dispute is driving a wedge between Ukraine and one of its key military backers. Zelenskyy said Kyiv will not accept Canada's decision to return the turbine to Russia via Germany. After the conversation with Trudeau, he wrote on Twitter that the position on sanctions must be principled. "After the terrorist attacks on Vinnytsia, Mykolayiv, Chasiv Yar and others, the pressure must be increased, not decreased." He was referring to Russian rocket attacks in Ukrainian cities far from the front, killing dozens.

The Russian energy company Gazprom has significantly reduced gas deliveries through the Nord Stream 1 pipeline to Germany since June, citing the lack of a turbine as the reason for this. With the return, Canada wants to help Germany and other European countries against impending energy shortages.

Ukraine says it has sold $12.4 billion worth of gold reserves since the war began on February 24. This should ensure that Ukrainian importers are still able to import the goods that the country needs, says Deputy Governor of the Ukrainian central bank Kateryna Roschova.

Russian oligarch Roman Abramovich has filed a lawsuit in the European Union General Court. This is reported, among other things, by the “Wall Street Journal”. Abramovich is demanding that the EU lift the sanctions imposed on him and transfer over a million dollars in damages to his charitable foundation. He and other Russian oligarchs who are also suing have complained that their rights have been violated and reject accusations by Western governments that they have close ties to the Kremlin.

According to a report in the "Bild" newspaper, the federal government is expecting an emergency in the gas supply in individual federal states. The head of the chancellery, Wolfgang Schmidt, informed the heads of the state chancellery of the federal states in a switching conference that after the maintenance work on the Nord Stream 1 pipeline, the government is assuming that gas supplies from Russia will be reduced again, citing pretexts.

Without emergencies, the German government believes that Germany can only get through the winter if Russia should deliver more than 40 percent of the agreed amount of natural gas. The government sees this as unrealistic, according to the "Bild" newspaper.

CSU: Bundeswehr must be able to contribute to deterrence

From the CSU's point of view, the Bundeswehr should be upgraded in such a way that it can contribute to a "policy of deterrence" in NATO. This emerges from the draft resolution of the CSU state group for their summer retreat beginning on Wednesday, which is available to "Münchner Merkur". "Putin's brutal war of aggression shows that effective foreign policy needs deterrence - and that includes a clear commitment to nuclear sharing," said Alexander Dobrindt, head of the regional group.

TV journalist Marina Ovsyannikova was temporarily arrested near Moscow on Sunday. Photos were posted on her Telegram channel that allegedly show her being taken away by police officers in a minibus. In the night of Monday, the civil rights portal "OVD-Info" reported, citing lawyer Dmitri Sachvatov, that she was free again.

Ovzyannikova posted photos on Friday of her standing with a protest poster within sight of the Kremlin. "Putin is a murderer," read the poster. The Russian state television employee, who had previously been loyal to the line, showed a protest poster against the war in a live broadcast in March. In the Polish capital of Warsaw, Ukrainians and Poles protested against the war in front of the Russian embassy on Sunday. 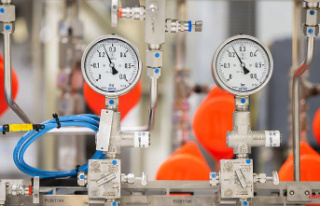