The Ukrainian army remains under heavy pressure in the far east of its front against the invading Russian forces. 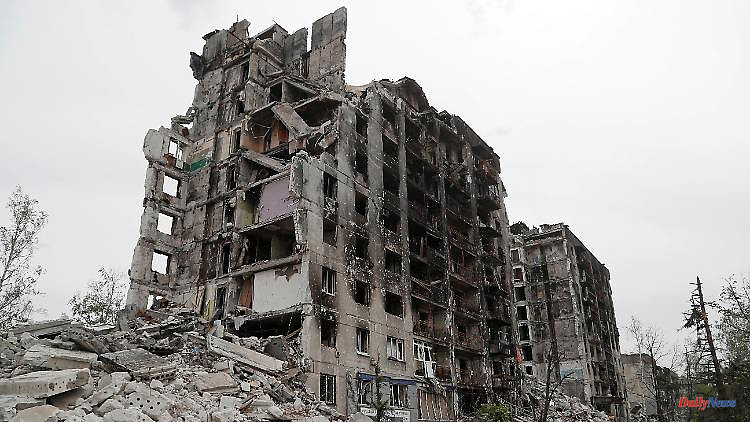 The Ukrainian army remains under heavy pressure in the far east of its front against the invading Russian forces. President Volodymyr Zelenskyy described the situation in the Donbass as very difficult in view of the Russian attacks. Moscow used a maximum of artillery and reserves there. The Ukrainian army is defending the country with all currently available resources. "We are doing everything to strengthen the army," assured the President. As far as the currently fiercely contested places in the Donbass are concerned, he showed himself combative. "If the occupiers think that Lyman and Sieverodonetsk will be theirs, they are wrong. Donbass will be Ukrainian." If Russia brings destruction and suffering, Ukraine will restore any place. Only the Ukrainian flag will fly there - and no other, Zelenskyj emphasized.

Because of the Russian war of aggression, the Ukrainian Orthodox Church of the Moscow Patriarchate declared its "complete autonomy and independence" from Moscow. The church in Kyiv said it disagreed with the position of Moscow Patriarch Kirill. Condemn the war and appeal to Ukraine and Russia to continue the negotiation process. Kirill, head of the Russian Orthodox Church, stands firmly behind Russian President Vladimir Putin. Most recently, the pressure within the Church in Ukraine to break away from Moscow had increased. Priests had even called for a church tribunal against Kirill. In terms of number of congregations, the Ukrainian Orthodox Church of the Moscow Patriarchate is the largest of the three mainstream churches in Ukraine.

Dead and injured in Russian attacks

Ukraine blamed Russia for the deaths of five civilians in the government-held part of the Donetsk region in the east of the country. "Today Russians killed five citizens of Donbass and wounded four others," oblast governor Pavlo Kirilenko wrote on Telegram.

In addition, Ukrainian media reported attacks in the Kharkiv area. The governor of Luhansk, Serhiy Hajday, spoke of a difficult situation in the embattled city of Sieverodonetsk. You have enough resources to hold the defense. However, it could be that the Ukrainian military will withdraw for tactical reasons.

The Ukrainian state-owned company Naftogaz and the state network operator are appealing to Germany to stop Russian gas deliveries through the Nord Stream 1 pipeline or at least to curb them noticeably. The line through the Baltic Sea was allowed, among other things, to secure Europe's gas supply, said CEO Serhij Makohon on Ukrainian television. "But we see that Russia is completely violating these principles." He is therefore calling on the Federal Ministry of Economics and the Federal Network Agency to suspend deliveries or at least severely limit them.

"If the Ukrainians are not given the weapons they are requesting, there will soon be fighting around Kyiv again," Mikhail Khodorkovsky told the "Bild". He thinks Western politicians are most afraid of Russian President Vladimir Putin. "They believe they are not at war. That's why they also believe that supplying certain weapons could lead to an escalation or turn them into a war party." Khodorkovsky called this a "very stupid attitude" because, from Putin's point of view, Western politicians and countries are already at war with Russia.

1 "Eyeballs fall out of the head": Newly made... 2 22 percent discount: Apple with a 12 percent chance 3 Unspeakable greed in times of war: The perversity... 4 It comes to the do-or-die game: Celtics marvel at... 5 Registration soon at full speed: France is dismantling... 6 The impossible has already been accomplished: Alaba's... 7 Baden-Württemberg: Hermann: Special assets also for... 8 Baden-Württemberg: 22-year-old comes off the road... 9 Baden-Württemberg: 15-year-old seriously injured... 10 War divides believers: Ukrainian Orthodox Church breaks... 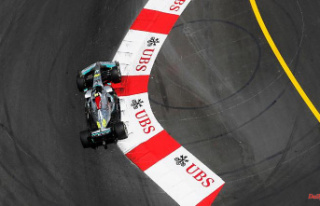 "Eyeballs fall out of the head": Newly made...