The night of the war at a glance: Ukraine reports shelling of Zaporizhia - Russia sets up sea passage from Mariupol

Russia's major offensive in the Donbass is causing massive problems for Ukraine. 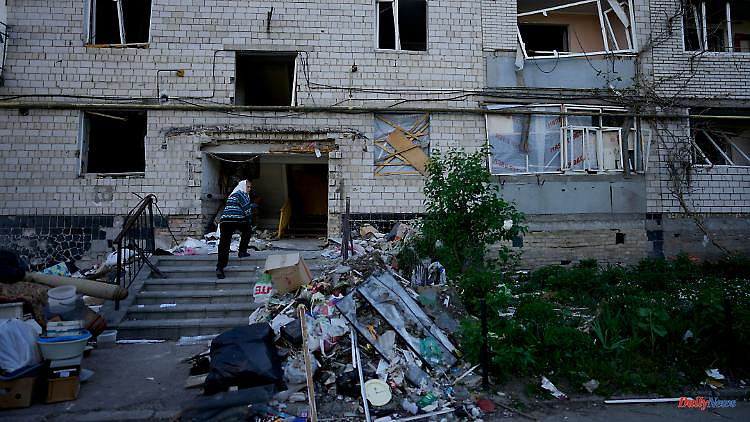 Russia's major offensive in the Donbass is causing massive problems for Ukraine. After days of shelling, Luhansk is almost entirely in Russian hands. But new attacks are also being reported from the south of the country - rockets are said to have hit the city of Zaporizhia. Meanwhile, Moscow wants to open a mine-cleared sea route from Mariupol to the Black Sea today. And Gerhard Schröder makes it clear that he will not move to Gazprom's supervisory board.

The city of Zaporizhia in eastern Ukraine has been hit by several rockets, according to authorities. "Today, May 25, at 05:13, Russian forces fired four ballistic missiles at Zaporizhia," the oblast administration announced on its Telegram channel. One of the missiles was intercepted by air defenses. The rescue workers are on site to get an idea of ​​the situation, the damage and possible victims of the attack.

With massive artillery and air strikes, Russian troops have driven the Ukrainian defenders out of several towns in the east of the country in the past few days, and the Ukrainian front is beginning to falter. For Moscow, the complete conquest of the Ukrainian administrative regions of Donetsk and Luhansk is an important war goal. In Luhansk, this goal has almost been achieved. "The Russian army is throwing all its forces into this attack," Zelensky said in his video speech on Tuesday evening. He listed the cities of Lyman, Popasna, Sieverodonetsk and Sloviansk. "The occupiers want to destroy everything there." It will take great efforts on the part of the Ukrainian people to overcome the Russian superiority in armaments and technology. According to the administration, 15 civilians were killed within 24 hours in the Donetsk region alone. Zelenskyy renewed the request for heavy weapons such as rocket artillery, tanks or anti-ship missiles. "This is the best investment in maintaining stability in the world," he said.

The Ukrainian Ministry of Defense also spoke of a difficult situation in the Donbass coal and steel region. Apparently, the Russian army wants to encircle Ukrainian units in the cities of Sievjerodonetsk and Lysychansk, said spokesman Olexander Motusyanyk. Both cities had about 100,000 inhabitants before the war. The Ukrainian defenders there are supplied via a single road. This has now come under fire from Russian artillery and mortars, wrote expert Nikolay Mitrokhin in the magazine "Osteuropa".

In their latest analysis of Ukraine, military experts from the US war research institute Institute for the Study of War (ISW) report that the Russian military is concentrating forces from various directions in the heavily contested Luhansk region. The reserves needed for an offensive would be withdrawn from the areas around Kharkiv, Izyum, Donetsk and Zaporizhia. In the last week, the Russian troops in the Luhansk region managed to gain more territory than in the whole of May, the analysts said. In the region, Russian troops and their pro-Russian separatist allies now control 90 percent of the territory. The Ukrainian military holds the agglomeration between the cities of Sieverodonetsk and Lysychansk. According to the ISW analysis, Moscow's intention is to encircle several small Ukrainian units in the area at the same time. However, despite the progress made, the Russians have not yet achieved a "major breakthrough".

According to military information, Russia wants to set up a safe sea passage from the conquered Ukrainian port of Mariupol through the Sea of ​​Azov as of today. The mine-cleared route towards the Black Sea is 115 nautical miles (213 kilometers) long and 2 nautical miles wide and navigable from 8:00 a.m. local time (7:00 a.m. CEST). At the same time, the damaged port infrastructure of Mariupol will be repaired. The last Ukrainian defenders of the city laid down their weapons at the end of last week, and Mariupol itself has been largely destroyed. According to Russian information, around 70 foreign ships from 16 countries are still stuck in the ports controlled by Ukraine on the Black Sea coast.

Gazprom nominated Schröder for a post on the supervisory board in early February - shortly before the attack on Ukraine. In an interview with the "New York Times" in April, the former SPD leader left open whether he would accept the nomination. Now he explained that he had rejected the post a long time ago. Schröder has been heavily criticized in recent months for his connections to Russia. The former chancellor maintains a friendship with Kremlin chief Vladimir Putin and has held various positions in the Russian energy industry over the years: a seat on the supervisory board of the oil company Rosneft and activities for the Gazprom subsidiaries Nord Stream and Nord Stream 2. Last Friday, Rosneft announced that that Schröder resigns from the supervisory board. 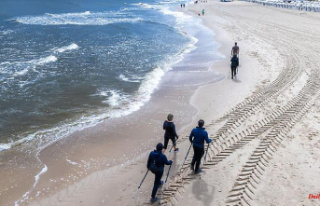