The night of the war at a glance: violent explosions shake Kyiv - Zelenskyj calls for UNESCO to be kicked out

Air raid sirens are wailing across much of Ukraine. 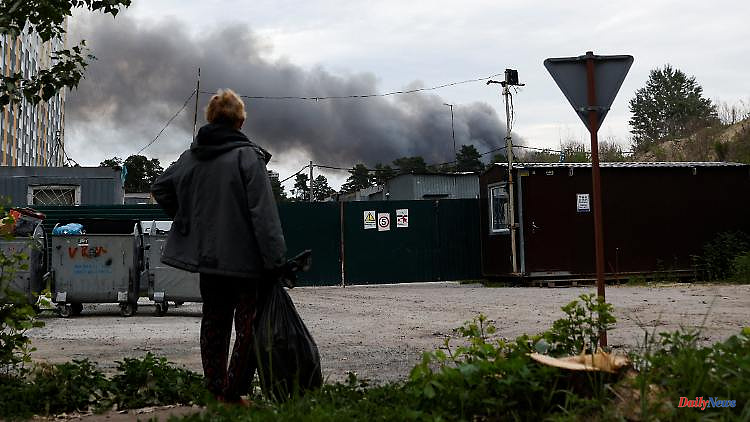 Air raid sirens are wailing across much of Ukraine. Strong explosions shake Kyiv. Since Russian troops are also destroying cultural heritage on a massive scale, Zelenskyy demands that Russia be kicked out of UNESCO. In two video messages, the Ukrainian President describes Russia as a barbaric state that doesn't even stop at cultural heritage. Meanwhile, the fighting continues.

The Ukrainian capital Kyiv was rocked by explosions in the morning. "Several explosions in the districts of Darnytsky and Dniprovsky," Kiev Mayor Vitali Klitschko said on Telegram. "The emergency services are in the process of putting it out." An eyewitness reports that smoke can also be seen in the city after the explosions. Earlier, air raid sirens could be heard across much of Ukraine, including in the Kyiv region.

In view of the massive destruction of cultural heritage by Russia's war of aggression against Ukraine, Ukraine's President Volodymyr Zelenskyy has emphatically called for Moscow's exclusion from UNESCO. "UNESCO is no place for barbarians," Zelenskyy said in his video address. Russian troops would destroy cultural monuments, churches and other religious sites en masse. That is reason enough to exclude the country from the cultural and educational organization of the United Nations. 113 churches have already been destroyed or damaged. Russia is a "terror state" that is destroying historical heritage with its artillery.

Since the war began on February 24, Russia has already fired more than 2,500 rockets at Ukraine, Zelenskyy complained. "Our heroes stand their ground and do whatever it takes to inflict maximum casualties on the enemy." Referring to the focus of the fighting in Donbass in eastern Ukraine, the head of state said the day will come when Russia will leave the area alone. Only the command of one person is decisive for this, he said, without naming Kremlin chief Vladimir Putin in Moscow.

Selenskyj and the Ukrainian general staff reported heavy fighting, especially in eastern Ukraine. There is a focus in the Luhansk region with the heavily contested administrative center Sievjerodonetsk. Bloody street fighting continued, Zelenskyy said. The Ukrainian armed forces want to continue to prevent Russian troops from taking complete control there. If the city falls, Russia would have achieved an important war goal: complete control of the Luhansk region. Russian airstrikes in the region were also reported.

First report of Germans killed on the Ukrainian side

For the first time, Ukraine officially informed about the death of a German volunteer fighter in the fighting. The International Legion for the Defense of Ukraine announced in Kyiv that three volunteers from France, Australia and the Netherlands were among the "fallen brothers in arms". The names of the four men were also included in the statement, but not the time or place of their deaths. The Foreign Office in Berlin said the embassy in Kyiv was trying to find out more and was "in contact with the Ukrainian authorities who have spread the relevant news."

Zelenskyj had called on volunteers from all over the world to join the fight against the Russian army. For this purpose, the Legion was founded, which is now actively recruiting. The Russian military repeatedly reports the "annihilation" of mercenaries, and according to Moscow figures, the number of foreigners killed is in the thousands.

Exchanged bodies for the first time

According to authorities in Kyiv, Ukraine and Russia have handed over the bodies of 160 soldiers to the other side. The exchange took place on June 2 along the front line in the Zaporizhia region, it said. According to Ukrainian information, negotiations on the exchange of prisoners of war are still ongoing on both sides. Thousands of Ukrainian fighters are in Russian violence, including the defenders of Mariupol, who held the fort there at the Azovstal steel plant until Kyiv gave up the city in May.

In Russia, according to the Bryansk region, a village on the border with Ukraine has again been shelled from the neighboring country. When the village of Sluchevsk was shelled, a man was injured and two houses caught fire. This was announced by the governor of the region, Alexander Bogomas, in his Telegram news channel. He accused Ukrainian forces of shooting at the village. The injured resident had to be taken to a hospital. The fires have been extinguished.

In a video message, Zelenskyy accused Russian forces of shelling and setting fire to a large wooden church in Svyatohirsk. Pictures showed that the building with the onion domes was ablaze. The Russian Defense Ministry denied the allegations and accused the Ukrainian armed forces of having fired themselves.

While their home country is suffering from the Russian war of aggression, the Ukrainian national team is just one win away from qualifying for the World Cup in Qatar at the end of the year. In order to achieve this big goal, the team around the former Dortmund Bundesliga professional Andrij Jarmolenko must defeat Wales from 6 p.m. in Cardiff. It's about the last European ticket for the World Cup - and also about strengthening the national pride of the Ukrainians and the morale of the soldiers through success on the international stage. Ukraine had reached the final of the playoffs with a 3-1 win in Scotland. It was the first competitive game since the beginning of the war. Should Ukraine qualify, they would face England, Iran and the USA in Group B of the World Cup preliminary round. 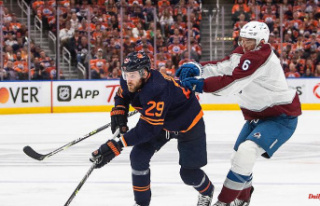