The night of the war at a glance: Zelenskyj accuses Russia of "information terror" - the Kremlin could attack the entire Kharkiv Oblast

Ukrainian President Volodymyr Zelenskyj has complained about a targeted "information terror" from the Russian side, against which his compatriots would have to arm themselves emotionally. 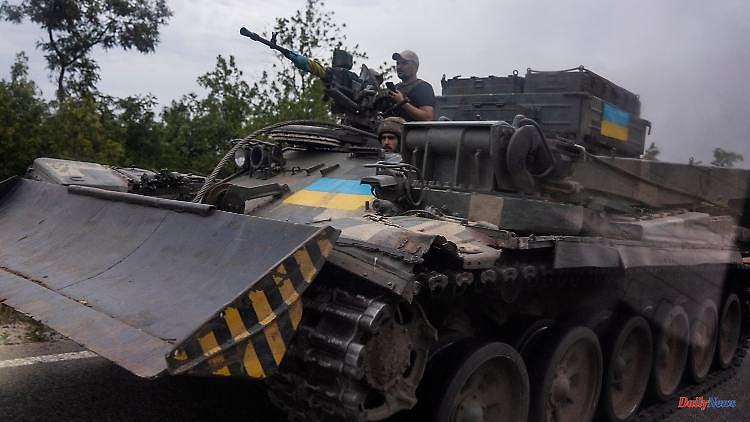 Ukrainian President Volodymyr Zelenskyj has complained about a targeted "information terror" from the Russian side, against which his compatriots would have to arm themselves emotionally. Meanwhile, the head of the Kremlin, Vladimir Putin, may have ordered the conquest of the entire Kharkiv region, the US think tank ISW suspects. Shortly before, the Ministry of Defense in Moscow had announced that it wanted to expand the attacks again almost five months after the invasion of Ukraine.

Zelenskyy accuses Russia of deliberately using fake news as a weapon in the war against his country. The Ukrainians need "a kind of emotional sovereignty" in order not to play this "information game", he said in his daily video address. Untruths, for example about allegedly prepared rocket attacks, only had one purpose: "to supplement the rocket and artillery terror against our state with information terror".

The President also spoke of initial successes in recapturing Russian-occupied territories. "We have already managed to liberate part of the territory occupied after February 24," said Zelenskyy. "We will gradually liberate other regions of our country that are currently occupied."

ISW: Entire Kharkiv area in focus of the Kremlin

After Russia announced that it would intensify its attacks on Ukraine after an operational pause, the US think tank ISW (Institute for the Study of War) based in Washington D.C. assumes that the Russian armed forces could, on orders from the Kremlin, attempt to conquer the entire Kharkiv Oblast - despite relatively slim chances of success. On Saturday there was a Russian air raid on the city of Chuuiv in the region. A 70-year-old woman was killed. A residential building, a school and a shop were damaged.

According to information from the ISW, the HIMARS rocket launchers supplied by the USA are probably partly responsible for a weakening of the Russian artillery in the Donbass. Attacks on Russian ammunition depots, logistical elements, and command and control structures would likely impair Russian artillery's ability to sustain intense artillery fire along the Sloviansk-Bakhmut front line.

However, the use of HIMARS is only one factor in this development. According to the ISW, the coming days will show whether the reduction in Russian artillery fire is actually a result of Ukrainian attacks, or whether it is simply related to the attackers' operational pause in Donbass.

Despite the loss of Russia as a sales market, the US aircraft manufacturer Boeing expects greater demand for new jets in the next ten years than recently. About 19,575 new passenger and cargo planes are expected to find their way to customers between 2022 and 2031, Boeing said. This is a little more than 2021 predicted for ten years - although Boeing had calculated 710 aircraft for Russian airlines.

Because of the Western sanctions against Russia as a result of the Ukraine war, Western aircraft manufacturers and suppliers are no longer allowed to deliver machines and parts to Russia. In addition, Russia has not returned hundreds of aircraft leased abroad to their owners for months, so that the market for Airbus and Boeing has practically disappeared from today's perspective.

The Chair of the Defense Committee, Marie-Agnes Strack-Zimmermann, has called on Chancellor Olaf Scholz to convene a "National Ukraine Conference" as soon as possible. In a letter from the FDP politician to Chancellor. The FDP politician is calling for a meeting at which representatives from politics and the Federal Chancellery, the armaments industry, the trade unions and the Bundeswehr sit around a table and coordinate further steps.

What will be important this Sunday 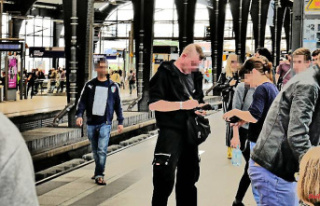 Initiative of the Minister of Justice: Fare evasion...