The night of the war at a glance: Zelenskyj wants to evacuate Donbass - Azov commander threatens Russia 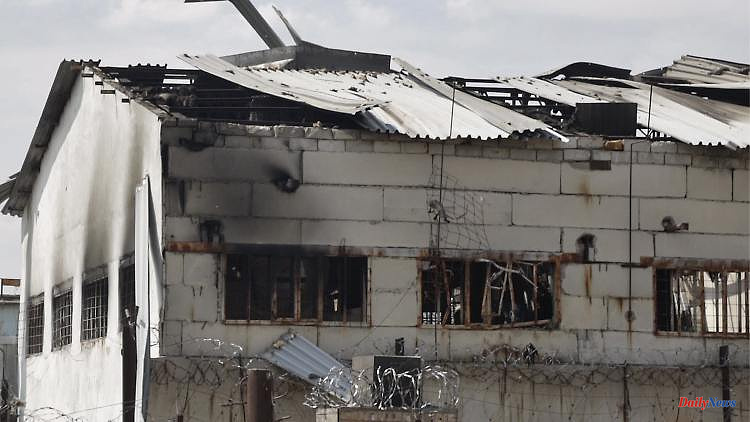 Ukrainian President Volodymyr Zelenskyy calls on Donbass residents to flee. "The more people leave the region now, the fewer people the Russian army will kill." In the case of more than 50 killed Ukrainian prisoners of war, Kyiv and Moscow call on the International Committee of the Red Cross to act. An Azov commander speaks of a "public execution with impunity by Russia" and threatens those responsible. Kyiv says that "miraculously" no Russians were injured in the attack.

President Zelenskyy has asked residents of the Donetsk region to leave the region in eastern Ukraine. "Please evacuate," he said in a video address. "At this stage of the war, terror is one of Russia's main weapons." "The more people leave the region now, the fewer people the Russian army will kill," the president said. Local authorities would help with the evacuation, the president promised. "We are not Russia. We will do everything to save as many lives as possible and to limit Russian terrorism as much as possible."

Vice Prime Minister Iryna Vereshchuk had previously announced the forced evacuation of the entire population of the Donetsk region. People have to get to safety before the heating season because the gas networks have been destroyed, Vereshchuk said on Ukrainian television. Thousands of civilians, including children, are said to remain in the heavily contested area.

After the attack on a prison in eastern Ukraine that killed dozens, Ukraine is calling on the UN and the International Committee of the Red Cross (ICRC) to act. Zelenskyy appealed to both organizations: "You have to protect the lives of hundreds of Ukrainian prisoners of war." According to Ukrainian sources, Russia is responsible for the attack.

Selenskyj called the shelling of the detention center in Olenivka in eastern Ukraine, which is occupied by pro-Russian separatists, a "deliberate mass murder of Ukrainian prisoners of war". The UN and the ICRC, which "guaranteed the life and safety of our soldiers" when the fighters withdrew from the Azov steelworks in the port city of Mariupol, must now react. Many fighters from the Azov regiment, which surrendered in May, were in the prison. According to Selenskyj, more than 50 Ukrainian prisoners of war were killed in the attack on Friday, Moscow spoke of 50 dead and 73 seriously injured on Saturday.

The Ukrainian Human Rights Commissioner Dmytro Lubinets also asked the ICRC to demand access to the prison that was shelled. So far, however, the ICRC has not been granted this, said Lubinez on television. But there are already indications that it was a "planned Russian military operation" and that the explosion took place "inside the prison," said Lubinets. Among other things, the attacked building had previously been built separately. A nearby barracks was not affected by the attack. Even the windows there were undamaged, and Russian soldiers were "miraculously" not injured.

Russia is also calling for an investigation

According to Russia, experts from the United Nations and the Red Cross were invited to investigate the circumstances surrounding the shelling of the prison. Russia wants an independent investigation, the Defense Ministry said. Moscow on Friday spoke of Kyiv hitting the prison with US-supplied missiles to deter Ukrainian soldiers from surrendering to Russia. The Defense Ministry in Moscow held Zelenskyy personally "politically and morally" responsible for the attack on Saturday.

The interim commander of the Azov regiment, Mykyta Nadtochy, said in a video message that the regiment viewed the attack as a "public execution with impunity by Russia." Those responsible "wherever they are" would be found and brought to their "just punishment". The Azov regiment is a former far-right unit that has since been integrated into the Ukrainian army. Russia calls the regiment a neo-Nazi organization.

According to Ukrainian sources, the Russian army continued its attacks. According to Mayor Oleksander Senkevich, explosions caused by cluster munitions could be heard overnight in southern Mykolaiv. This is reported by "Kyiv Independent". The mayor therefore asked the residents to stay in shelters.

Cardinal: Putin is sinning against Christianity

Cardinal Gerhard Ludwig Müller, meanwhile, has sharply criticized Russia's President Vladimir Putin. As a Christian, he bears particular guilt for the war crimes he committed in Ukraine. "Hitler and Stalin had no conscience, but Putin crossed himself in Christ the Redeemer Church," said the former prefect of the Roman Congregation for the Doctrine of the Faith in Rome. "By doing so, he sins against Christianity." There was no justification for the Russian invasion of Ukraine, emphasized Müller. "Putin is responsible for the most terrible crimes, crimes against innocent men, women and children. Unfortunately, we still have people who defend him."

This will be important today: 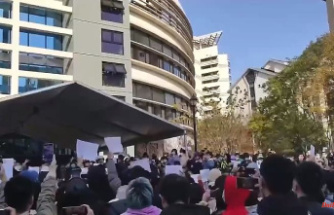 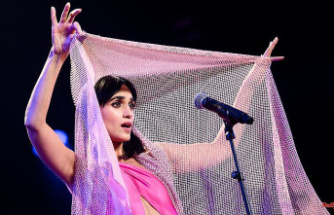 Uprising against the mullahs: A song from Israel becomes the soundtrack of the Iran protests 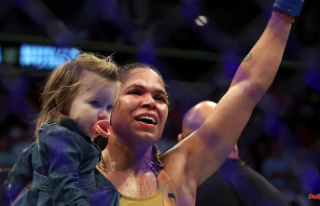