The SPD, the crisis and the election: "We're all afraid, Mr. Weil!"

Energy prices and inflation are worrying people in the country more than they have in a long time. 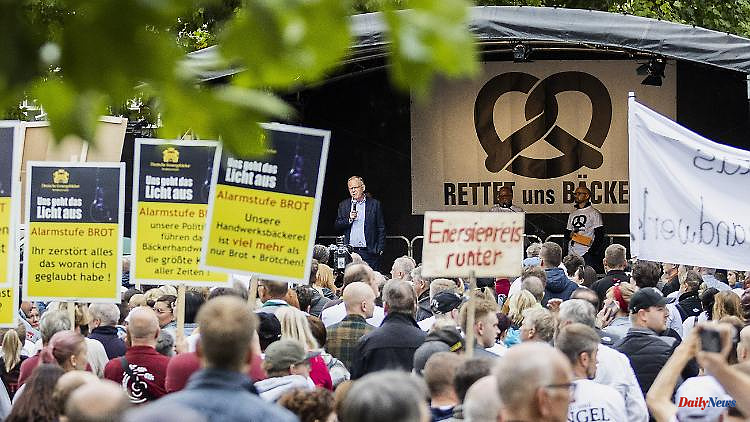 Energy prices and inflation are worrying people in the country more than they have in a long time. In the midst of this crisis, the SPD, which governs the federal government, wants to defend the governance in Lower Saxony. Prime Minister Weil and SPD leader Klingbeil are trying to gain trust, partly because they lack concrete solutions.

At least the delicious crumble cake cheers up Stephan Weil a bit. The Prime Minister of Lower Saxony is sitting in Godi's bakery in Hildesheim-Ochtersum and looks just as serious on this Monday morning as his two counterparts, bakery owners Godehard Höweling and Axel Oppenborn from the Lower Saxony bakers' guild. "We need the support now, otherwise there will be a huge death of bakers," says Höweling.

Every corner is on fire: Höweling's supply contract for his gas oven expires at the end of the year. Oppenborn knows what threatens Höweling from his own experience: the monthly gas deduction for his own bakery has already increased almost tenfold to 27,000 euros. Electricity, flour and butter prices are also going through the roof while inflation erodes customers' purchasing power. The bakery trade looks into the abyss and with it countless other medium-sized companies in the country.

Entrepreneurs are currently ringing the bell in politicians in all federal states and municipalities, sounding the alarm and demanding answers. And then there's the election campaign in Lower Saxony. Social Democrat Weil wants to be elected head of government for the third time in a row. The SPD, which governs the federal government, must defend the country at all costs, otherwise it will be even more uncomfortable in Berlin than it already is. "I'm currently experiencing, I have to be honest, the most difficult election campaign I've conducted in my life," says Weil in an interview with ntv.de. He had never "seen so many question marks on the faces of the citizens". And Weil, the Prime Minister with the short connection to his comrade in the Chancellery, is the man who is supposed to give them answers.

It's not easy for him: neither the energy prices nor political countermeasures are made in the state chancellery in Hanover. So, according to Weil, he "dedicated himself massively to the interests of the citizens" in Berlin. Five weeks before the state elections, the traffic light coalition finally laboriously agreed on a package of measures, which Weil now explains to the two worried-looking bakers, above all the electricity price brake. But what will happen when and how exactly, not even Olaf Scholz can say. And the gas? There is now this commission that has to deliver quickly. For Weil it is inconceivable that the state would not do everything it can to prevent a wave of insolvencies, as in the banking crisis, in the pandemic. Until the instruments of the federal government take effect, he wants to support municipalities with state funds in setting up hardship funds for people and companies in need.

"I'm extremely problem-aware," says Weil, and assures the two bakers: "You can rely on me." Then it's on to the next appointment. Before visiting the bakery, Weil asked a municipal housing association to explain how the skyrocketing prices, shortage of skilled workers and delivery problems are slowing down housing construction. The same in Weyhe and Osnabrück: Everywhere he encounters questions about energy prices and inflation - from pensioners and students, from entrepreneurs and employees. "Our state and our democracy are facing the greatest test I can remember," says Weil at the end of the day. "We have to prove that we deserve people's trust."

But Weil's idea of ​​​​municipal hardship funds raises questions, at least for Wilhelmshaven's mayor, Carsten Feist: "No municipality has budgeted money for this," says the non-party Feist. Feist fears that if money from the current budget can be reallocated to the hardship fund, it "won't have much of a dampening effect." The group of people and companies who urgently need help before the turn of the year could far exceed the municipal funds. It is also questionable whether the local energy suppliers will voluntarily pay into the hardship fund, as suggested by Weil, while their purchase prices are going through the roof and there is a risk of customer defaults.

Meanwhile, the price jumps are also hitting the cities and municipalities to the core: Feist calculates that Wilhelmshaven will probably have to spend 10 million euros on municipal energy costs in the coming year instead of the previous 5 million. At the same time, Feist has to prepare his administration to process a large number of previous housing benefit applications in the future, and to do it quickly: the housing benefit expansion announced by the traffic light on September 4 should and will probably also lead to a sharp increase in demand. Cities that don't have a bed of roses like Wilhelmshaven, where a comparatively large number of unemployed people and people on low incomes live after the industrial upheavals of the past decades, are facing immense challenges as a result of the energy crisis. The cities and municipalities are the first face of a solidary state that the Chancellor promised: "You'll never walk alone!"

As a die-hard FC Bayern fan, Lars Klingbeil would not have thought of quoting the football anthem sung by Borussia Dortmund fans. But the SPD national chairman, who comes from Lower Saxony, is also urging people in his home country to trust the SPD-led federal and state governments. On Wednesday he was in contact with local entrepreneurs, on Thursday evening he will be in Oldenburg to talk to interested people. Klingbeil makes no secret of the fact that the medium-sized companies, who feared for their economic survival, left a lasting impression on him. He doesn't have any binding commitments to help either. The federal government will "take inconceivable amounts of money to cushion the impact," he told the approximately 50 men and women who came to the Wrede Theater in Oldenburg to take part in the "Klingbeil in Conversation" format.

They learn that from Klingbeil's point of view, it is not the ministers of his party who are currently holding the brakes. "It's incredibly entertaining when, like Mr. Habeck and Mr. Lindner, you tell each other what the other is doing wrong. But that doesn't get the country any further." But it also means that it is not the Social Democrats who are currently in a key position and who shape the image that people have of the federal government - including the people of Lower Saxony before their election decision. Stephan Weil, who is popular in Lower Saxony, is reasonably well ahead in the polls with his SPD. But the party cannot be sure that the election campaign of CDU top candidate Bernd Althusmann, which specifically attacks the traffic light in Berlin, will not overthrow everything in the last few meters.

When Stephan Weil is in Weyhe early Monday afternoon, there is something sweet again: "Eis mit Weil" is the name of the event, to which two dozen listeners have come. In the middle of the working day, it's mostly pensioners, and they're still angry because they weren't considered for the second relief package in spring and didn't get paid the equivalent of the energy price premium. Weil was the first SPD Prime Minister to recognize the mistake and publicly named it as such, but it was too late. So Weil now explains that the federal government has just decided on the 300 euros per pensioner and praises a policy that is capable of self-correction.

Petra Piening is also among the ice cream eaters. The 54-year-old is a works council member at a regional bakery chain and asks her Prime Minister how the federal government's relief package will help her employer survive. The workforce is worried about what will become of the more than 350 jobs if the furnace should one day go out - literally. Weil patiently explains how the planned price cap for the basic electricity supply will work and what the commission responsible for the gas price could bring. "It has to come quickly," Piening warns to hurry. "We're all afraid, Mr. Weil."

1 "Fear is spreading": More and more residential... 2 Despite the threat of recession: German industry with... 3 Trust destroyed: Because: "Nord Stream 2 will... 4 IPO on September 29: VW wants to offer Porsche shares... 5 Beijing has a chip problem: how the US wants to thwart... 6 "Not only in October": Bundesbank boss Nagel... 7 Trial begins on October 17: what Musk's dispute... 8 Water stays still: Carbon dioxide is running out 9 Big trouble in summer: Many customers complain about... 10 Delayed price shock: This is how economists arrive... 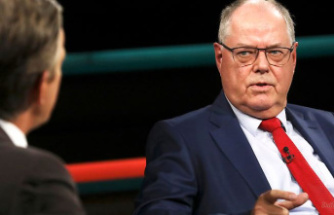 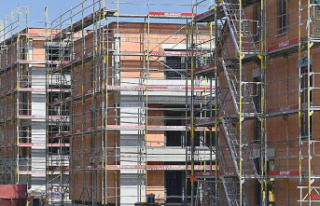