The successor should be a matter for the federal states: Wissing: the federal government financed the 9-euro ticket "once".

What comes after the 9 euro ticket? One for 29, 69 or 365 euros? There are many suggestions, but according to Federal Transport Minister Wissing, in the end the federal states have to see "how they want to finance it". 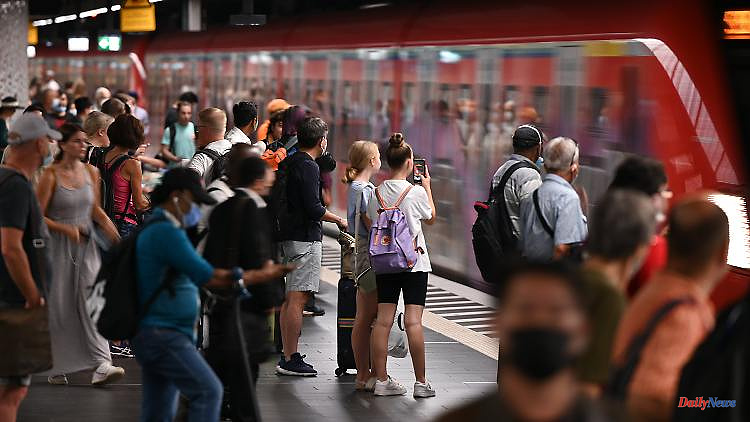 What comes after the 9 euro ticket? One for 29, 69 or 365 euros? There are many suggestions, but according to Federal Transport Minister Wissing, in the end the federal states have to see "how they want to finance it". The fact that this is not the task of the federal government is simply due to the constitution.

In the debate about a successor regulation for the popular 9-euro ticket, Federal Transport Minister Volker Wissing sees responsibility for further action by the federal states. Local public transport and its tariffs are clearly "a matter for the state," he said on ARD. The countries would therefore have to see “how they want to finance it”.

"I can't suddenly organize public transport from the federal side, specify the pricing or specify the tickets," said Wissing. This is "provided otherwise" in the constitution. The fact that the federal government financed the 9-euro ticket "once" for three months was a "savings suggestion" against the background of mitigating the effects of the Ukraine war. However, this too was only possible with the consent of the Federal Council.

Wissing went on to say that the procedure decided by the conference of transport ministers of the federal states would remain. According to this, "in the autumn there will be advice on how the structures of public transport should be repositioned". Now the federal states are "on the train," added the Federal Transport Minister in the ARD.

On Tuesday, the FDP politician had considered a follow-up offer for the 9-euro ticket at the end of the year or early 2023 to be possible. Data on the ticket should be available at the beginning of November, which should help with the evaluation, according to Wissing. "What are the experiences with it? What role does the price play? What role does the easy handling or the Germany-wide validity play?" It will be about such questions. "There's a lot of speculation, but you don't really know. That's why we need the results of the evaluation."

The 9-euro ticket, which is valid nationwide for local transport, expires at the end of August. In view of the high demand, calls for a follow-up regulation to relieve households in the face of high inflation and to promote the transport turnaround are increasing. There are various suggestions for monthly tickets for 29 euros or 69 euros or a 365-euro annual ticket. There are also critical voices. You believe that investments in the expansion of local transport are more important in the long term for increasing its attractiveness.

1 At a demo for abortion rights: Police arrest 17 US... 2 Replacement for Nord Stream 1: Germany looking for... 3 After the port workers' strike: ship traffic... 4 No canoe slalom without water: low water on the Lech... 5 Eleven injured, three arrested: Another brawl in the... 6 "Saved my life": For slum children, chess... 7 After leaving "heute-journal": Claus Kleber... 8 For his triplets: Bushido makes Steinmeier an honorary... 9 Before the start of filming of "The Queen":... 10 "What would happen to me today?": Cher opens... 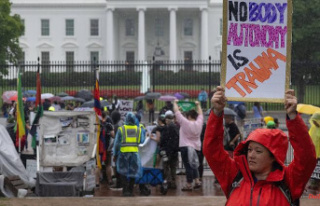 At a demo for abortion rights: Police arrest 17 US...