"Then we have to do it": Lukashenko orders the security forces to be mobilized

After relevant urgent procedures in the Russian parliament, preparations for mobilization are also under way in Belarus. 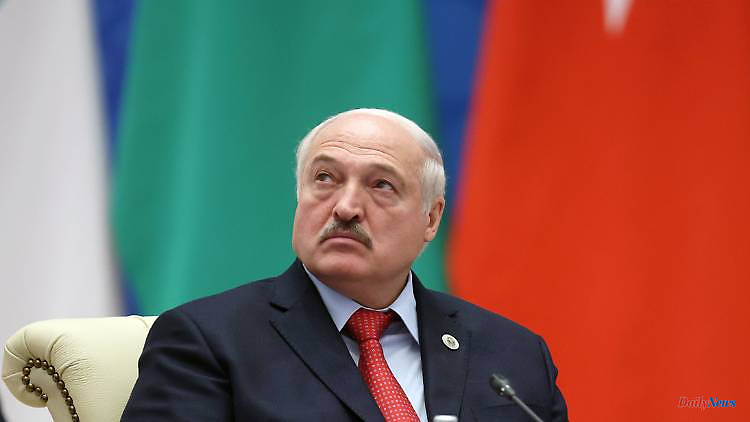 After relevant urgent procedures in the Russian parliament, preparations for mobilization are also under way in Belarus. Ruler Lukashenko is preparing the population for greater severity in times of martial law - and is threatening the opposition.

Against the background of the Russian war against Ukraine, the ruler of Belarus, Alexander Lukashenko, ordered the mobilization of all security organs and a further tightening of the laws. "If we have to put a military unit on alert under the laws of war, then we have to do it," Lukashenko said at a meeting with Secretary of the National Security Council Alexander Wolfovich, according to the Minsk state news agency Belta.

At the same time, the 68-year-old threatened the opposition and called for "society to be disciplined". He claimed that the opposition was planning a coup. There is a lack of discipline in the country, which must now be enforced by the authorities, said Lukashenko, who is often referred to as "Europe's last dictator". So far he has been the most important supporter of the Russian war of aggression against Ukraine. Belarus had also made its bases available for attacks on Ukraine.

Only in the morning did the Russian parliament make urgent legal changes that could indicate possible preparations for the imposition of martial law in the country. For example, the Duma determined that times of "mobilization" and "state of war" were particularly prone to crime. Among other things, the criminal law was tightened in the second and final reading, according to which the prison sentences for voluntary detention in captivity and for looting are significantly increased.

Independent and pro-Kremlin observers saw this as preparation by the Kremlin for the declaration of a state of war and mobilization. The State Duma also passed a law that would allow foreigners who enlist in the military to become Russian citizens more quickly.

However, after the defeat of Russian troops in the eastern Ukrainian region of Kharkiv, the Kremlin said in an initial reaction that there was no mobilization "at the moment". Russian President Vladimir Putin has said that Moscow hasn't even really gotten started there, given the war in Ukraine.

1 "It will be interesting": With the referenda,... 2 From Mönchengladbach to Leipzig: The unprecedented... 3 Zodiac Signs Everywhere: Is Astrology Experiencing... 4 He's one of the good guys: Google accidentally... 5 Sars-CoV-2 not the trigger: Are Alzheimer's and... 6 Saxony-Anhalt: German Kita Prize 2023: Kita from Aschersleben... 7 Secrets of choosing a hidden door 8 Traffic light coalition under pressure: only a minority... 9 Save or stop production?: This is how industry reduces... 10 Subscription period started: Demand for Porsche shares... 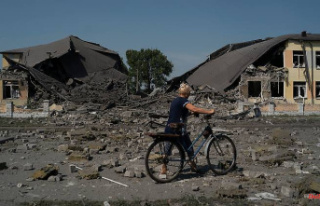 "It will be interesting": With the referenda,...