There is only one path to power: Liz Cheney could become Trump's nightmare

The US Capitol Storm Inquiry Committee is holding public hearings for a month. 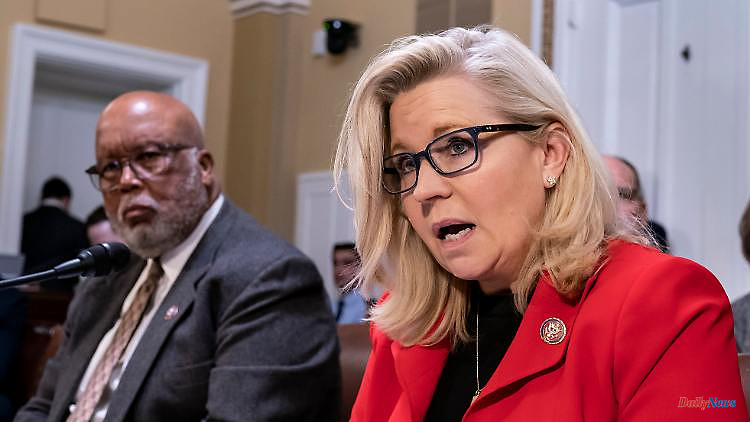 The US Capitol Storm Inquiry Committee is holding public hearings for a month. What is ex-President Trump's responsibility for the violence on January 6, 2021? Republican Liz Cheney makes a name for herself over her adversary, who in turn wants to eliminate her.

A reckoning of time is coming to an end in political Washington. The presidency of Donald Trump is still hanging like a cloud over the US capital, broken pieces are being cleared away, internal party struggles are being fought among the Republicans and at the same time attempts are being made to record for the history books what will eventually become the truth. The Congressional inquiry into the January 6, 2021 Capitol storm is now entering its final, most spectacular phase. For about a month, the politicians want to interview the most important witnesses in six televised hearings in the House of Representatives.

The committee has already interviewed more than 1,000 people. The investigations focus on two points: What plan did the attackers have? How much responsibility for the violence, the dead and the chaos does Donald Trump have? The answers are now presented in fragments on television. The first hearing, Thursday night local time, will address the role of the Proud Boys, the nationalist militia involved in the storming of the Capitol. One of the main characters in this public political theater is Co-Chair and Republican Liz Cheney. The 55-year-old is feuding with Trump, as is fellow Republican investigative committee member Adam Kinzinger.

While Kinzinger has already announced that he no longer wants to compete because of his frustration with the polarization and hostilities against him, Cheney has clearly distinguished himself through her opposition. Starting right after Jan. 6, she was one of 10 Republicans who voted to impeach Trump. Cheney's open confrontation has drawn the ire of the Trump wing, but also the public's attention. The party removed her from the caucus in the House of Representatives last year. Then her own regional association in Wyoming declared that it no longer considered Cheney a Republican.

Just as she has become a hate figure for Trump's supporters, she would be a trailblazer for the rest of the party to free Republicans from the ex-president's influence again. That's exactly what she intends to do: she said last year that she wanted to "be one of the leaders in the fight" to restore the party's earlier relationships. That includes withdrawing his support for Trump, which would favor a clear verdict from their committee of inquiry. He intends to present his final report in September.

Cheney now stylizes herself as nothing less than a defender of democracy. "We are at a point where we have to decide whether to put our love for our country before partisanship," she said a few days ago. "And for me there is no gray area." In "large parts of the Republicans" she observes a "cult of personality" around Trump. There are too many people in the party who have declared their loyalty to him and are therefore acting irresponsibly.

The timing of Cheney's public appearances, which begin now, is a bet on how Republican voters will perceive her. She will not be able to convince democrats with her critical attitude. Cheney is a Republican of the old school: tough on foreign and security policy, for a small state and low taxes. Some political strategists in Washington say her long-term strategy is to become president herself. In the event of possible competition with Trump, the fact that she is a woman could play into her hands – because they are more critical of the ex-president than men.

Without her father, she would hardly have gotten to where she is now: Liz is the daughter of Dick Cheney, Vice President under George W. Bush from 2001 to 2009. During this time, she made a meteoric career in the State Department - her father before he was also the boss of the State Department - and in other government agencies. A high-level position was created for her in the Ministry, where she was responsible for economic aspects in the Middle East. When the US invaded Iraq in 2003 based on falsified evidence and toppled the disgraced leader Saddam Hussein in Washington, Liz Cheney's position made her one of the key figures in the US's failed "nation building" plan. To this day, she defends the invasion of Iraq as correct.

A look back at Cheney's political career reveals an almost steady upward trend, paved by her family and by ambition. In 2014, Cheney tried unsuccessfully to run for Wyoming in the Senate. Two years later, she made it into Congress as a representative. The least populated state in the USA is a safe bet for Republicans. The last time a Democrat won the only seat in the House of Representatives was in 1977.

In the coming congressional elections in the fall, she will run for two more years in the House of Representatives, again against her internal party competitor Harriet Hageman. Trump wants to prevent Cheney's re-election as much as possible and disempower his opponent as much as possible. Two weeks ago, the ex-president therefore appeared at a campaign event in Wyoming to support Hageman. Cheney is spreading "a grotesquely false, made-up, hysterical, partisan story," Trump said.

Hageman and Trump have a good chance of succeeding. He did better than Cheney in Wyoming in both 2016 and 2020. That's an indication that his support could garner enough votes. The decisive primaries for the candidacy will take place in August. According to a May poll by a Republican polling agency, 26 percent would choose Cheney, but 56 percent would choose Hageman. But even if Cheney were to lose her seat, her clear positioning could pay off for her. She's well connected anyway, but she's now one of the most recognizable faces of Republicans.

It is very likely that Trump will run again in the upcoming 2024 presidential election. A large majority of Republicans would vote for it, according to polls. Cheney has not ruled out running for the 2024 candidacy. Then Trump's renewed path to power would only lead through them. The ex-president is probably too old for another term in the White House, at the latest after that his influence will dwindle and members of the loyal wing of the party will reorient themselves. If it doesn't come to that, Cheney has an unassailable advantage anyway: she has time. She is 20 years younger than Trump. 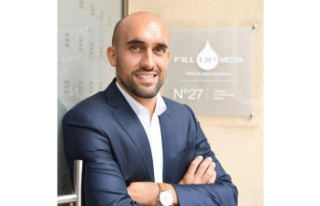 Metropolis Lyon. Fill Up Media is ready to go public