"They bomb and bomb": Lysychansk is under constant fire

Shells fell not only in Sievjerodonetsk, but also in the neighboring town of Lysychansk. 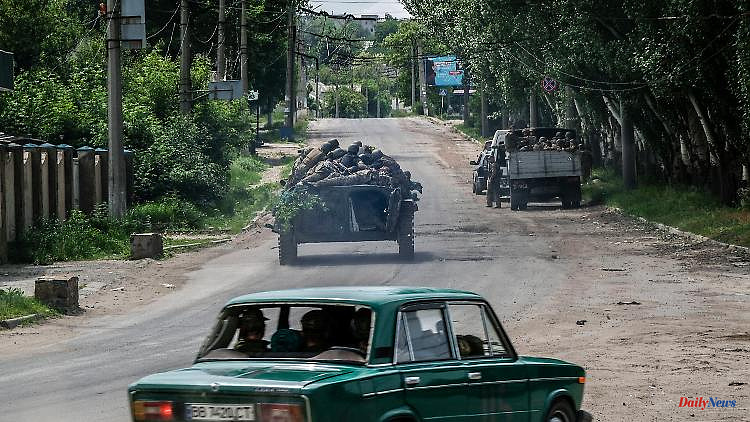 Shells fell not only in Sievjerodonetsk, but also in the neighboring town of Lysychansk. The residents who stayed mourn the loss of their loved ones and long for an end to the constant shelling. Many people in the eastern Ukrainian region blame Kyiv for the situation.

Maksym Katerin's eyes are red. He is standing in his garden in the Ukrainian frontline town of Lysychansk in front of two fresh graves strewn with rose petals. A grenade hit the garden here on Sunday. His mother Natalija and stepfather Mykola, both 65 years old, died instantly.

After months of shelling by Russian troops, the strategically important city of Lysychansk in eastern Ukraine, located between Kramatorsk and Sievjerodonetsk, has been badly damaged. There is no drinking water, no electricity and no telephone network. Ukrainian artillery used the high position of Lysychansk against Russian troops fighting for Sievarodonetsk on the other side of the river.

Katerin's neighbor Yevgenia Panicheva cries when she thinks of the death of Katerin's mother. Her "stomach was torn open," she reports. "She was a very good, kind and helpful woman," she adds. "They bomb and they bomb - and we don't know what to do." Nataliya and Mykola were not the only civilian casualties in Lysychansk on Sunday. A six-year-old boy was also killed, police say.

In the center of the city, which was home to almost 100,000 people before the war, torn power cables lie on the street. Malls are burned out, the sky is yellow and the air is filled with the acrid stench of smoke. Oleksandr Pochna, a lieutenant colonel in a special police unit, says the shelling is increasing every day. The police are trying to persuade as many residents as possible to evacuate.

The few people who venture outside are on foot or by bike. At a fire station, some of them are queuing for water, which shows a greenish tint. They say they can't leave: because of a lack of money, because of their relatives or because they have to take care of small children and pets. Sergiy, a metalworker, says: "We have small, five-month-old twins, so we have nowhere to go, we're in the basement." Some people in the Water Serpent are calling for negotiations to end the conflict. "Can't we come to an agreement without guns?" asks a woman named Galina. "We must try to reach an agreement."

Many people in the city have only seen Ukrainian soldiers and are cut off from any sources of information. They blame Kiev's troops for the shelling. An angry woman, who declined to be named, says: "It's the Ukrainians who are bombing us. They don't see us as human beings. They call us separatists." An old man agrees: "It was our own people - the Ukrainians."

Many residents of the primarily Russian-speaking Donbass coal region feel closer to Moscow than Kyiv. Officer Pochna is aware of the mood, but confirms: "The Ukrainian army is only defending itself." Meanwhile, the pounding of shelling can be heard almost continuously - the sustained roar of Russian missile launch systems.

1 400,000 displaced children: wave of violence overtakes... 2 Home office record thanks to the pandemic: In 2021,... 3 Last attack on the record ?: Serena Williams surprisingly... 4 Gunnar Beck is not a professor: AfD politicians should... 5 Far more doses than needed: Eastern Europeans want... 6 "Much more is not possible": Sommerhammer... 7 Recipe for success bad service: "Karen's... 8 Sam strips naked on OnlyFans: Charlie Sheen is mad... 9 Against Abou-Chaker's will: Bushido's swanky... 10 Does omicron vaccine protect against BA.5?: Why the... 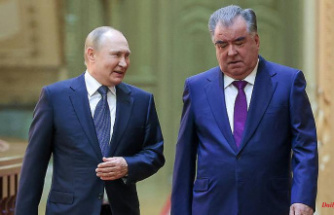 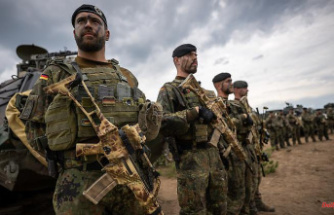 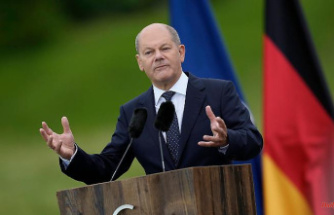 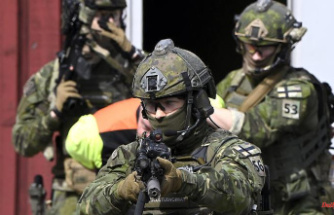 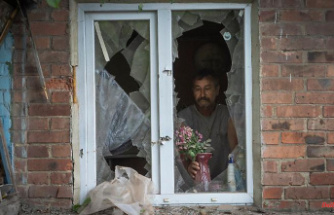 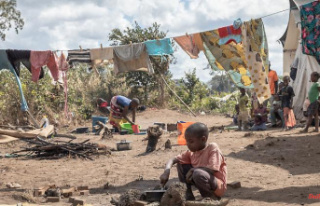