"They took Mohsen away from us": Execution of 23-year-old sparks anger among Iranians

After the execution of a 23-year-old demonstrator in Iran, a number of people took to the streets with slogans such as "Death to the dictator". 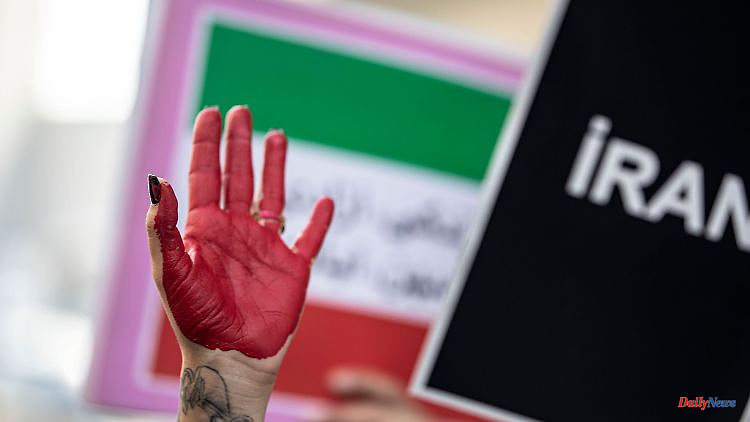 After the execution of a 23-year-old demonstrator in Iran, a number of people took to the streets with slogans such as "Death to the dictator". The regime claims to be responding to the unrest with "great restraint". At the same time, Iran's President Raisi is insisting on his tough course against the demonstrators.

Angry demonstrations have broken out in Iran after the execution of a young man for taking part in anti-government protests. In the capital Tehran, protesters took to the streets on Friday night and shouted, "They took Mohsen away from us and brought his body back," according to a video posted by the online channel 1500tasvir. The Iranian government said it was reacting to the unrest in the country with "the utmost restraint".

The Iranian authorities on Thursday executed 23-year-old Mohsen Shekari, who is said to have injured a member of the paramilitary Basij militias during a roadblock in Tehran. Western governments have harshly criticized the execution of the death sentence. Federal Foreign Minister Annalena Baerbock accused the leadership in Tehran of "contempt for human beings". The Foreign Office in Berlin announced the appointment of the Iranian ambassador.

According to the online channel 1500tasvir, Shekari's body was buried 24 hours after his execution in the presence of some relatives and security forces in Tehran's Behesht-e Sahra cemetery. His execution was so hasty that his family was awaiting the outcome of an appeal at the time of execution, 1500tasvir reported.

Shekari's death sparked angry protests. Demonstrators gathered on the street where Shekari was arrested. Elsewhere in Tehran, slogans such as "Death to the dictator" were being shouted. New demonstrations have also been announced for the weekend. "Regardless of faith and ideology, we should join the rallies to protest the brutal execution of Mohsen Shekari," said Canadian-Iranian activist Hamed Esmaeilion, who has organized many protests abroad, for example in Berlin and Paris, against the leadership in Tehran.

Iran's President Ebrahim Raisi has confirmed the tough course taken by the political leadership against participants in the system-critical protests in the country, which will last for almost three months. "Troublemakers" and those responsible for the deaths of security forces are being identified and pursued "with determination," Raisi explained, as the daily "Shargh" writes. Critics of the political leadership also see the words as a defense of the executed death sentence.

Federal President Frank-Walter Steinmeier condemned the violent actions of the Iranian leadership and paid tribute to the demonstrators. "I admire your courage," said Steinmeier in Berlin. The political and religious government in Tehran uses "extreme violence" against "innocent" people who long for "a future in freedom" and "no longer want to be subjects".

He made an urgent appeal to the Iranian leadership to stop the violence against peacefully demonstrating children, women and men. "Human rights are not an invention of the West, but an achievement of mankind," said Steinmeier. The longing for freedom cannot be "suffocated anywhere". Germany and the international community have a duty to continue to closely monitor what is happening in Iran and to "raise their voices".

The Iranian Foreign Ministry has rejected criticism from the West of the actions of the authorities. Unlike many Western governments, "which violently repress even peaceful demonstrators, Iran has used moderate counterinsurgency methods," the State Department said on Thursday evening. The same applies to court proceedings, which are "fair". However, public safety is "a red line" in the protests, the ministry emphasized.

"Instead of spreading politically motivated lies, the West should stop harboring, supporting and encouraging terrorists," the statement said. Tehran repeatedly accuses the United States and its Western allies of being behind the unprecedented protests in Iran.

The protests were triggered by the death of the young Kurd Mahsa Amini on September 16. The 22-year-old died after being arrested by the vice squad because of an improperly worn headscarf. Activists accuse the police of abusing the young woman.

1 Lithium for cheese: EU and Chile expand trade 2 "Get through the winter well": Gas storage... 3 Exclamation mark before the tour: Ecstatic violinist... 4 Declining for decades: What is behind the bed crisis... 5 Colorful stays colorful: Nina Hagen marches under... 6 Saxony: Ministry of Social Affairs helps Tafeln with... 7 Baden-Württemberg: Karlsruher SC separates 1-1 from... 8 Bavaria: Another kilometer-long traffic jam due to... 9 North Rhine-Westphalia: right bomb construction in... 10 Hesse: girl saves herself with her brother from a... 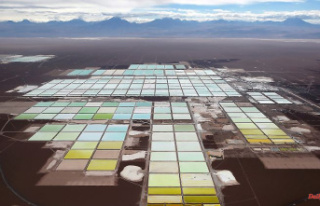